The idea is simple, i think.
If solar panels produce X amount of energy 'too much' is there like a outlet/plug/device or something that can draw a certain amount of enegy but is able to adjust that amount?

example situation:
If the solar panels produce 2500watt but the house only uses 200watt when nobody is home.
The 2300watt left is being drawn to 'a plug/outlet' and a electric heater for example, or to a usable device.

Then de dishwasher start and the freezer kicks in... now the house use around 600watt, and since some clouds came up only 1900watt is being produced.
so that outlet/plug only draws around 1300watt for that electric heater/plug/outlet/whatever.

I do have a smart electric meter and i'm able to see how much a produce, use and put back on the grid. But since 'putting on the gridd' isn't as intresting as using it myself on the spot i would prefer a device/plug that would adjust it's 'power' to what energy is left over.

I'm sure this is all possible, though don't have the brain power or setup to suggest how to achieve it.... I'm sure others will.

Store the excess energy in a battery, like a Tesla PowerWall, to be used later when the demand exists. Or feed it back to the grid and make some money in the process. Those are the only two obvious solutions that I know of.

Slightly more expensive than a rule on HE though, you have to admit...? Even though the more appropriate solution in the end...

Slightly more expensive than a rule on HE though, you have to admit...?

Yes, but since there is no such power adjustable smart outlet on the market, there really is not a Hubitat solution readily available. Devices do not really have the ability to use a variable amount of power. Devices draw the power that they need. Whereas a solar energy storage battery system, is designed to do exactly what the OP wants. Definitely not cheap, but safe and reliable.

Ah, fair point, I interpretted the request as being to run devices on and off based on solar production and use, but you are right, I should have read more closely. A tough ask to control the draw of devices, and not something that I expect would be achievable directly via HE, if at all.

I have a verry small home battery (5kwh).
Feeding it to the grid in my country is a option but if you later ask power back you pay more then when you inject it to the grid... it's not a 1 to 1 ratio.
More like a 1 to 3.

The idea is for example to use the "to inject" energy to start heating the house.
So when we are getting home and we fire up the gas-heating it already has a head start. June, July and August is the only time in my country we don't really need heating... or at least not that much.
All other days heating is needed most of the time just 'a little' in the evening.

Then I still feel like it is the "smart" use of appliances more so that controlling the power being drawn, as @ogiewon pointed out, that is less of an option.

And aside from your option to pump the battery power back to the grid, your on a similar arrangement to me here in Aus, 25c I think to draw from the grid and 9c if I'm lucky to send back to the grid directly from the panels.

You could be right in some way...

I know my electric space heater usage (2400watt) so when i have +2400watt power i just turn on that heater.
But the problem is when i have less...
what would this heater do when you give it only 1000w instead of the 2000W... work half that good or not at all?

I think both the potential for it not working as it should or even worse, plus the possibility of achieving some control of the power being sent, neither is something I would be targeting, personally. I'd be trying to adjust your use of the devices based on the production, but allow for some time where you are drawing more than you are producing.

thx for the input.

I have a smart dishwasher, washer, warm water heater so those are mostly already preforming as intended...
Use solar energy when produced but when there is a dip in production (clouds) the battery fills in that gap.
For night time the battery is just enough to make it to the morning.

During the day the battery charges pretty fast and i even have power left to put on the grid... not much but i would rather use it that lose it or better lose a little on it. 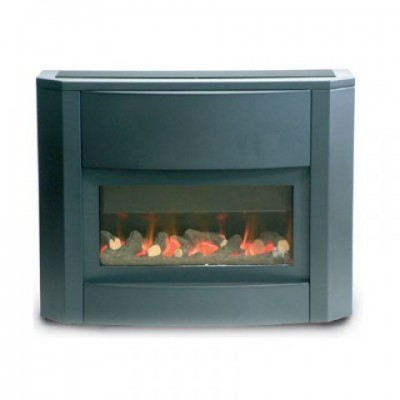 Those are not smart and gas price trippled in the last year so any heating help from the "to inject" power would lower cost on the gas-bill...

I invested in the solar panels and my GF is still a bit sceptical about it... so it would improve de WAF factor.

So it boils down to (pun intended, though may not translate....) turning on the electric heater when you have surplus electricity being produced by the panels when the battery is full, if we put the option of controlling the amount of power being drawn to one side....?

It sounds like you can detect the solar production details ok, so it all depends on understanding the likelihood, in my opinion, of a lengthy sunny period into the future and therefore continued solar production that could be consumed by your electric heater.

The best I can offer is to try and:

Hmmmm... Now that I think about it, rather than predicting the future, maybe it's more a case of understanding how much you have already used from the grid and catering your use according to that. If you have a threshold you are wiling to work within, then if you are well short of that, then use the heater, otherwise turn it off once you start drawing from the grid. Perhaps with a few other smarts thrown in....

I can in some lvl predict what would hapen with my production in about 10-15min...
long story short, others share the production they have and if i make a circle from my house i can see that others have a drop in production (clouds) and it's comming my way.
But even then i'm not talking about usage untill the last micro-watt...
more in the line of 500watt for 2 hours not being lost...
I could run the dishwasher twice but that's not really a good usage

I had (on solar forum) the tip to wait with charging smart vacuum(s), laptops...
they don't use 1000watt to charge and are easy to link to hubbitat with a standard plug. Also... how do you call it... powerbanks for when power is out like for hubitat could be limited to charge on those moments.

Fun fact... My GF was thinking about a adult toy powered by a outlet... just hope for her it's not a cloudy day... YEAAA... brrrzzz... nooo

I expect the heater is where you time is best spent... at least in terms of power usage

I had to look that up

i didn't knew what it was.
I don't have that. I have a 'normal' electric warm water heater (100L) with only the options 'on' or 'off'... when my panels are at there peak i use the 'on' function thx to a smart wifi outlet... if there is a cloud or whatever, the battery could help there (if need). After 1 - 1.5 hour i have enough warm water for a few days.

But the workings of the device is kinda what i'm looking for but not for hot water... more for electric heating... also preferd if the price was more lik 45.9€ instead of the 459€ i see

TWCManager is something like this -- it takes solar output and decides when to charge the car and with how much power. The idea could be generalized, of course, but you need to have a load that a) you would eventually run anyway, b) you can control the consumption of with relative precision, and c) you can trigger automatically.

Not too many things fit those criteria.

I like that idea...it's an insulated 'energy store' for later use during his peak demand (for hot water).

But in truth, heating element loads just gobble up electricity. Maybe a house full of 12V or 24V DC lighting, TV, etc.... and a new battery, to get a better use out of that power.

There are a number of solar optimisers on the market. I have an Apollo unit that feeds excess solar energy into a storage heater. Works very well, especially in Spring and Autumn. In Summer when it’s generally warm anyway I have to turn the heater off. These units are also very good when set up with an immersion heater in a hot water tank for free hot water.

A relatively low cost option would be to buy some low power space heaters, like 600W ones or something. As excess energy becomes available you can start them up one by one and then also turn them off one by one as the excess energy decreases by using smart power plugs.

I have solar panels with a 7.5kW battery. The panels will primarily supply the house with what it requires and secondarily charge the battery with any excess power. If the panels produce more energy than the house can use or can be used to charge the battery, then it will export to the grid. Like you, I have been looking at what I can use that excess power for rather than exporting it. I turn on the hot water heater to sink the excess in to that for example. However, I found that my hot water heater is not intended to be run for periods shorter than 30 minutes or to be completely without power for more than 16 hours per day. As @sburke781 noted further up, make sure the appliances you are controlling like this are designed to be able to take it.

In my instance, I had to set up some RM rules in HE to make sure the heater runs for at least 30 minutes before it can be turned off again and I also had to run additional wiring to the heater to make sure its protective element wasn’t without power for more than 16 hours per day (I wired it so it had permanent power, separate from the heating element. This was the supported and preferred wiring solution by the manufacturer when controlling power to the heater through a building control system).