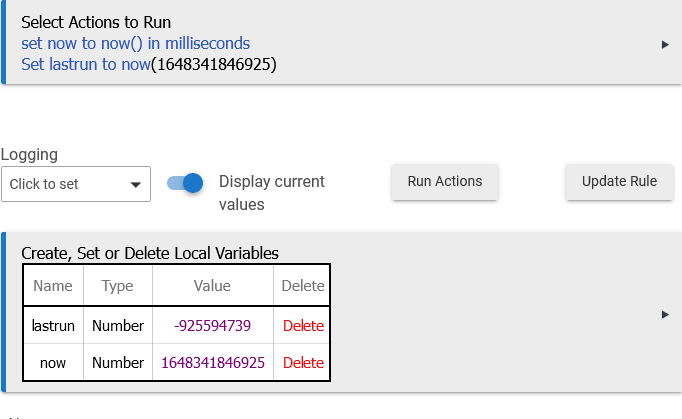 to test if the Number variable could actually hold a bigint, i edited the variable manually and set it to 1648341980412. works fine.

Just for the sake of discussion, what happens if you name the variable something other than now?

what happens if you name the variable something other than now?

similar type of oddness. if i set a variable to a constant big number and then set another var to that, both are set like they've overflowed. 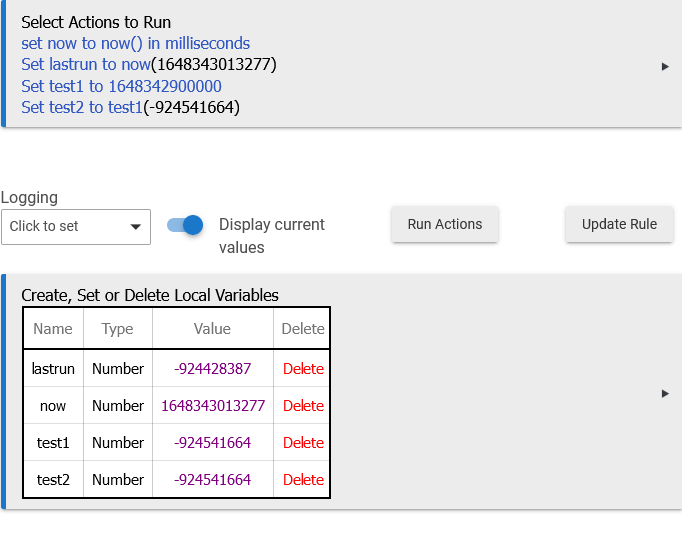 i can edit the variables manually and set them huge. so those Number types must be bigint. is the UI stuck in int ?

Definitely looks like an overflow, might be able to use a string variable convert it to number to do the math and then store back as string.

I will look. I thought I had weeded out all of the int references...

Yeah, found a few lurkers. Fixed for next release. Thanks! 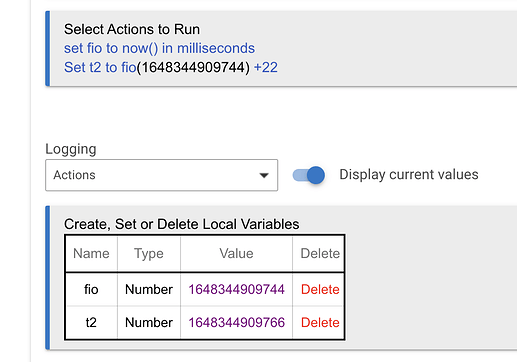