I have a couple of use cases that I cannot figure out properly. Any help would be greatly appreciate.

Note that my system consists of:

The proper desired behavior would be that regardless of whether the sensor is active/inactive, the motion lighting app retriggers and turns on the lights in the scenario above (even the first time that the motion sensor detects any activity). For instance, if I am sitting in my family room and hold Pico button 5 to turn off the kitchen lights, then go into the kitchen, the kitchen lights should turn on.

Same desired end state as above.

Photo of an example app and Pico remote program. Note that I'm confident my issue doesn't lie in my groups / scenes. 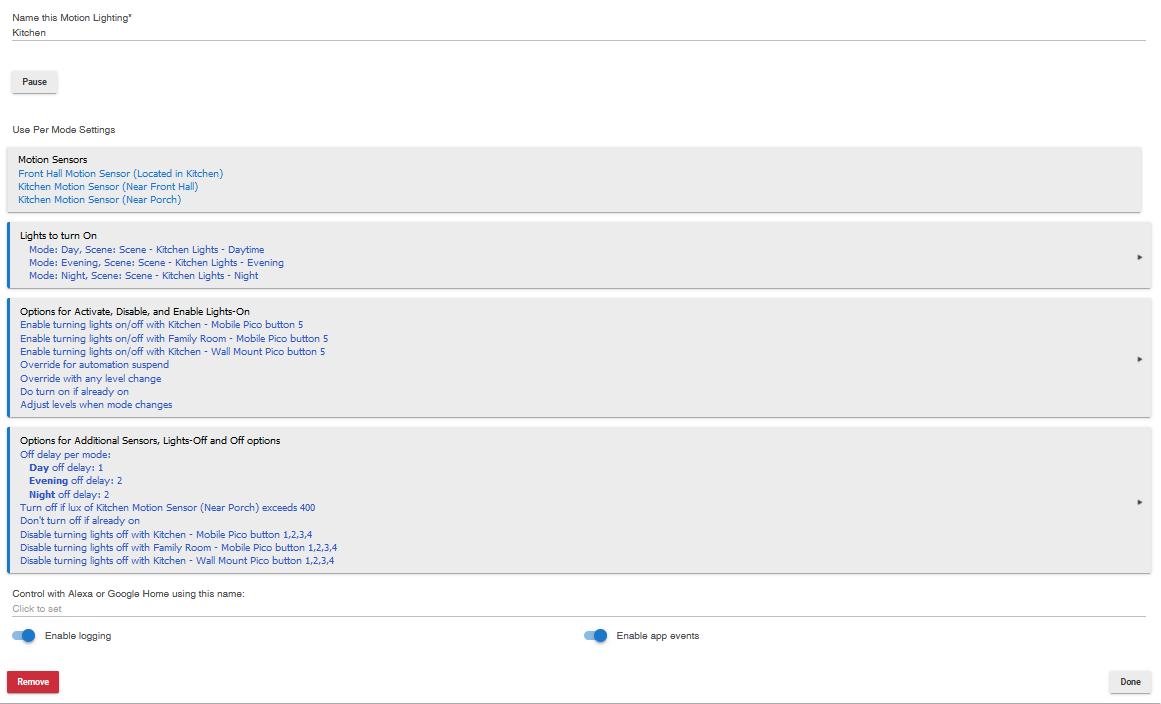 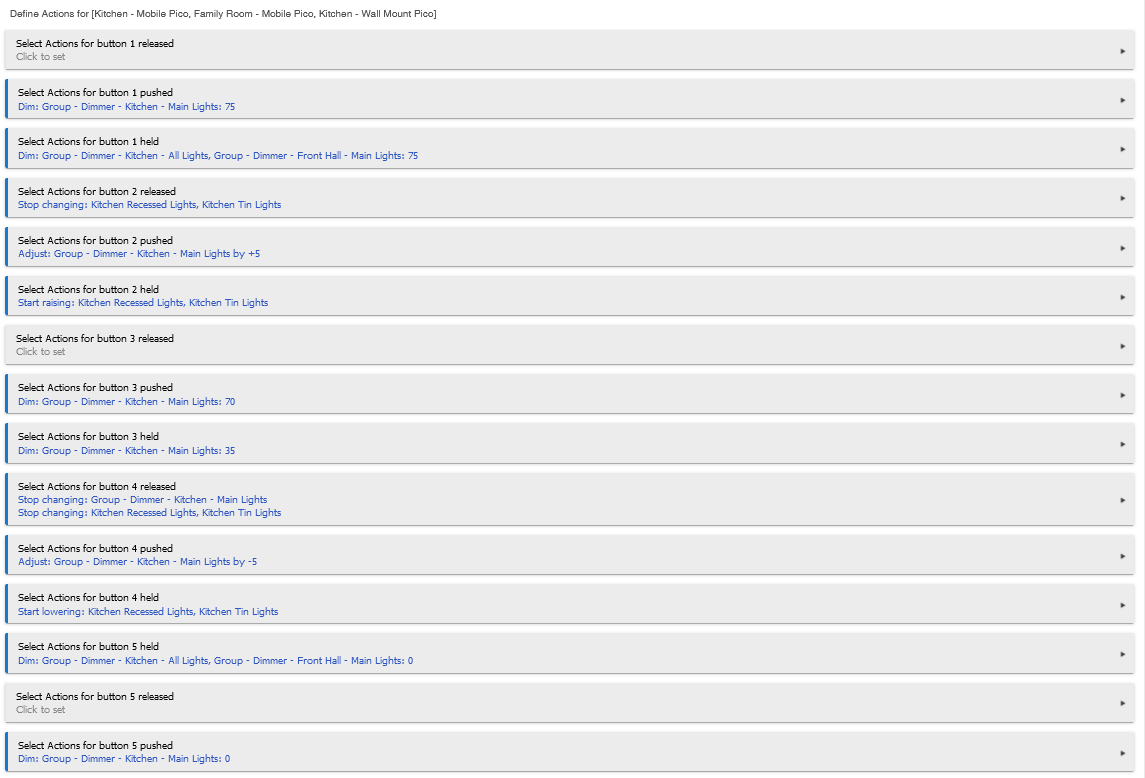 In my experience, this community app works much better than the Motion Lighting app. I would recommend you give it a try for one of your setup to see if it does what you need:

Here is one of my Motion Lighting Apps that behaves the way you are describing you’d like yours to work. The important “trick” is to use the same light switch in the bottom section as highlighted, as in the top section. In this way, when the switch is turned off manually, motion lighting will understand this and reset everything for the next motion event that comes in after the motion sensor’s cool down time has expired. 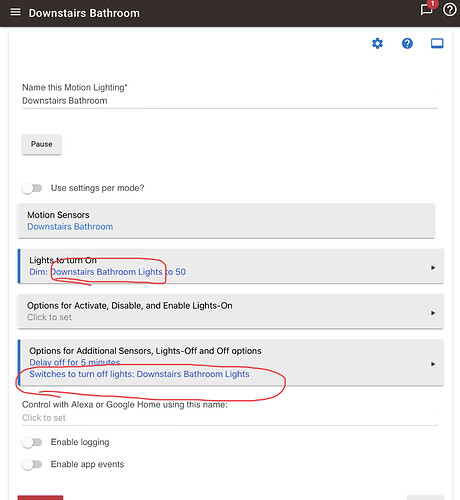 Thanks - I am going to check that out over the next day or two. I somehow hadn't seen that the community app existed.

Got it - and thanks. I'll try this too although not sure it gets me 100% to where I'm trying to get to. Really appreciate the feedback