Anyone doing anything here? I’m thinking of putting a water leak sensor somewhere that triggers when dry to indicate the pool needs topping up and also would like to know that the water level is too high but the splashing in the pool will trigger this state...

There is a long thread in the ST forums with pool automation. Its pretty complex and requires arduino parts and coding. I think he had a sensor mounted in the skimmer that measured the distance to the water level. Its all outlined there.

All I have for my pool is a zwave temp sensor and a zwave switch on the pump so I can turn it on/off without having to go outside and do it.

My pool pump is on a timer and I’m sure it runs more than it should. I have no way of knowing other than I have no leaves and it’s not green. Any smarts to be done there? You turn your pump on manually (from indoors)?

I installed a GE outdoor 240V zwave switch out there on the pump and added it to my good night scene so it turns off at night. I usually just turn it on when I feel like in the morning.

Its as simple as saying 'Alexa turn on the poop pump' while drinking my morning coffee.

I use a Float Switch and an Ecolink Door Sensor. 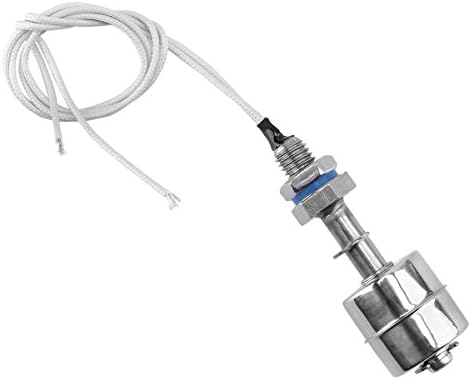 The Float Switch is mounted to the lid of a waterproof container and then wired to the internal contacts of the door sensor. The Float Switch is just a magnet on a shaft, with a reed switch inside. You can invert the magnet float and change normally open to normally closed. 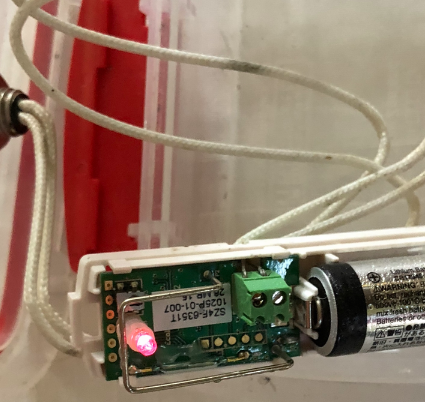 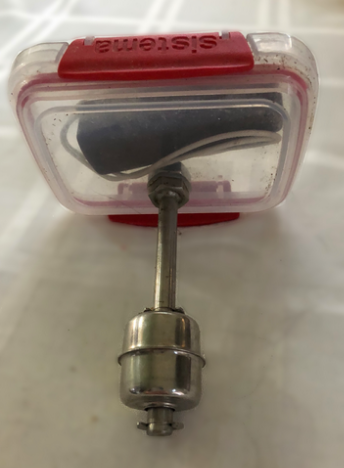 The entire assembly is then mounted to the underside of the skimmer cover.

so it turns off at night

Not here in Texas. You intentionally run your pump and water features at night in the summer to cool the pool down.

Otherwise the water gets 90+ DegF.

I use a Float Switch and an Ecolink Door Sensor.

Amazing. You gave me my project for the spring. That one is a little short for my skimmer but I found one on amazon.ca that is double the length that should work. Unfortunately I have wait until the spring so I can open up the skimmer and take some measurements.

Looks like a simple solution. My temp monitor is very similar. Even in a little plastic case like that.

'Alexa turn on the poop pump'

Just quoting this before you get your edit in.

I'm just going to leave it there.. haha

There is a level detection library available in the Hubduino project. It uses an ultrasonic sensor to detect the level of water. Before now I've not seen it used for a pool, but there's no reason it couldn't be. This would allow you to report back a specific level rather than just an above/below reading.

I really like this design, especially since it is all low voltage & battery powered. Low voltage/battery powered equals safety in a swimming pool. Even if the whole thing gets submerged, no one is going to get hurt.

I have a bit of a fascination of electronics and water... My kitchen sink has a garbage disposal. However, the switch for the disposal is pretty far away from the sink due to a kitchen remodel many years ago. With the sink its new location, there was no way to move the switch nearby. Instead, I installed a device called a FiberSwitch (company is out of business now.) The FiberSwitch allows for a wife-approved surface mount membrane switch in the kitchen counter, which only has a plastic fiber optic cable connected to it. The other end of this fiber optic cable goes into an electronics box which senses when the button is pressed to toggle on/off a relay connected to the actual garbage disposal 120vac wiring. The beauty of the fiber optic cable is that it does not conduct electricity, thus making it safe to use in a wet environment.

Another solution to this problem is to use a pneumatic switch. However, those require a much larger hole on the granite counter top which I was trying to avoid when we remodeled.

Anyway, I am just rambling... I am always curious of new ideas to deal with electronics in a wet environment safely.

Yeah, good point I hadn't thought of that one. But a 5v device would be a better option than anything running off 120vAC at least.

Curious what water tight box you’re using and how you’re attaching to your skimmer lid if you could share that info. I assume you’re just monitoring if it’s too full vs needs more water? Guess you’d need two at different lengths to do both. Thanks!

how you’re attaching to your skimmer lid

I began with using tie-wraps through the finger holes just to verify it would work. It's out in the middle of the yard, so not exactly the best mesh

I found it was pretty darn close to the right placement for the high/fill water level. I ended up needing to offset it from the skimmer lid by about a quarter inch. (Adding space between the inside of the skimmer lid and the container pushes the level sensor towards the water surface. I had some spare pieces of acrylic from building the Pool controller and just glued it up. Replaced the tie-wraps with some stainless steel screws and nuts and they go through the skimmer lid and through the spacer with double nuts that allow very fine adjustment of the height... which I don't actually need.

I assume you’re just monitoring if it’s too full vs needs more water?

I am just monitoring 'needs more water.' Fundamentally I've 'calibrated' the number of minutes of fill water would get the sensor to change state. Obviously I want to fail to fill vs fill to overflow because the batteries died. What I have planned is to fill for no more than 20 mins per day. I know that is the exact length of time it takes to add an inch and a quarter of water level. I'll permit that to run twice without a change in the level sensor (2 days) and then it will halt with an alert, never to run again without human intervention.

I have not completed that stage, I have no Remote controlled valve installed yet. I used the last 'channel' for the Pool Shower so I have to invent another mechanism. The kids went into the Pool for the first time yesterday so I guess it's time to resurrect that project.

I purchased some AA battery holders and have a project to use a pair of AA's to replace the CR123's and CR2's, which would include that Level sensor. But the CR2 battery hasn't died yet!! How annoying

Old thread but i have a question please. When i try that link i get routed to a 110v water level sensor. Do you happen to have a model number for the low voltage one you used?
Thanks. Mac.

That's the one I'm using.

It's just a reed switch inside the long tube with a magnet inside the float.

The reed switch can handle all voltages up to 120v. Including the 3v used via the Contact Sensor.

Thanks. I think I can use that on a zen 16 for triggering the valve to open or close off the switch input. Seems easy enough and mains powered off 24 volts.
Cheers.
Mac