Is the aqara temperature sensor the best bang for the buck?

I wish I could find wired ones to extend my network

Given what you have described of your zigbee network in the past, I must caution you against using non-standard Xiaomi Mijia/Aqara devices with Hubitat. They work well only if the communicate directly with the hub, or if ALL the zigbee repeaters in the mesh are Xiaomi-compatible. Otherwise, they fall off the network fairly easily.

Thank you. Do you have any reccomendations? Sonoff https://www.amazon.com/Temperature-Humidity-Checking-Thermometer-Hygrometer/dp/B08BCJNDYQ/ref=sr_1_5?crid=25KT8RZZ84924&dchild=1&keywords=zigbee+temperature+sensor&qid=1623193771&sprefix=Zigbee+te%2Caps%2C184&sr=8-5

If your zigbee channel is 15, 20, or 25, I can recommend the Konke Temperature & Humidity sensor. I have ~10 of them now. They are pretty accurate and responsive, Battery life is excellent. And they work with any repeater.

@JasonJoel, who is way more knowledgeable than I’ll ever be about automation hardware/software, has indicated recently that he is satisfied with his Konke sensors as well.

There is a community driver for them written by @muxa. I bought them on AliExpress for about $10-12 each.

Thank you, do hue light, connected to the hue bridge extend my network?

I have a system that contains Zigbee, Z-wave, and WiFI devices. I was looking for inexpensive water leak sensors and vibration sensors so I picked up one of each type from Aqara. Although they pair as Zigbee devices on Channel 20, I have difficulty getting them to operate properly even 15 feet away from the main hub. I purchased them knowing it would be a risk. I have four Centralite Zigbee switches that work well as repeaters for all my other Zigbee devices, but not with Aqara.

There are people who use Aqara devices successfully, but many of the seem to be committed to Aqara and they build their system around Aqara devices and Aqara-compatable repeaters. I started with Smartthings, so I purchased devices built around Smartthings. Most of those devices work well with Hubitat. The Aqara devices were a recent experiment that failed.

If you are just getting started into home automation, you can decide which route you want to take and proceed accordingly.

With Tuya and Sonoff moving to the zigbee market, I hardly think Aqara has any advantage.
They might even force other players to lower their price.
There are Tuya zigbee water sensors, but no vibration sensor yet.

Do you have any reccomendations?

I bought this if you want a display (this version only shows degree in C), it works with the Sonoff Temperature and Humidity driver. 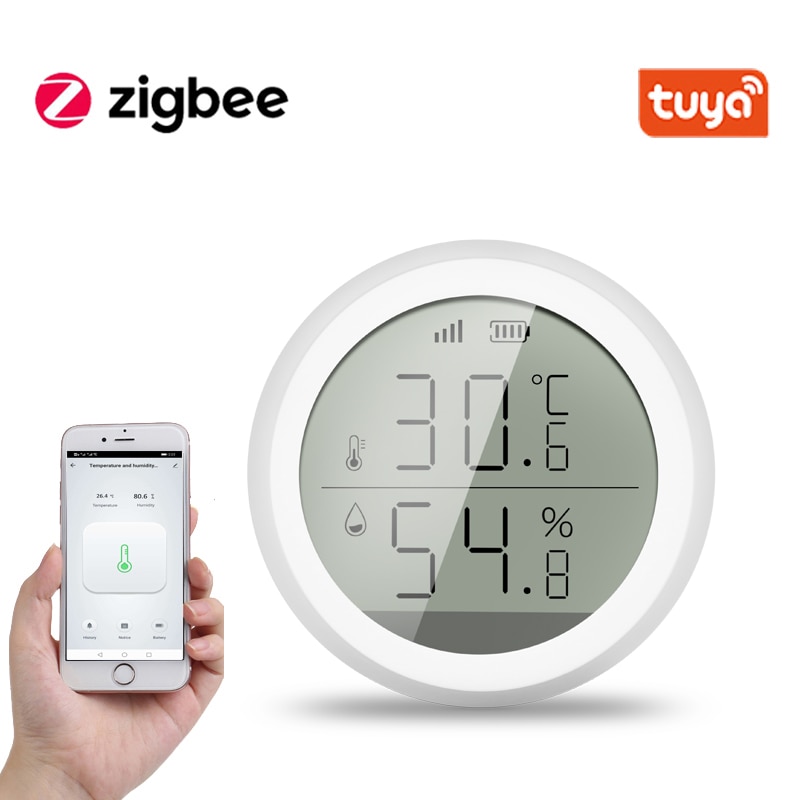 15.62US $ 37% OFF|Tuya ZigBee Smart Home Temperature And Humidity Sensor With...

Do you know the battery life on these?

I've been through 1 round of batteries on my konke temp/humidity sensors. 15 months, but I didn't run then to failure. I replace when they get <40%.

I didn't want ones with displays like the tuya/sonoff. Even more I definitely wouldn't use a device that only outputs in degrees C, being in the US.

1 round of batteries on my konke temp/humidity sensors. 15 months, but I didn't run then to failure. I replace when they get <40%.

I was looking at something like this for my main 2 bedrooms, so I could quick glance without my phone https://www.amazon.com/Temperature-Humidity-Hygrometer-Thermometer-Fahrenheit/dp/B09495MH8R/ref=sr_1_14?crid=X80TT8LKSRFI&dchild=1&keywords=zigbee%2Btemperature%2Bsensor&qid=1623684777&sprefix=Zigbee%2Btem%2Caps%2C170&sr=8-14&th=1