I wish to show the fill level of septic system pump tank.
I have four float switches and with resistors set up a voltage divider so the voltage correspondes to levels in the tank.
And I want to display the level on a Hubitat Dashboard.
I thought I could do it with a Node MCU ESP8266 using its Analog port ADC it would show in a range of 1-1024.
I have the device in Hubitat as a Tasmota and have the Analog child device showing up but it is not displaying the analog level.
But if I look at its log I see the analog level showing as:
parseResult: [Time:2021-05-07T18:13:16, ANALOG:[A0:7]]
currently the voltage was almost zero so 7 makes sense, and it increases to 1024 at 3.3 volts, so it is all working correctly.'
I am new to this stuff and need help with a suggestion of how to get this analog level to end up correctly on a device that I can make a tile in dashboard to display it. I presume since it is there in the logs I must have done something wrong or my newby lack of understanding is the problem. I have attempted to search out ways to solve this and HubDuino comes up but most of the info seems way over my current understanding.
Is that the only way to solve this?
Or is there a document somwhere that explains this consept and step by step that I might be able to follow.
Help and Ideas appreciated.

I'm not quite sure what you're looking for here? Generally a septic tank stays "full" of liquid which is then transferred to your lateral lines. How you are using a device to measure how full the solids are I'm not quite understanding.

I guess I didnt explain. Between my septic tank and the bed there is a tank. the pump in the tank pumps the 'water' up hill to the septic bed. I need to monitor if this pump is working properly, thus how full the tank is.

You could look at the Haas implementation of a Zigbee device [see this thread]
(Thingshield replacement for arduino over zigbee now available for hubitat) I have a few working and they are trouble free.
The device has analog inputs the will directly interface with Hubitat. @ogiewon wrote a Hubitat driver so it can almost be plug and play.

How does the pump connect to your electrical system and do you have access to the tank itself?

The pump is 115v and it has a regular plug on its own circuit. The pump recently quit and was just replaced and the cover to the tank has not been covered back in and sodded over again yet. Thus I built a level reading device consisting of float switches with resisters in voltage divider array so the voltage goes 1/4 1/2 3/4 and full voltage. This is on the analog input port of a node mcu esp8266 and correctly reports digital in the 0-1023 range. So my hope was to get that reading into HE on a tile so I can see what is happening. I don't want to find out the hard way when/if the pump quits again.

I tried to do something similar in my septic system, but nothing quite worked out. I ended up installing a Blink outdoor camera on a PVC structure I built to put above the inner access hatch cover. If water rises above the inner access hatch, then I know I have issues (caused by soil saturation). This works remarkably well especially given that the camera is inside a 3-4" concrete container.

I have a 2500gal tank to supply my house. Using an ultrasonic sensor on the lid. https://www.amazon.com/gp/product/B07V6HSN8B/ref=ppx_yo_dt_b_search_asin_title?ie=UTF8&psc=1 That sensor wired into an ESP32 micro controller coded with Arduino and using Hubduino library. On the Hubitat side using a DH that can report the tank level as a percentage and how many gallons is left. 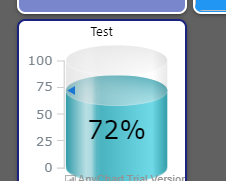 Typically what you see in small commercial systems (both septic and domestic pumped water supply) is two pumps controlled by 4 floats in conjunction with a duplex controller. Something like this: 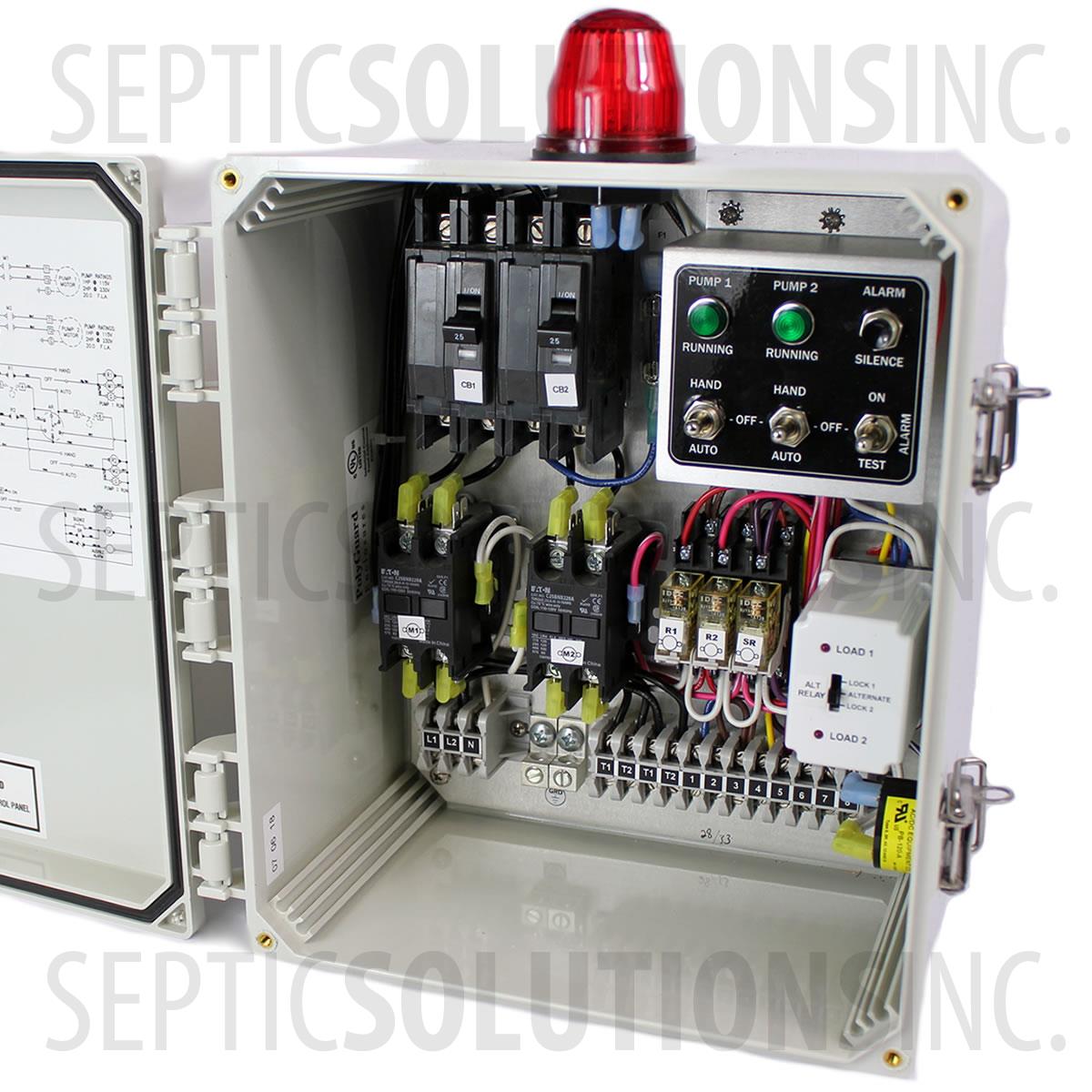 I recently helped a friend accomplish basically the same functionality with a hubitat and his septic system. He doesn't actually use the hubitat for anything else, lol, it was a lot less expensive than a duplex controller. I set it up just to switch pumps once a week, I wanted to make sure that if his hubitat was acting up that there would be no adverse effects on his septic system, but I also wanted all the features of a duplex controller, along with the huge added benefit of notifications. In the end it was fairly straightforward and not as complicated as using a hubduino. The advantages to this system, is when I pump goes down, you are notified and you have lots of time to fix it (the other pump just does the job).

I know this is not exactly what you are looking for, but two pumps with a duplex controller is industry standard for an application similar to yours that is anything more than residential and I have even known some homes to install a system like this. The reason why most homes don't have this system is cost, you have 2 pumps instead of one, plus a duplex controller than runs between 500-1000 dollars, but with a hubitat it is easy to implement the same functionality at much less cost. Just thought I would throw the option out there.

I obviously have only one pump. Since there is a possibility of the frost level going as deep as the piping between pump and septic bed there is no check valve, so it drains the line back to the tank after each run. The line can not be deeper due to bedrock. This was originally a seasonal place. When we retired here full time I considered redundant two pump system but that becomes too difficult, without a check valve the pressure would force water back through the off pump. So I gave up so no redundant setup.