I start having panic attacks when it comes to Zwave

New zwave firmware with latest update. I've actually been impressed with the performance of my zwave network for the last year or so. Not sure what this latest firmware fixes or breaks but it makes me nervous even opening up my zwave settings lol. It takes a little while to install so plenty of time to panic. I guess it's a good time to run around the house and see what's works or not. 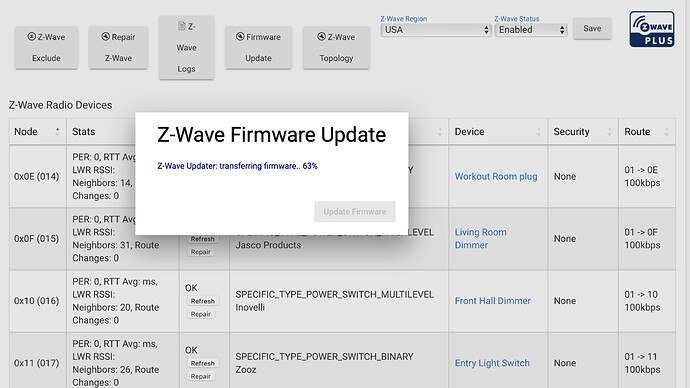 I saw big improvements with this update when I installed it under beta. I previously had at least 25% of my 40 plus devices showing an RSSI of under 16, some as low as 3 (despite reboots, power downs). After the update just one device is below 16 (at 14). I couldn't find any bug fix/change in the silabs release notes that appeared to be relevant to my installed devices (primarily fibaro) but there's certainly an improvement in stats for me even after several weeks.

Thanks for the info, it's really much appreciated!