Here is my latest HubDuino project ... a 4 Button - 1 RGB LED (well really 2 RGB LED wired in parallel even though I know its not recommended). 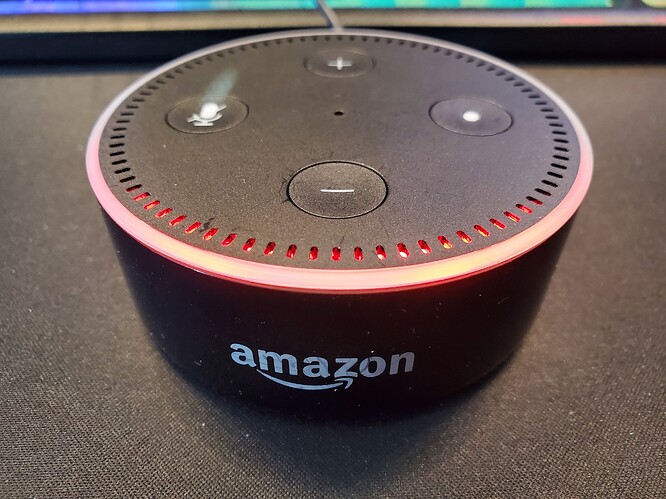 I gutted a spare echo dot I have for the case (which I am still using without the case because it kind of looks cool under the hood). 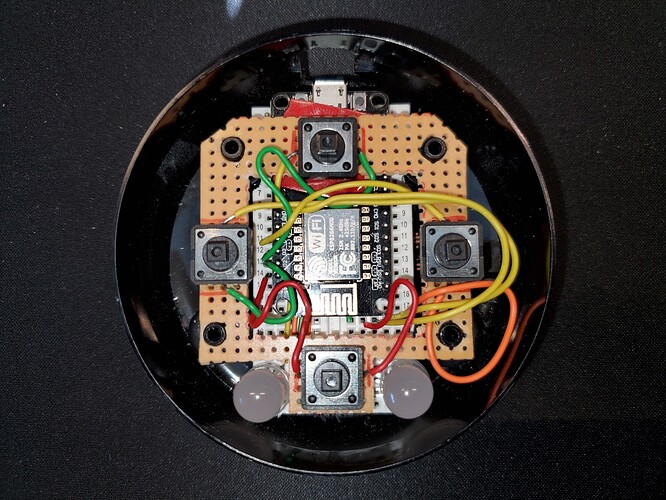 I ripped the power bars off a solderless breadboard and dremeled off a few rows towards the bottom of the breadboard to fit inside the echo dot.

Then I soldered some breadboard wires to the buttons mounted on a piece of cheap perfboard and connected those up so some input pins and ground on the ESP8266 and was able to get it all nice and snug in the echo dot enclosure. 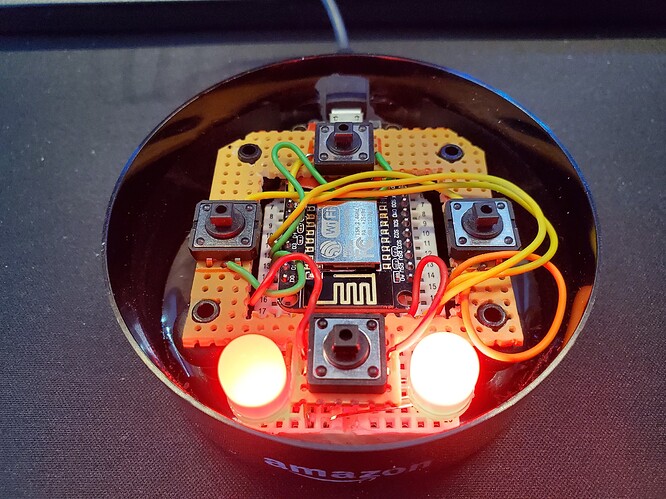 As I mentioned above, I know its not the recommended way of using LEDs wired in parallel but discovered it seemed to work fine, and at this point the LEDs only comes on when I am in my office and the garage door opens. 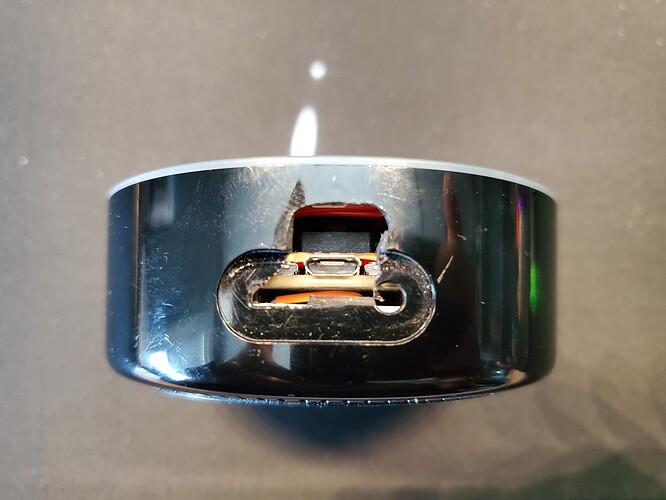 I wasn't able to reuse the original micro usb slot and had to open up the back a bit to make it work, I did have a slight miscalculation which is why it looks so big. I am not too worried about it though since you can't see it when in normal use.

Now I have to figure out what to do with all my buttons (4 presses, 4 held, and maybe 4 release although I am still trying to wrap my head around using a release as button).

Right now I have buttons perform the following actions

I think HubDuino might need it's own category where people can show off what they have used it for. The main HubDuino thread is getting to be a pretty long read !!! Thanks @ogiewon for a such a great app/driver

I think HubDuino might need it's own category where people can show off what they have used it for. The main HubDuino thread is getting to be a pretty long read !!! Thanks @ogiewon for a such a great app/driver

No arguments from me, but for now I moved the thread to the “here’s a cool thing I did” category, which covers both hubduino and non-hubduino projects

pretty cool, but no voice, right? if you had the devices in HE, couldn't you voice control them through Alexa (pending you exposed the devices to Alexa?)

Yeah no voice on this unit.

I have an echo show in my office, and my gutted echo dot (each with different wake words) and can control most of the things with my voice but sometimes I just like buttons better.

Also sometimes I work really early in the morning at home, and my family wouldn’t like hearing me talking to Alexa.

Definitely understandable. I have an old echo dot gen 2 i might do something similar now that you've inspired me. I'm already using a nodeMCU to control my smart pet feeder and another running WLED, so i have one more just sitting there doing nothing. Making my own remote to do stuff would be nice. (Un)fortunately I'm always with my phone so wind up using the HE app instead

I find the HE app takes too long to load sometimes in comparison to pressing a button for things I want done right away.

I have another NodeMCU that is a doorbell for my home office with a button in the hallway the kids can push that beeps a buzzer as well as blinks some leds on my desk to get my attention since I normally have headphones or music on (sadly not using hubduino for that... yet).

Omg, this is genius. I now know what to do with my last one, lol