How to integrate existing remote controlled fans with built-in lights

I have a pair of fans with lights installed in the same space (screened/covered patio) in south Florida.

They are ALWAYS powered from the main breaker panel.

They are currently controlled via a remote that shipped with them. This is one of those hokey remotes that controls a relay that in my experience is due for failure at any given moment. Either the remote fails, or the receiver in the fan fails.

The remote allows control of BOTH fans and lights independently, but they are either BOTH on of BOTH off.

I would like to replace this control/receiver setup so that Hubitat is in charge.

EDIT: The primary reasons for wanting to replace them are:

Any ideas on what gear to get in order to solve this?

I have intermediate residential electrical knowledge/experience. I can install and wire just about any fixture and switch safely (up to code), and also have good instincts on what NOT to do even if noone will ever see it.

I believeInovelli's fan controller & switch is coming out in February or March. It might suit your needs.

If you don't want to wire anything, I use the Bond controller that learns fan remote RF commands from multiple fans as well as fireplace remotes. 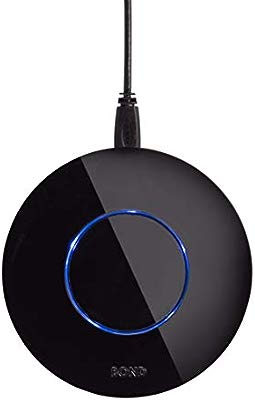 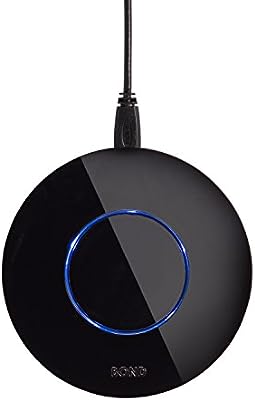 The device doesn't need to be in the same room and has pretty good range. There is a user driver and app that integrates these into HE. 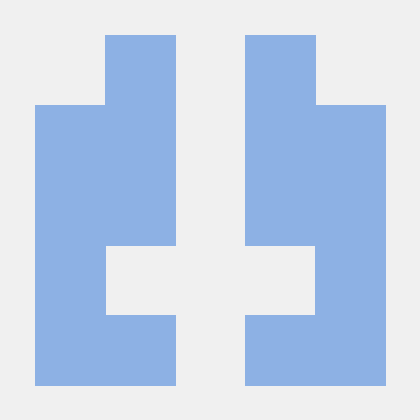 BOND Home Integration for Hubitat. Contribute to dcmeglio/hubitat-bond development by creating an account on GitHub.

Just to make sure I understand.

This device will learn my current remote control's RF signal then allow me to issue commands from Hubitat?

What if I wanted to add buttons to control these commands? What would you recommend?

Yes, that's how it works. Once configured, they appear as devices, so I'd say that any button controller ZigBee, Z-Wave, Lutron should work. I use Picos around the house to control non-Lutron lights which works perfectly. I don't use them for fan control though -- I prefer voice.

Aren't you glad you made the switch to Hubitat?!! None of us wanted Wink to go through the slow agonizing declining spiral it appears to be in. But it was switching that made me realize how handicapped Wink was relative to other options.

Happy Holidays to your family and you!

Thanks … yea, Wink was very limiting … Hubitat is quite flexible, but also has its quirks, but I'm learning to work through those.

But for the most part, so far, so good. Happy Holidays as well!!

So I got the BOND thing.

Works great from the BOND app.

I added the code for the app and the driver, but I cannot get any devices to show up or work when I add them manually.

I did configure the app.

Gave it the IP address and also the token. I set the IP address to static and can confirm that when I move to next step the HUBITAT app can see the two devices I've configured.

Any idea which way to go to get them to be controlled from within Hubitat?

FYI I got it after checking the logs.

I had to add the correct drivers for the devices I have in BOND.

In my case I needed a FAN with DIRECTION and FAN LIGHT.

The logs hinted at not being able to created a certain devices so I tried other drivers. I did not add all because I did not want to add any more than I needed.

Thanks.
Works great so far.

Now I just need a physical switch for it to be wife friendly.

Thinking of the Inovelli Red Series with scene control.

Hope this works as cleanly as I am imagining it.

Back at it.
I got what I wanted working and more.

Wife/daughter approval factor is high in the household.

However, I ran into an issue.

If the light is already OFF, and I activate a SCENE that is supposed to turn the light OFF, then the light simply toggles and actually turns the light ON when in fact what I want is the light to be turned OFF.

I think the root cause is that the fan's signal from BOND is a toggle rather than an explicit ON or OFF.

Anyone run into this and find a solution?

OK got this one solved too.

The magic is being allowed to check the current state before taking action (or inaction).

So far it works as long as I do not use the BOND app to change states which will get them out of sync. This works for me since I did not plan to use the BOND app and want to delegate everything to HUBITAT.

I was inspired by this Wink Relay solution, except mine seems a lot less complicated (probably since it doesn't have to account for Wink Relay loads logic:

I should have mentioned that in the steps...whichever State the light/switch/button currently is in reverse the on off sequence. Maybe I'll edit to account for that; "make sure load is set to off".

In the end this solution works great without having to disassemble fans and rewire them.

The only issue is that the remote has the same effect as using BOND app. Since my wife and daughter like the remote option, I will replace that remote with another Hubitat supported Z-wave remote.

Hey bonus for me.

I have a TV lift cabinet I built and I had to use a separate remote for that.

Guess who learned my TV lift RF signal and is now recognized as shades in BOND?

It's almost too perfect since shades go up and down, just like my TV lift.

I just killed RF 6 fans and an RF TV lift with this one device.

If I could mount it within line of sight of my TVs it would learn those IR signals too.

Too cool for school.

Just ordered one today. I've been looking for a fan controller that didn't require me to unhook the canopy mounted receiver in my 12' high ceilings!

Need help. I've added the BOND app Integration loaded into Hubitat, and it does pick up the 2 fans I have. I have one fan that is 3 speeds and reversible. The other is 6 speeds, reversible and has non dimmable light. Tried several device drivers without luck. Any suggestions? Thanks!!