How to clear out old Alerts and Events history in HSM

For about two weeks I had HSM (*)sync to my Ring Alarm Hub using the Unofficial Ring Integration App, and everything was fine. (**)At the time I only had Smoke/carbon, and Water alerts setup in the HSM. Everything worked great, I would arm or disarm the alarm using the Ring keypad and it would show correctly in the HSM. I could also go into the HSM and click on arm or disarm and the Ring alarm would respond correctly. 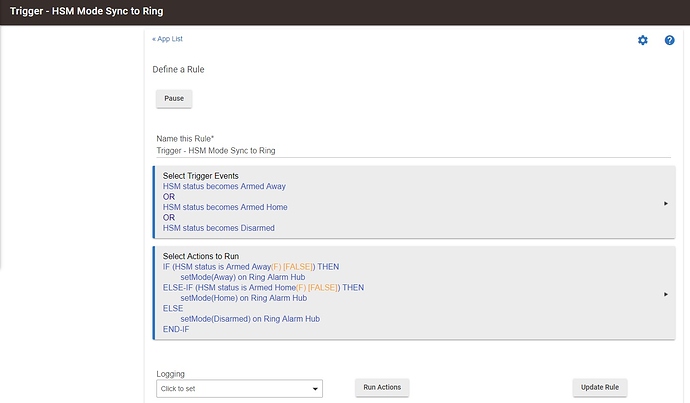 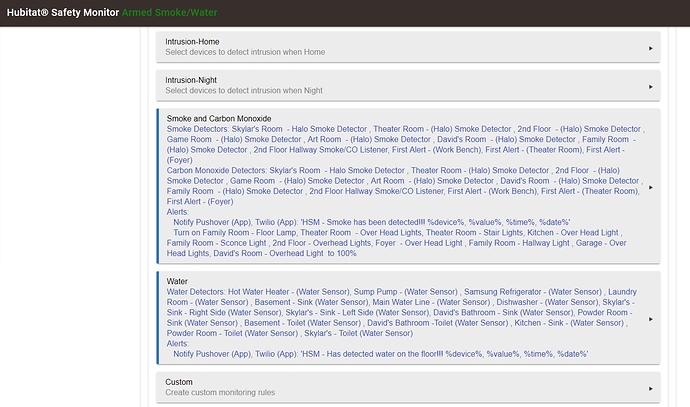 A few days agos in HSM I setup Intrusion-Away mode, but forgot to setup delay for arming and disarming (big mistake on my part). So of course while trying to arm the Ring alarm for away, the HSM Intrusion-Away triggered and I can say everything worked great for the HSM. Lucky for me it didn't affect anything on Ring's end and I was able to disarm the Ring alarm.

So I decided last night to remove the Intrusion-Away setup in HSM, and just keep the Smoke/carbon, and Water alerts setup, like It as was before. But after doing so, I notice the HSM stopped syncing with the Ring alarm.
I tried rebooting the hub, but that didn't help. I tried going back into the App (*) that sync the Ring modes to HSM and click Update Rule and clicking Done but again that didn't help.

So then I decided to just remove everything linked to HSM first (Smoke/carbon, Water Sensors) and then remove the HSM app. 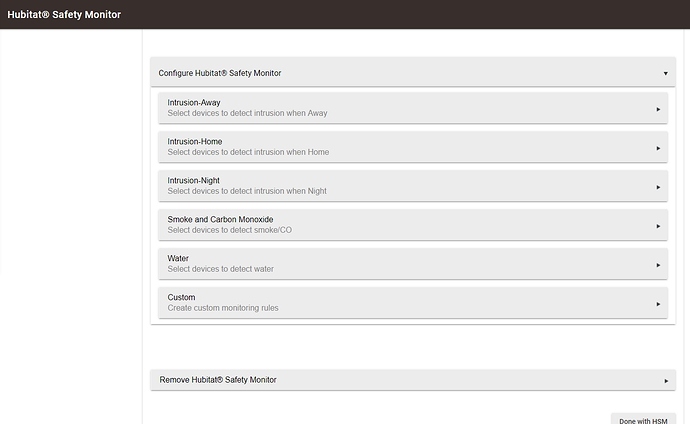 So today I set HSM backup to give it a try again. I haven't set anything up in it yet, but created a Dashboard for the HSM. But what I am seeing with the new HSM's Dashboard is the old Alerts and Events. I tried powering down the hub for 20 minutes, just to see if that would clear anything out, but course not.

Is there a way to clear out old Alerts and Events from HSM?