How do you control a Z-Wave deadbolt using voice?

I have a Z-Wave Kwikset 914 deadbolt that I need to lock and unlock from inside the house using an Alexa or Google personal assistant, preferably both. That physical lock is included in my list of devices on the Hubitat; however, it can only be locked or unlocked manually or via the app or web interface.

I want to be able to say a simple command like, "Alexa, unlock deadbolt." And have that command perform the action.

I have the lock enabled in both the Alexa and Google app on the Hubitat and cannot control it as I can virtually any other device. I assume there are some security concerns with performing actions like this, but in my case, it is a necessity, and I have not been able to find any answers.

I had been able to perform this action using a different brand controller with the same Kwikset 914 named "deadbolt" using both Alexa and Google. "Alexa (or Google), turn on (or turnoff) deadbolt," was the command, and it worked flawlessly; however, I will no longer be using that hub. Any ideas?

This can be done, if the lock is visible in the Alexa App you then have to go to that device (in the Alexa App) and enable locking and unlocking by voice in the settings. You will need to put in a PIN and Alexa will ask you that when your unlocking. I have this setup, works fine.

@rob.sigl If you don't want to use the pin as @chad.andrews shows in his example, create a virtual switch on hubitat that unlocks the door. Expose that switch to either google or alexa, Say turn on switch name and boom. No pin needed.

I really don't like Alexa having that power at all.. I recently discovered I could control Alexa through one of my kitchen windows from the outside using a portable "Vibration Speaker"... was eye-opening. Of course there are other commands that could be sent as well including purchases if you have that enabled or cancelling orders even if it is not.

Okay wanted to report back - using the above device and my android phone + sound recorder app - I was able to get Alexa to turn on/off my kitchen lights through a double pane window.. about 10 ft away

Make sure you are very careful about what you allow Alexa to control and also would recommend NOT allowing purchases via Alexa either... The speaker itself is interesting but not very good otherwise..

This one - it's pretty terrible for anything else which is why they never took off I guess. 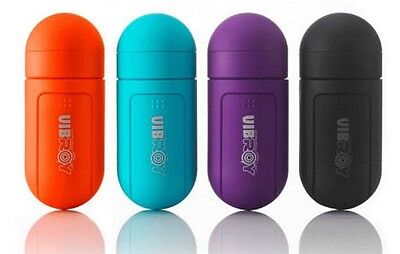 Stick it to pizza boxes or empty food containers, furniture, your coffee cup. Vibroy's mini module will turn just about anything hollow into a speaker and it's so small that you can slip it into your pocket and take it everywhere you go.

You need an audio source like a phone with an adapter and touch the speaker's "cap" to the glass and it conducts sound through it.. even double-pane glass like I have.

if the lock is visible in the Alexa App you then have to go to that device (in the Alexa App) and enable locking and unlocking by voice in the settings.

Thank you, that was the answer.

I discovered that late last night, after my OP, and it works like a charm now with Alexa. That makes me wonder how long that's been in the Alexa software because I never had to do that when using it with an ISY-994ZW. Then again, that uses a special portal to communicate with Alexa. I guess it doesn't matter because I prefer the Hubitat and I am not going back.

Thanks, @rlithgow1. That's good to know and something I will be looking at today. This will be useful.

I love this community because as @erktrek and others have pointed out, there are so many interesting ways to achieve the desired outcome with this hobby.