20ish identical bulbs with confirmed identical settings (e.g. firmware, has room, has color prestaging) that work fine from within Hubitat, when connected to Google Home, a handful of them absolutely will not connect to Google Home (native) app. They appear as an option but when chosen, the ones in question throw errors such as this one:

When I switch over to using Google Home Community, these same bulbs throw an error of:

and the "hue" variable is defined by

The devices that are throwing errors appear to have no value at all for hue. Not zero, just no value.

Setting the hue value to anything fixes the problem permanently.

SO... @bptworld I think there is a tiny bug in the sengled driver in that the hue value is not returned until it is manually set by the user. Although it's super tiny, I see from these forums that a number of other folks have run into this issue and their resolution is usually to create a group with a single device. I suspect this works because a group device doesn't report all of the color bulb capabilities. Possibly return 0 for hue if it is undefined or alternatively initialize the hue variable just once on device initialization?

Happy to do some further debugging if I can be helpful, but since I can't look at native driver code I'm at a bit of an impass and can only hope that the brilliant @bptworld may be able to take a peek and fix in a future release

I get the impression that you are trying to reach out to the Hubitat staff who authored the Sengled Element Color Plus (non-legacy) driver. If that is the case, you probably want to tag @mike.maxwell. Either he authored it, or otherwise would know who did.

can only hope that the brilliant

HA! lol. Thanks for the compliments (I kinda needed that today

), but I don't work for HE. Just a regular user that likes to mess around with some coding.

Indeed you are correct. For some reason I thought Bryan was the main driver developer.. Clearly I need to read more closely

so you're saying that when these devices join Hubitat that the value of hue is not populated?
What happens if you hit configure in the driver?, does hue then populate?

I'm afraid I do not have any bulbs left that haven't already been configured, but yes, the hue value is never populated. I never did think about hitting "configure" as I've never been clear what the button did.

when you have a chance if you could post a screen shot of the data section in the driver details for one of the problem bulbs that may be helpful. 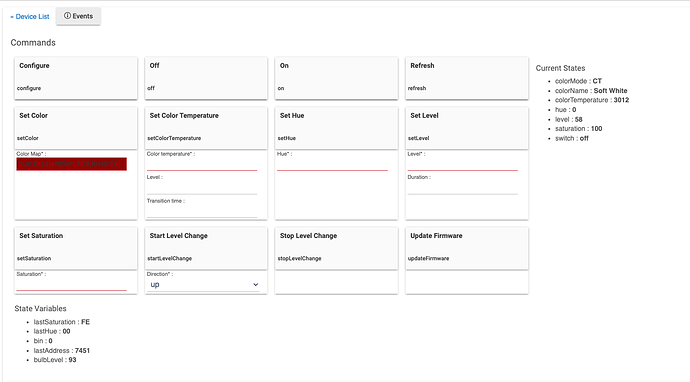 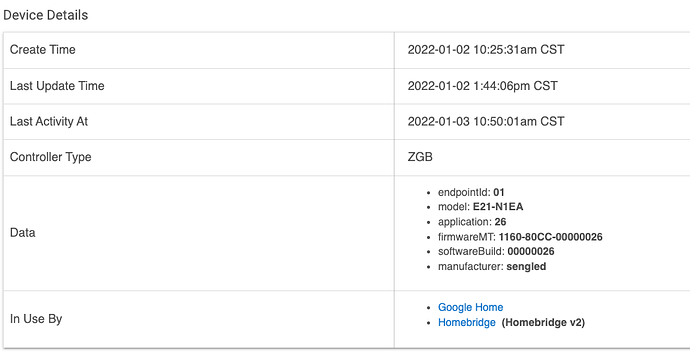