Just saw this get posted somewhere else. Looks like Google Assistant devices will soon be capable of performing local device automations.

This would be perfect for Hubitat.

Google just launched the Local Home SDK out of preview: 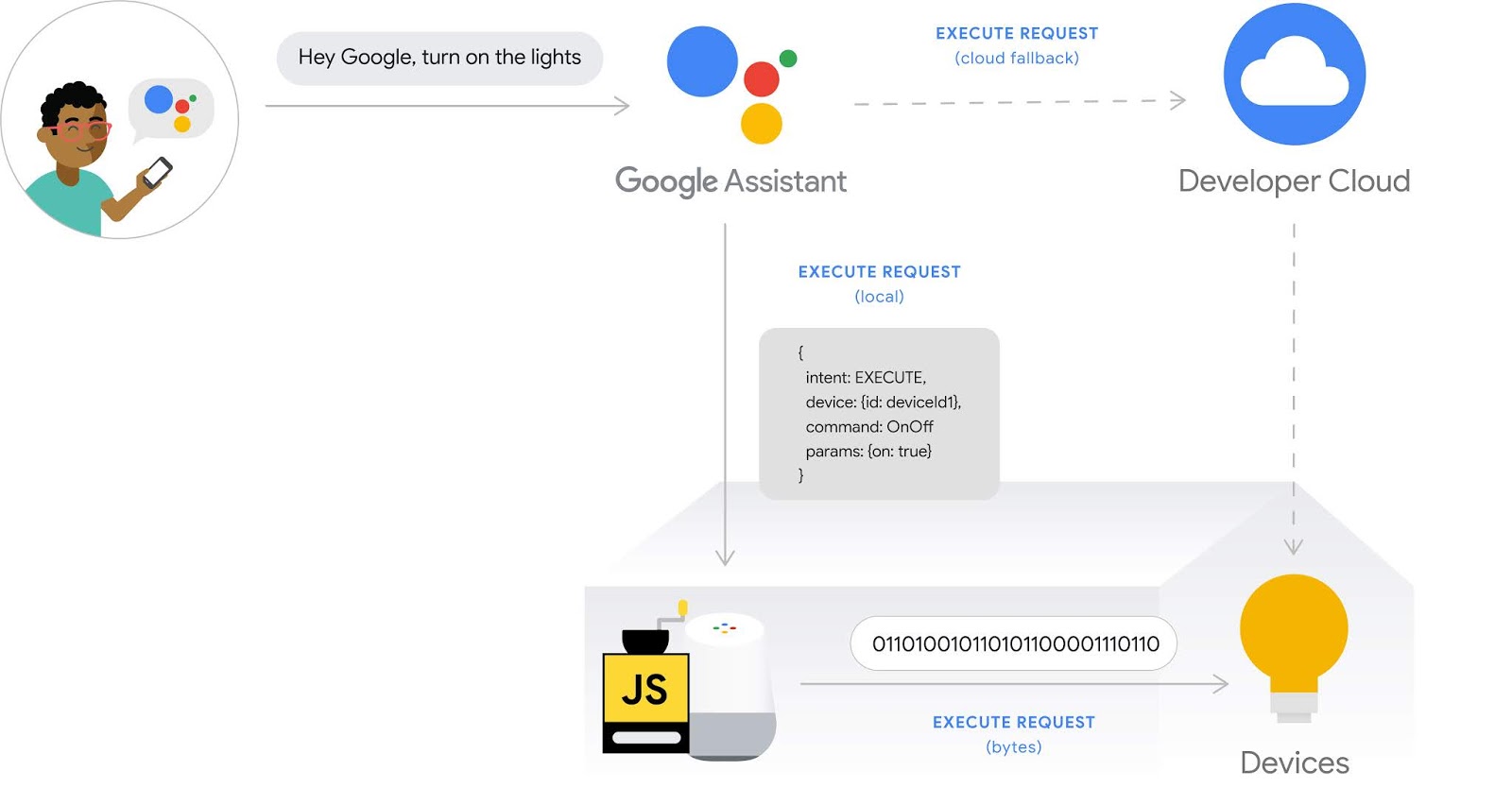 I was just about to post this based on a Venture Beat article. Really hoping one of our awesome devs jumps on this. @ogiewon, any thoughts on how easy/difficult this might be to implement in HE?

Apparently I can't @ Ryan but I'm sure he will post his thoughts in due time.

Worst case scenario, I think there will be a NR node for this soon.

any thoughts on how easy/difficult this might be to implement in HE?

Probably above my skill level...and honestly not that much of an interest to me as we are an Amazon Alexa family for the most part.

Turns out Ryan just opened an issue about this last night over on the Google Home Community github:

Have you given any thought to adding local fulfillment to the project? I started looking at it through the Smart Home...

Using local control would really just change the control path from Google Servers -> Hubitat Servers -> HE to Google Servers -> Google Home/Nest device -> HE. Hubitat's servers would also still have to be in the loop for authentication, account linking, and device syncing, so it's not like it would protect against those getting shut down.

It's definitely something I'm interested in pursuing, but it's definitely lower on my priority list than say adding support for more device types.

Google Smartphone Summit. There will be a session called "Introduction To Local Home SDK" on June 9th. Just saying

"Join us on July 8th for the “Hey Google Smart Home Summit” and dive into the exciting new and upcoming features for smart home developers and users courtesy of Michele Turner, and a partner panel of industry leaders. Full details →...

COVID-19 has made it difficult for us to meet you at I/O, Global Developer Summits, and EMEA Smart Home Summit. Our team does not want to miss the opportunity to connect, and we decided to take things virtual! Join us on July 8, 2020 to hear what's...