Bottom line is, add the load resistor. If that doesn't solve it it's your bulbs.

If the bulbs are a few years old, they could be going bad. I've had more than one intermittent LED light.

If the bulbs are a few years old, they could be going bad. I've had more than one intermittent LED light.

Probably more like 8 years old. Pretty sure they were TCP brand.

Pretty sure they were TCP brand.

Were these bulbs from their TCP Connected series of bulbs (the 6LoWPAN bulbs)? Because those bulbs will not work well with an external dimmer.

No - these are regular old LED bulbs. They were working with a dimmer all along. And still are. This issue is occasional.

NB The bypass devices mentioned above are capacitors and not resistors.
Putting adequate resistance across a high voltage load should not be attempted as it will generate a lot of heat and be a fire risk. Capacitors are what you want.

Capacitors are what you want.

No, you absolutely don't want a capacitor!
This bypass devices are nothing more than a resistors,
i. e active loads.

This bypass devices are nothing more than a resistors,

At least some of them are capacitors. The part number for Lutron's bypass (LUT-MLC) stands for "minimum load capacitor".

@Ranchitat has a detailed description of the LUT-MLC in this post:

According to Luke: 5.0 out of 5 stars It's a simple capacitor and it works to eliminate LED ghosting Reviewed in the United States on October 2, 2019 This is just a 0.47uF X1 310VAC rated capacitor. Electronic dimmers without neutral connections need a return path when the light bulb (load) is off to power the circuit inside the dimmer. This capacitor provides a lower impedance return path for the dimmer to bypass the bulb when "off" which reduces or eliminates LED ghosting. If you are not…

Appreciate all the input. As of now, I can't reproduce the problem. I'm sure it will happen again though.

At least some of them are capacitors.

For the dimmers without neutral small cap will provide a return path if
load is not an active. For the dimmers with neutral the capacitive load
could be a disaster because it will shift current vs voltage which will
make triac very unhappy.

Here's a bypass by Lutron. 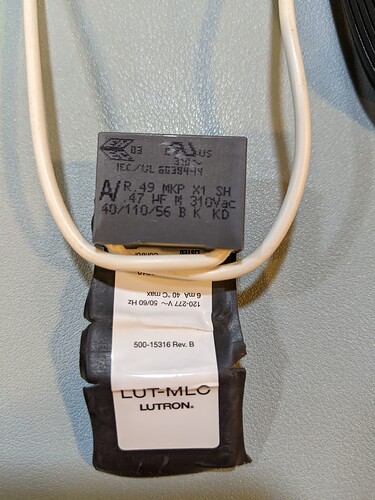 And what does that say on it?

@vitaliy_kh A little knowledge is a dangerous thing… you do NOT add a resistor ! Buy an appropriate commercial bypass which will be a capacitor.

A little knowledge is a dangerous thing…

I am EE with 40+ years of experience.
I know very well what I am talking about.
The least what you want - is a capacitive loag for the triac.
If some of this bypass toys are caps it could be very special
case for the particular devices. Only manufacturer knows
what exactly is inside of each dimmer they produced.
In general - triacs likes only active loads.
And triacs don't like caps specifically because caps introduce
phase shift between I and V.
I am talking about triac-based dimmers. Not all of them are
using triacs.

I am talking about triac-based dimmers.

The Lutron ones do - I think. Didn't Joel Spira (Lutron founder) invent triac dimmers? Anyway, their bypass is definitely a cap. I do know that other bypasses use resistors.

Anyway, their bypass is definitely a cap.

Could be. As I said, all depend on what kind of triac they are using.
And more important, if there is any power correction circuitry is used.
Very good triac-based dimmers should/must use power correctors.
Since nobody published a schematics there is no way to know this
unless you open a toy. If you see a sizable inductor next to the triac most
likely this is a power corrector.

Probably more like 8 years old. Pretty sure they were TCP brand.

Many older LEDs were non-dimmable or dimmed poorly. Updated bulbs, even inexpensive ones, do a much better job working on a dimmer.

Given LEDs are pretty cheap now, skip the load resistors, capacitors, etc. - start with the obvious and simple solution - get some new LEDs.

And on the use of resistors ... my understanding is the use of resistors was sometimes needed on z-wave dimmers that lacked a neutral line connection. In these dimers, the z-wave chip was powered by a small amount of leakage current from your power line to the load line. For an incandescent bulb, that current continually flowed through the filament but wasn't enough to light the bulb, but allowed the z-wave chip to be powered. In a LED bulb, that leakage current often doesn't continually flow across the LED diode, but builds up a voltage on the source side of the LED diode until there is enough to exceed the LED diode voltage threshold, at which time, the bulb then flashes (or, in some case, if enough leakage, there could have been a really faint continual glow) releasing the built up energy from the leakage current. Thus, if you didn't want LED bulbs to flash when off, you put a high-R value resistor across the load / common line to continually drain the leakage current to the common line preventing voltage build up on the LED diode. When the dimmer is then turned on, the current would be enough to continually feed the LED diode so no flashing. If your dimmer switch has a neutral connection (and most now do), the current powering the z-wave chip exits the chip to the neutral, so you don't have to worry about resistors, etc.

A little knowledge is a dangerous thing… you do NOT add a resistor ! Buy an appropriate commercial bypass which will be a capacitor.

So adding a resistor to a LED light setup will help when LED lights have glowing when turned off and not reaching the minimum load of the dimmer when off. The thing here is to have a power resistor of the right wattage. Read this older post.

Anybody know of an alternative for the Aeotec Bypass Dimmer. Is there anything else people are using to meet the need. Thanks.

But going back to the OT, a resistor would not help here and especially not a capacitor either, there is something else going on here and it's most likely a LED bulb that is just not compatible with the dimmer used, I would suggest @hokfujow to reach out to Zooz and see what they say.

It's just an issue with the LED bulbs. I have a set of 12 Collingwood Halers LED downlights connected to a Fibaro Dimmer 2. These units don't have the driver in a bulb cap, it's fastened on to the side of the fitting. I have a similar issue to the one in the OP. If I switch them on at a high dim level, all come on together and I can drop the dimmer to its minimum and all the lamps will remain on. However if I then turn them off and back on again at a low level only a few of them come on. Others may come on after a short time, or when I raise the dim level a little, they'll all join in popcorn style. The number of fittings and the load including calculation for the power factor are within spec for the Fibaro Dimmer 2 and I've used with and without a bypass. I don't have issues with others of the same model as they're much newer models. In the end I've simply calibrated the Dimmer 2's range so that they can't come on below a particular level. I'll swap them all out in due course.

Problem has not recurred, but I suspect @johnwill1 is correct.

Here's what inside a Lutron bypass if you are curious. 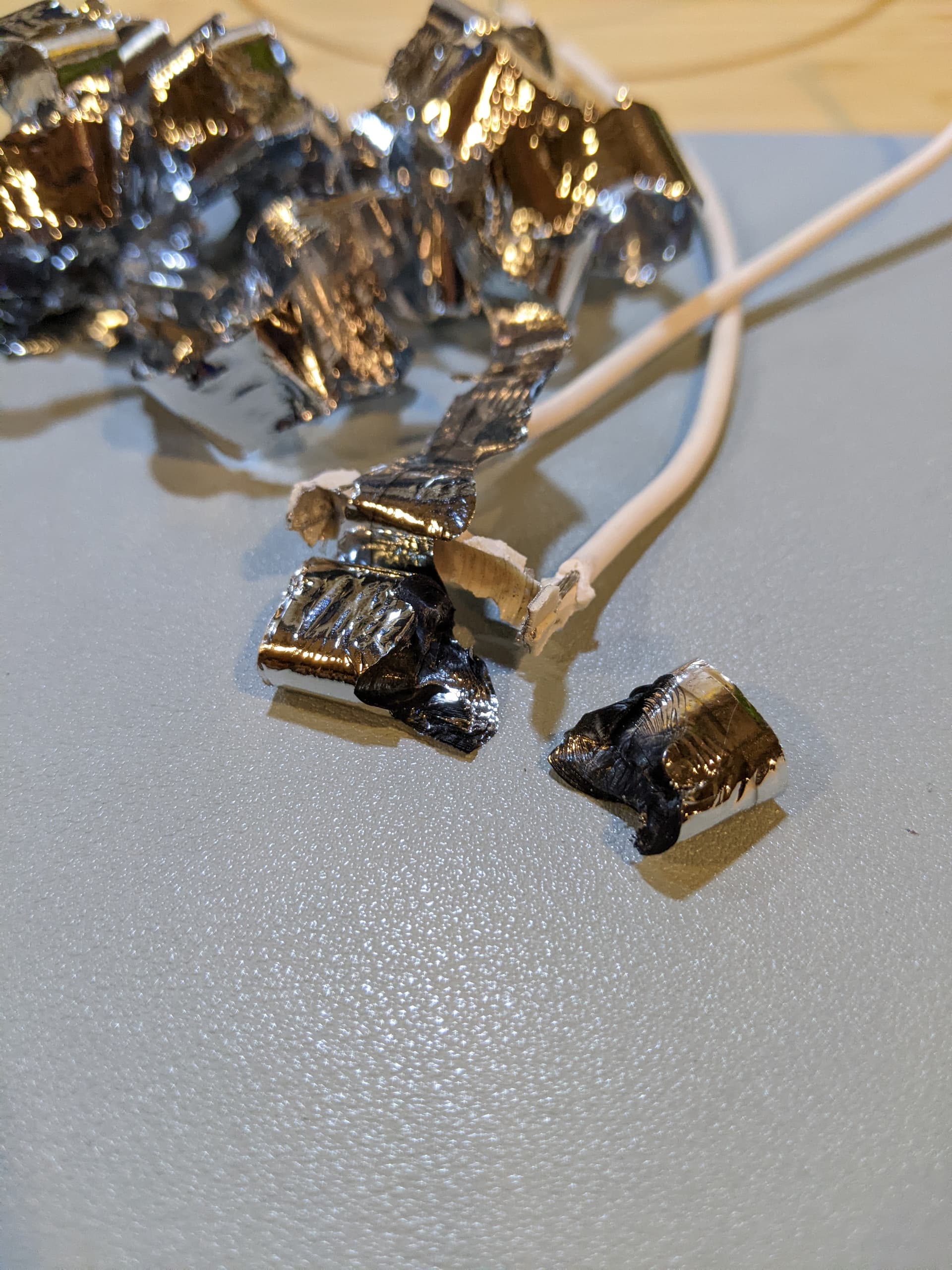 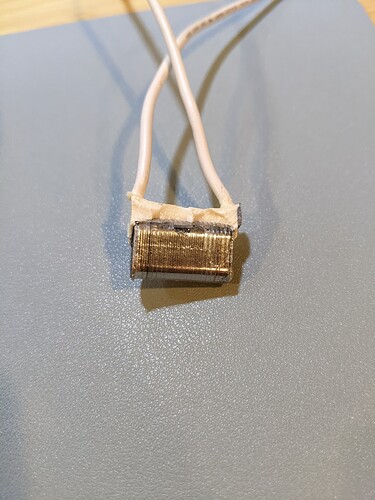