I recently posted about how one of my Samsung buttons has decided to eat through a coin cell battery within 3 weeks. I tried several things to troubleshoot, even moving the button to a different hub. In the end, I replaced it.

But not being one to toss aside an otherwise funcational device, I decided to modify it to use AAA batteries and give it a new life in my basement workshop. I've been wanting a button to override motion lighting near my toolbox for a while but the cheapskate in me couldn't justify even $13 for a button that might get used 1-2 times a month. But now that I had one in the junk drawer, opportunity struck.... it's time to get out the soldering iron! 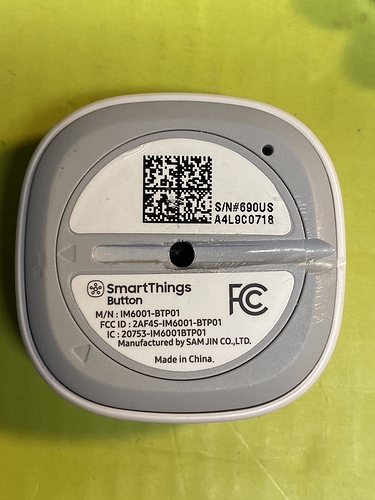 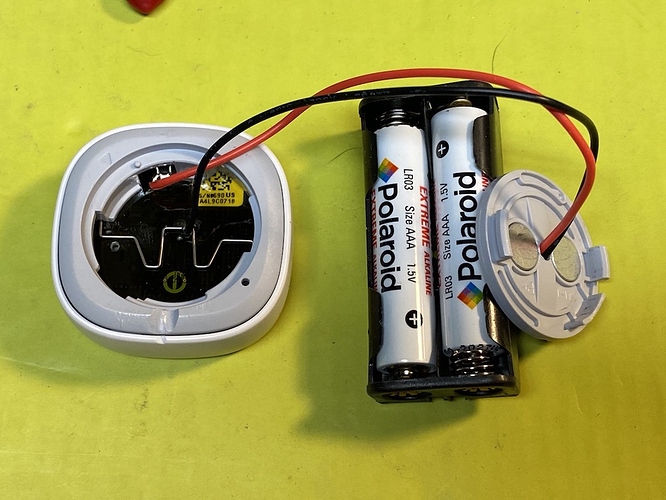 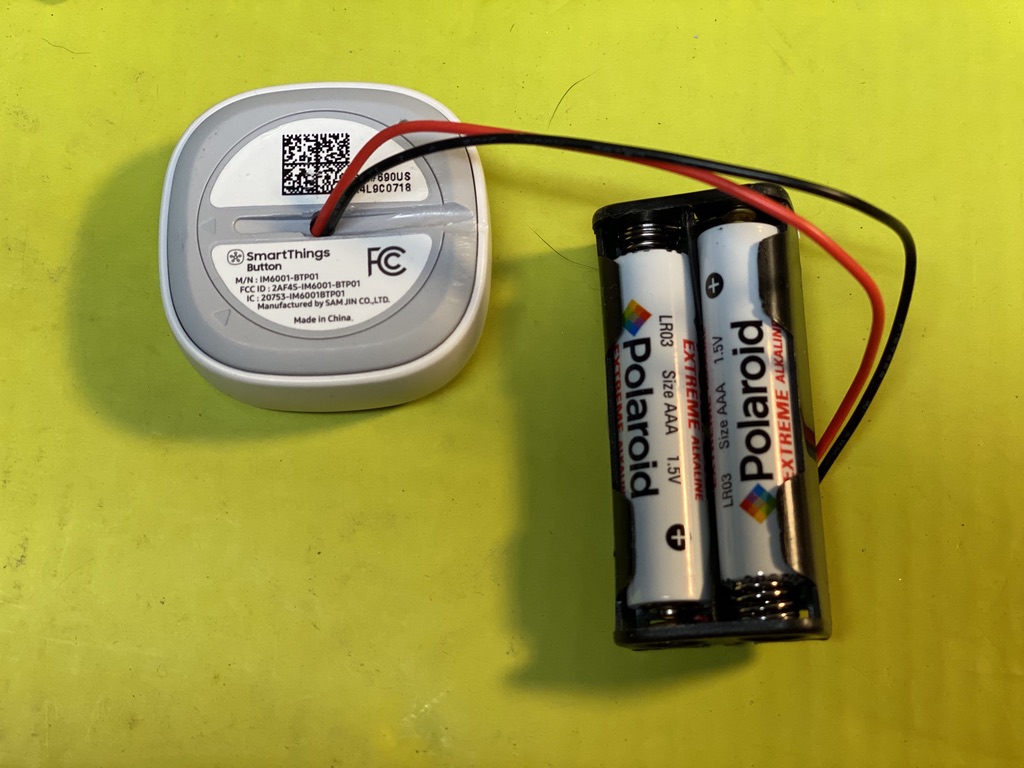 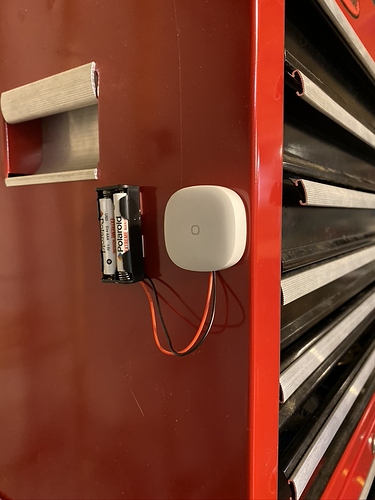 I did a similar modification to a SmartThings 2nd generation motion sensor that used the coin cell batteries. At the time I was seeing 3-4 months of battery life. It has been over a year and that sensor is still using the original batteries!

After designing thing:3212345 and successfully having all my SmartThings motion sensors operating with AAA batteries, it only made sense to do the same with the SmartThings multipurpose sensors, of which I have a larger number. Although these sensors...