Device still being "used" after being removed/un-checked from HSM

Hello,
I have a simple water alerts with several Samsung Water Sensors set up thru HSM.
When I remove/un-check a particular water sensor in "Configure Water Sensors and Alerts", then click "Update", "Done with Water Alerts", "Done with HSM"....the updates save and the devices do not show in the text list but they are still activating the water sensor alert within HSM.

I have tried both restarting and updating my hubitat. When I go to the particular device it still says it's being used in HSM even though it's very clearly "unchecked" within HSM. Help? 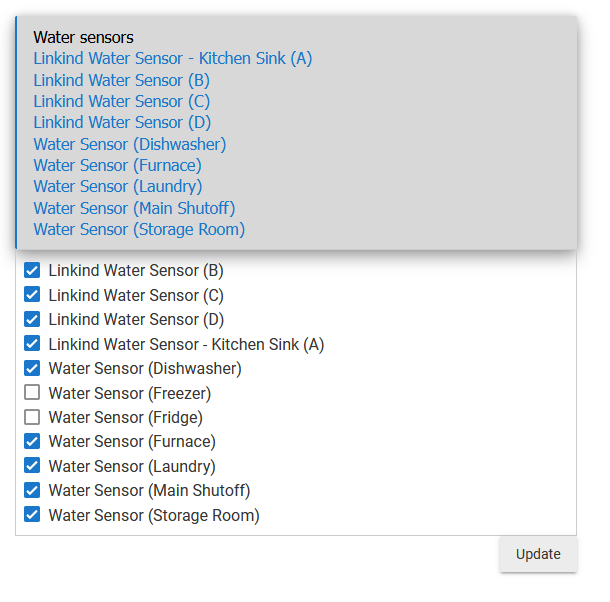 EDIT: In this example I am trying to stop the freezer and fridge water sensors from being used in the HSM water alarm. It appears trying to change any device in HSM does not actually "enact" the update even though it shows as changed in the checkboxes.

I don't mind to try re-installing HSM but I'd like to know what went wrong here so I can avoid it for next time, considering a water leak/smoke detection/HSM is more critical than any of my devices/rules/uses in hubitat.

If you removed them from HSM by the checkbox, that message that they are still in use is harmless.

I think this has been brought up in the past and from what I remember Bruce said it was more or less a visual artifact and not a real problem. Maybe @bravenel can comment?

Understood in regards to the message in the device page, but that's not what bothers me here. My main issue is that I do not want these devices to trigger HSM when unchecked, and they still do even after being unchecked.

Ah, I misunderstood. I thought it was visual only.

Maybe you could post your gear menu information because Bruce probably will want to see that.

Another issue, I re-installed HSM and as I'm setting it up - clicking "Text Alerts" under the Smoke, Gas and Carbon Monoxide alerts page sends me to the water alert text dialog. See image below. I can't set up text alerts for smoke, gas, monoxide now. 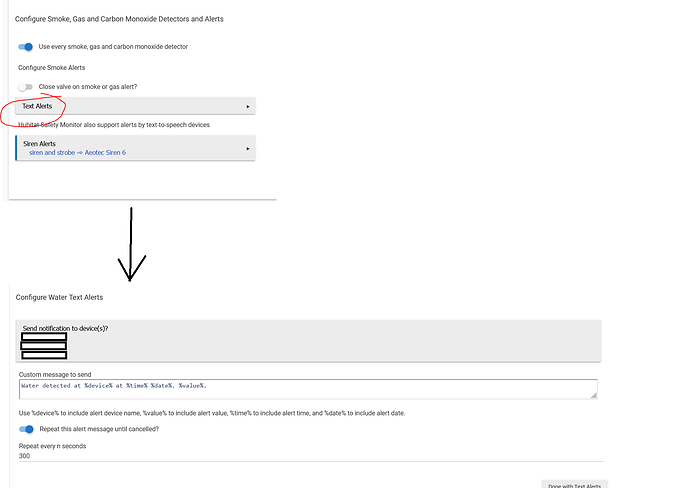 I need to see the Settings portion of the App Status page, as well the Event Subscriptions, for this HSM app that you're describing with showing In Use By a water sensor no longer selected. Is that still a thing?

Sorry, I just nuked HSM and started from scratch. I can now enable/disable devices without issue now (re: original post). I understand due to my impatience you won't be able to diagnose what originally happened. 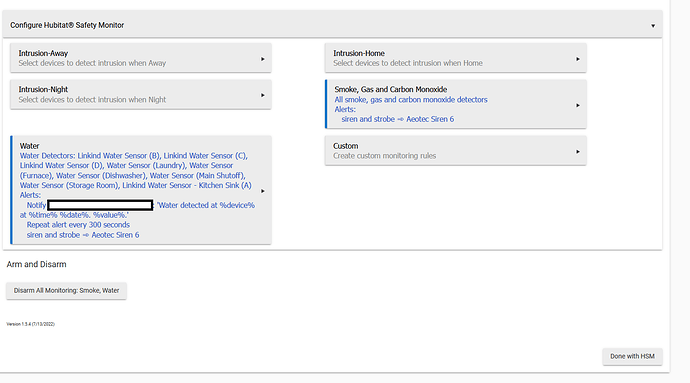 I am not able to reproduce a problem with setting up Smoke Text Alerts.

It is possible that you have a browser cache issue going on. Try clearing your browser cache. What browser are you using?

Both of the problems you've posted about could be browser cache related.

I just reset the hubitat, reset my browser cache, and tried 3 different browsers (edge, chrome, firefox) and I get the same issue: 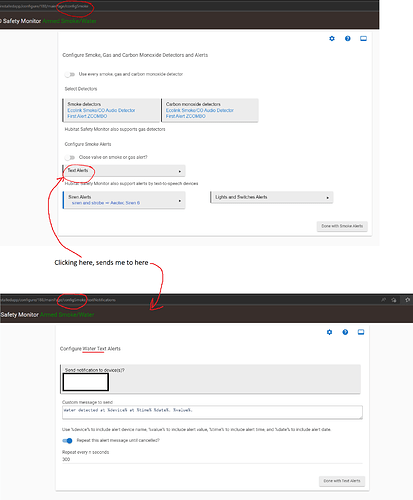 OK, I think there is something wonky going on with this. I will investigate further...

There is indeed a bug with Text Notifications. Fix has been done, for next release...

Thank you bravnel. For someone who does not follow the update schedule incredibly close, do you know roughly how often they are normally pushed? Every few weeks, months?

Asking just so I can set a reminder for myself to update and fix this issue.

Sometimes almost daily. You can see if there is an update by looking at the symbol at the top right of the screen. It will show a red number.

Its the one on the left.

do you know roughly how often they are normally pushed?

We are at the very tail end of a release cycle. We've been pushing out "hot fix" releases primarily fixing small bugs discovered, like this on. We thought we were finished with 2.3.2, but not sure. Major release are every few months.

I can set a reminder for myself to update

Just a couple clicks away.

How can I receive notifications from my Hubitat hub when it has a firmware update waiting? Get Help

Asking just so I can set a reminder for myself to update and fix this issue.

Subscribe to the release category, or even the whole news and update forum. You can get emails if you set your profile to do so, or just forum notifications (that popup near your username).