I've recently setup some IKEA On / Off switches to control my shades and thought I'd share my setup in case anyone else can benefit, including connecting the switches to HE and the rules I setup. I am controlling RTS (non ZWave) Somfy motors, but would expect this should work for any shades adhering to the right capability.

Earlier this year I installed my Somfy motors and once the Bond bridge became available in Australia I purchased one and linked it to HE using @dman2306 's Bond integration. A few months ago I purchased the IKEA On/Off switches with the intention of placing them in each room as a remote for each shade / group, but did not read the community posts around it's compatibility closely enough.

I recently purchased a Conbee2 zigbee USB stick for my raspberry pi 4, installing deCONZ on the pi and easily pairing the switches. This was all great timing as @martinez.mp3 has not long developed a deCONZ integration for HE, and is still actively developing it, which has allowed me to get these switches into HE.

Within Rule Machine I have setup three rules for each shade / group to allow for open, close, and partially opening each shade. The easiest way to think of these is that if I press and immediately release the open or close buttons the shades fully open or close. To open the shades part of the way or adjust their position, I press and hold the button for the direction I want the shade to go, which starts it moving, and then release the button when the shade is at the position I want. 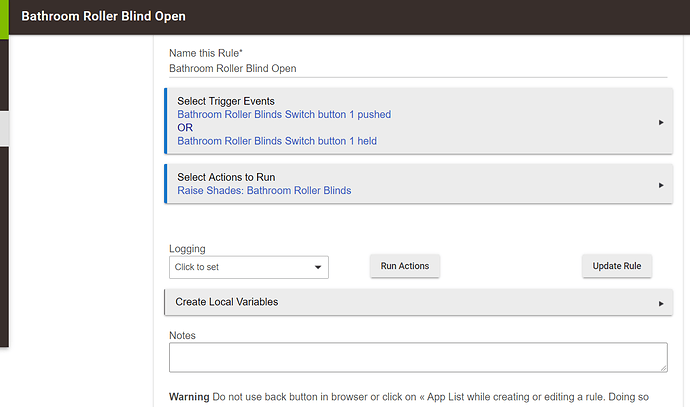 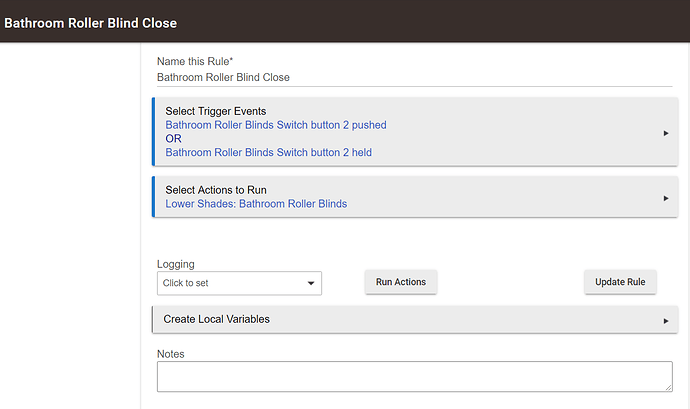 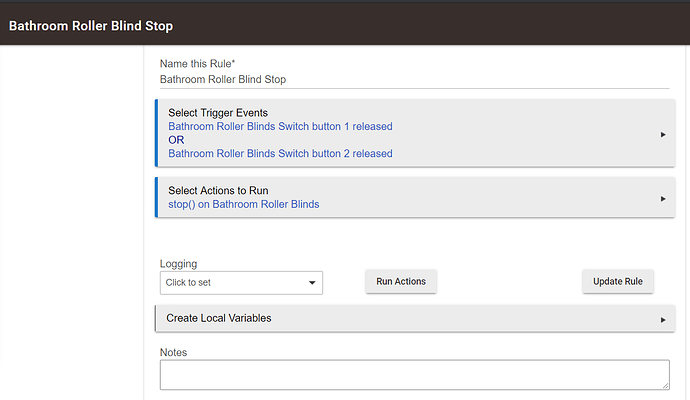 Obviously this is reliant on good hub performance and good mesh, which I can have issues with occasionally, but I will be looking at that over time. Overall I am very happy.

A better approach is the Somfy ZRTSI 2 Z-Wave interface. There are a couple of community drivers, I use this one from Justin Walker ( @augoisms ) because it can send the “my position” command.

A driver for the Somfy ZRTSI [s-l640] Code hubitat/somfy-zrtsi.driver.groovy at master · augoisms/hubitat · GitHub Also available on Hubitat Package Manager. Features Supports My Position. Has the option to use a value of 50% as a My Position command. This is handy for allowing voice assistants to issues the command. Tracks state internally. The ZRTSI is already a one-way communication device, but it has been reported that it does not accurately report the "state" of each channel, so thi…

You can find the ZRTSI 2 on eBay.

Good one - I'm thinking I might compare this against zigbee2mqtt. Are you getting a decent range out of the conbee?

A couple of the switches can be hit and miss, but I haven't followed all the advice, I have it plugged directly into the pi without a usb extension cable and it's sitting alongside the HE hub and my router. Once I fix these things up and include a new ikea repeater that's on its way, I'll have a better test.

I think I did look at the zrtsi option before purchasing my Bond bridge and i don't believe it is available for Australia. Somfy don't appear to have it on their Australian site and the one I found on ebay required a 110V plug, whereas we run on 240V. Don't get me wrong, probably a good option for those in the US, sadly not for me.

The only smart option on Somfy's AU site was their Connexoon, which I could only find for about $280 - 300 AUD earlier this year, whereas the Bond Bridge was $145. Bond can also control other products if I ever need it to, not just Somfy's RTS products.

In all honesty, whether you have the ZRTSI 2 or the myLink (I have both), it takes more than that because of the weak Somfy RTS transmitters, which have a 35 foot range. You have to sprinkle Somfy RTS Repeaters (1810791) throughout the house so that Decoflex wall switches and myLink and ZRTSI 2 can communicate with the Glydea drapes in our 5 rooms. Hard to believe only 35 foot range. But, once installed, the system is solid.

the weak Somfy RTS transmitters, which have a 35 foot range

i dunno about this 35' range. I have a remote in a closet that's definitely further than 35', and even through the wall it is able to control my blilnds. it's even able to control blinds that are about 90º to the side, but closer than the original blinds, with ease

See the last paragraph on the page (“How Does RTS Work?”): 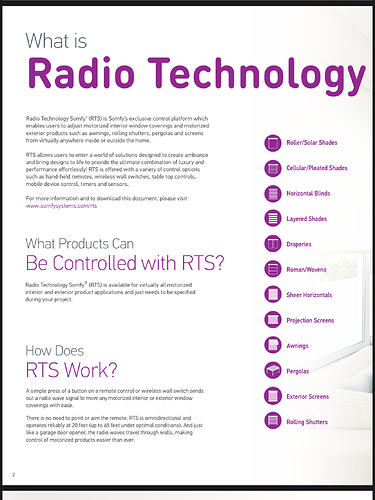