I can't really answer your question specifically, but I can say that I have some of the Aeotec Multisensor 6 with ceiling mounts, and although it does make for a very neat aesthetic, it really does make them less useful, at least in my case. Their coverage is much smaller in that orientation. I guess that's to be expected, so if you're not really hoping for a wide coverage area, you should be fine.

I guess I didn't really think this through enough when I bought and installed these in my ceilings; I placed one in each bedroom, but since realized that it's very difficult to cover the whole room in this orientation. I also realized that using them for temperature sensors (the second reason for placing them in each room) doesn't work well, either. When the heating is on, the temperatures at the ceiling are so much higher than at floor/head height that the temperature readings are basically useless for any automation.

I never tried these specific ones, but they do work on the ceiling for motion. As jason-lane says above, there is a particular beam angle most sensors have, it isn't an even cone shape. And the ceiling height might play a role here too. So you may have some blind spots in places. But with careful placement, they should basically work.

jason-lane also brings up a good point about temperature, but I have wanted to purposely monitor temp up on the ceiling, my vaulted ceiling in particular, so I could turn on the ceiling fan when the temp was high or uneven compared to elsewhere in the house. I haven't got around to doing this yet, but is on my to-do list.

I use my Zooz 4-n-1’s on the ceiling without issues.

I also realized that using them for temperature sensors (the second reason for placing them in each room) doesn't work well, either.

Agree with this as I have a MS6 in my master bathroom ceiling and because attic is above, temp is always high compared to other sensors in the room.

I find the MS6 slow compared to my many Iris Zigbee motions and hard wired alarm motions to detect motion. @erktrek and I have been “zniffing” our Zwave networks and both found that the MS6 communicate with the hub via slower speeds even though they are Zwave Plus so not sure why that’s happening. I reached out to their support and they haven’t provided me an answer either. YMMV but I personally don’t recommend them.

Given the Samsung motion sensors mount magnetically to their mount, it seems like they might be quite effective on the ceiling if you stuck a small metal disk or magnet to the ceiling with 3M tape.

They have a wide field of view, so they wouldn't be too limited in terms of visibility.

...found that the MS6 communicate with the hub via slower speeds even though...

I don't know how Aeon's support will answer, but I have a hypothesis:

I think so too. I attribute it to a faster power up sequence. The sensor detects, but then it has to power up the Z-something radio... Zigbee is faster to power up in my house. I have a lot of motion sensors, 2 brands of ZWave, 2 'brands' of Zigbee. (Iris v2 and v3 but they are from different manufacturers.) The LED within each flashes on motion. The LED comes on, the resulting reaction of RM + Z-device to turn on a light always seems the same, ZWave or Zigbee. Before the LED is off on the se…

Not wild about taking a fat zigbee motion sensor that I otherwise love (e.g., Hue, Ring, ST/Aeon), and retrofitting as a ceiling mount -- kinda ugly.

The Sonoff motion sensor (SNZB-03) is agnostic regarding mounting location and orientation. Their website even shows applications for both wall-mount and ceiling-mount. I have been using them in both configurations without any significant complaints.

These will certainly not win any awards for aesthetics, but are small enough that I rarely even notice them.

Thanks for the suggestion. Do you know the throw angles for the sonoff sensor? Can’t find it anywhere.

I’m really hoping to find a flush(ish) mount like Nyce ceiling or Aeon multi. Seems to be impossible these days.

I will save everyone some trigonometry. Installed on an 8-foot ceiling, the sensed area is roughly an 11-foot radius (22-foot diameter), which seems about right from experience.

A bit pricey but I'd seen this one mentioned on the forum here before. 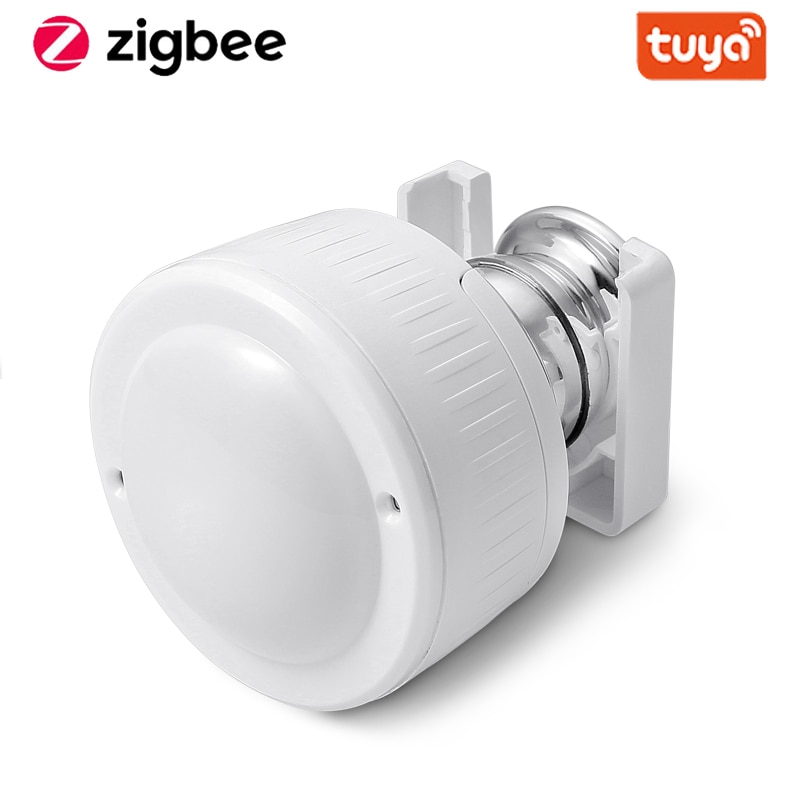 However, I'm thinking to try this one below (could let into a round hole in the ceiling)...as you indicate, these are not specifically designed for a ceiling but I reckon should do the job and are not as expensive... 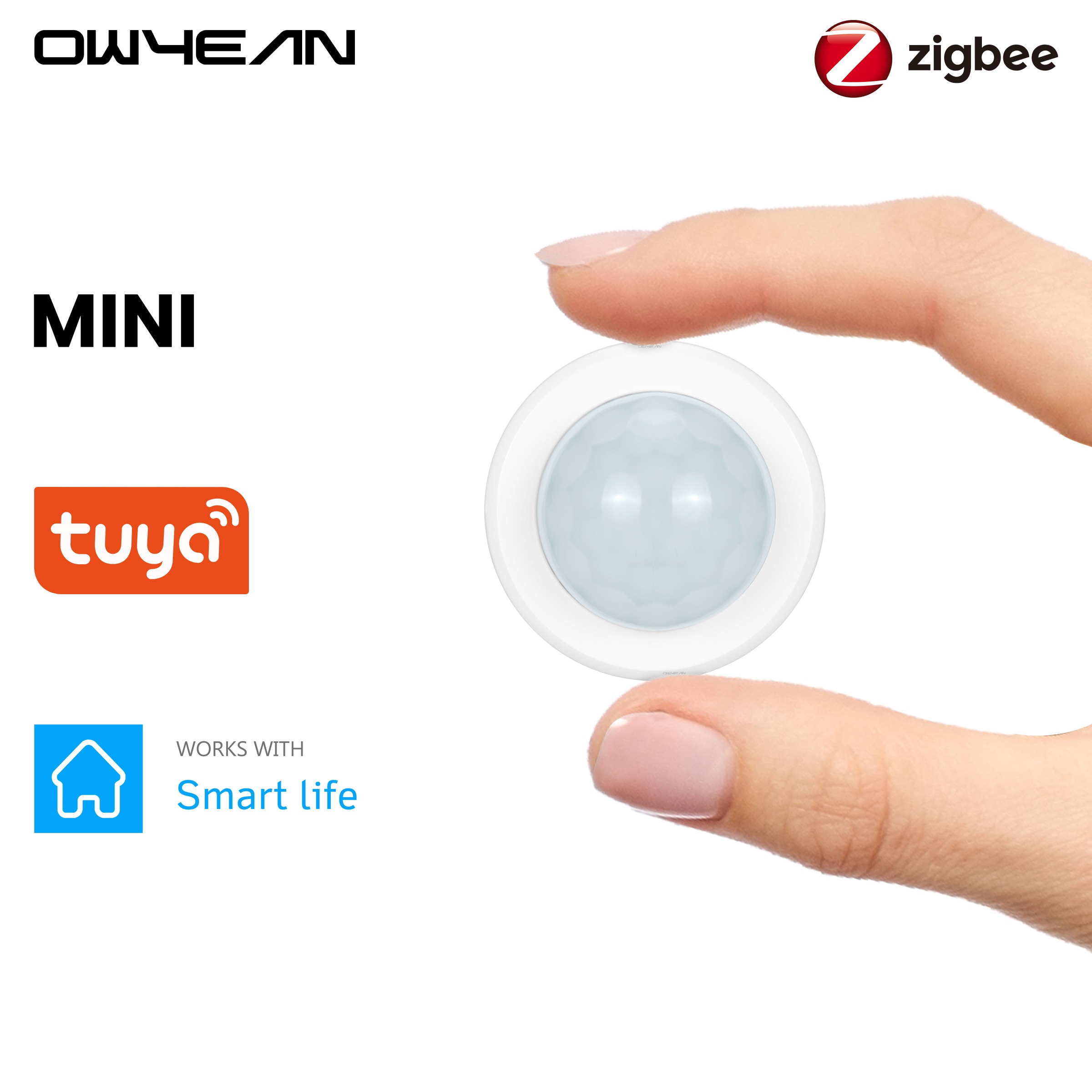 Any reason to believe it's compatible with Hubitat?

These work great on the ceiling and will actually stick to a metal thumbtack. Makes it easy to move them around to get the best position without leaving a visible Mark behind.

In the sec cam world, ceiling mount cameras are problematic due to the increased area that needs coverage. Panoramic, or quad imagers are often used to 'splice' together enough image - this is due to the general size of the space expected to cover. Until 2.1 (HD) and higher ccdimagers came to be, this was basically impossible.
It takes more power, more resolution and I think all this translates conceptually to the sensor world. on the other hand, your dog may not set off the sensor as it may not have enough signal to reach the floor. Additionally, what a pain to change batteries! I'll keep watching this thread as you all find good candidate/solutions. (the aforementioned tuya unit for example, says 120 degrees and 5m. My math is weak but pretty sure thats like 10.6 ft radius from a 7'8" ceiling. My living room is 24 ft wide - so at least 2 of these, if not more.

It all comes down to what you want it to detect - room entry, general activity, someone slinking along a wall, small motions on the couch, and so on.
Also, what you do not want to detect, as those of us with rambunctious pets will attest.

honestly that hadn't occurred to me, that the application was important. I position all my sensors at entry points. I recently asked for a feature on the Follow Me community app - since I use sensors as a form of presence detection. And I'm still drinking my coffee but I'm beginning to see their is a difference between motion and presence. If you're sitting still in the living room watching TV for example. The room knows you entered it, but it 'looses' track of you. I also have a dead spot behind a kitchen motion sensor - my dining area is behind the sensor and while eating my Follow Me app also doesn't recognize I'm still in that 'room'.
I'm surely not going to have people, guests or whatever carry presence devices - I'm wondering if there is a weakness to motion sensors in general - there should be (IMHO) a key/pair for 'last room active' (technically - last motion sensor activated) when used as a psuedo presence detector.

Motion sensors are just one of many tools in the toolbox. As long as you respect its limitations and what it is really telling you, then it is can be a powerful tool.

The "last room active" is a great example - I like that. Years ago, I developed automations for Halloween (personal parties and charity haunted houses). Using staggered pairs of PIRs, I could estimate position, direction, and speed. Direction might be particularly useful in certain home automation applications.

I ended up taking a flyer and buying one of these from Ali Express. I really like the product. Good build quality, small size, and fills a void — ceiling-mount zigbee motion and multi-sensor.

The one catch — since it’s not a supported device, I’ve just tried a bunch of other device drivers without success. I can only get the motion sensor to work. Would love to get all 4 attributes integrated into Hubitat. Short of teaching myself how to write a device driver (first time noob), any suggestions?

We have taken on supporting a few of the tuya (non ZHA compliant) devices.
It's a time consuming task as to fully implement a driver takes sniffing and decoding the Zigbee frames while the device is running on a tuya hub.
I wish they would just get off their ■■■ and get the Zigbee 3.0 devices on the market...