I have a several rules that send notifications off to different speakers with different volumes (playing and alert). I would like to see if I could package this into one rule and then call that rule. I would like to do this with RM 4.0 (no offense to custom app writers). I think the following would work:

Any alerting rule:
Actions take place.
Populate the "alert" variable with the text that would be in the Notifications box.
Actions of the Alert Rule are called.

Currently it seems that custom attributes can only be compared and I haven't been able to see. Am I missing anything?

Update: I used Ryan780 suggested to populate the pre-alert volume setting. That took care of ½ of the solution. The other half came from using the Custom Actions to set the volume of the music device with a variable. That wasn't possible with the Control Music Player options. 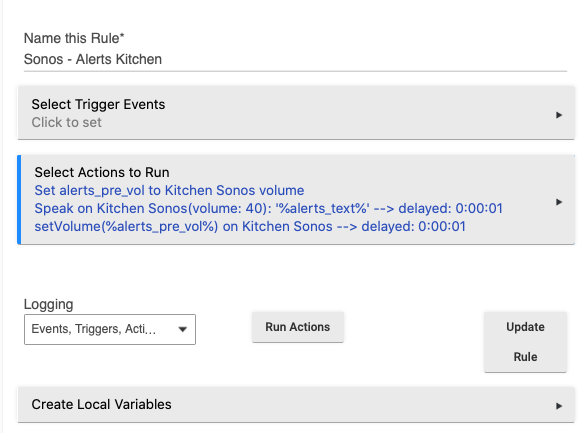 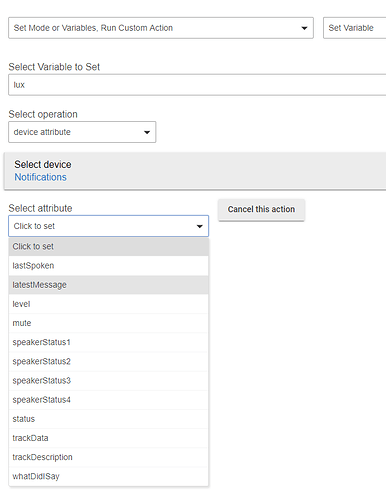 Then pick the variable the pick device attribute and then the device you want. You'll then get a list of all the attributes for that device.

And, of course, I was missing the obvious. Thank you @Ryan780

Hey...sometimes we can't see the forest through the trees, right?