Morning all. Just wanted to let you know of a recent addition to the market, the Candeo Zigbee Dimmer Module. Currently £36.99 Amazon.

I’ve been speaking to Dave from the company who has been keeping me informed about this release and I went ahead and bought myself two which should be arriving today. Will give an update on how it goes! I know Samotech does a similar but went for this one instead as labelled as working with Hubitat. 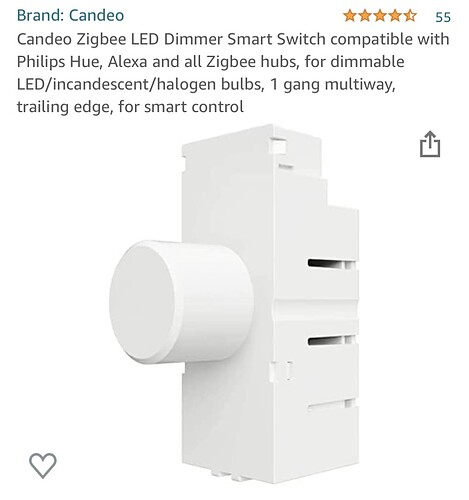 Paired immediately no problems with the correct driver, after I worked out the slightly janky pairing instructions. Going to put it through its paces today, has a nice slow dim to off but sudden on which is frustrating so need to figure out how to stop that. 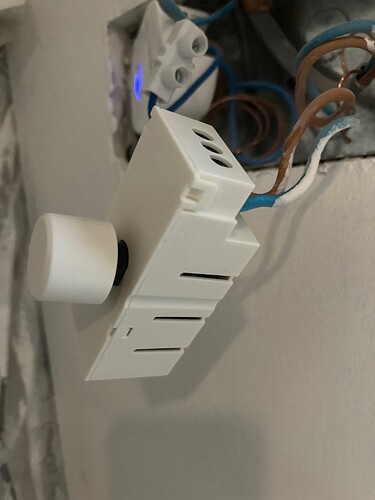 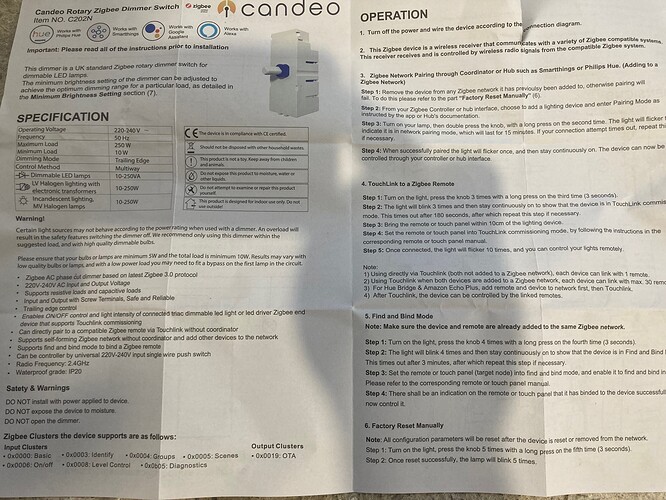 What is it's power on behaviour (after power outage)? Some units I've tried come on at full brightness which I don't want. Also does it work OK with low power LEDs? Again I've tested some that need a LED dummy load for anything under around 12W.

I have four 10w dimmable led Lights on it at the moment and it works fine. It remembers its current state so no super bright lights after a power cut.

UPDATE - I tried attaching it to my outdoor 3w ones and it does not like it, trying to work out if its a faulty dimmer module or the lights!

They look great. I am having some down lights installed I might look into this as they are dimmers. But self contained so cant install smart lights

If it helps anybody considering one of these, I am using the "Generic Zigbee Dimmer" for mine and it works a treat. Physical switching and physical level changes are reported back to Hubitat correctly. For those who are new to generic drivers; you must click the 'Configure' button within Hubitat itself before first use.

The 'RGBgenie Micro Zigbee Dimmer' does work, (and is the default detected,) but it appears to not report physical changes to the level correctly.

The only other issue of note I have found is that physically switching on the dimmer sometimes yeilds no light. It is in fact working but has 'forgotten' the dimmer's level; physically changing the dimmer's level produces light. I have not quite figured out under what circumstances it 'forgets' the level it was at. Just to be clear, this occurs infrequently as most of the time it seems to remember without issue.

The 'RGBgenie Micro Zigbee Dimmer' does work, (and is the default detected,) but it appears to not report physical changes to the level correctly.

Mine initially didn't report but now works fine. I might go out to test if it can tell the difference between the Physical and Digital differences because that will be handy for me. I haven't had any issues about it forgetting its last state and starting on 0 though?

I only got the zero level problem when I used the 'RGBgenie Micro Zigbee Dimmer' driver, it has never happened since. My guess though is that I have made a mistake while using that driver simply because you have had good success (after your initial problem).

Although I cannot say for certain as I have no basis in fact, I beleive that when digital off was used, it set the level to 0 and when digital on was used it restored to the original level. This means that once set to level 0, physically turning the switch on starts at that value.

I just installed another of the same switches over the weekend and had exactly the same experience as before (both zero level issue and not reporting physical changes to the level). I have no idea why, I thought it may work like it has for you. As I said, perhaps I am setting it up wrong or somesuch. I might trying flipping the driver back and seeing if the problems persists and see if I can figure out why.

Also, I have two of the Candeo C202N dimmers and am looking for a face plate that is wide enough to house them. The double dimmer supplied by Candeo themselves C102 is not wide enough (only by about 2mm) thus you cannot simply replace the dimmer modules sadly. 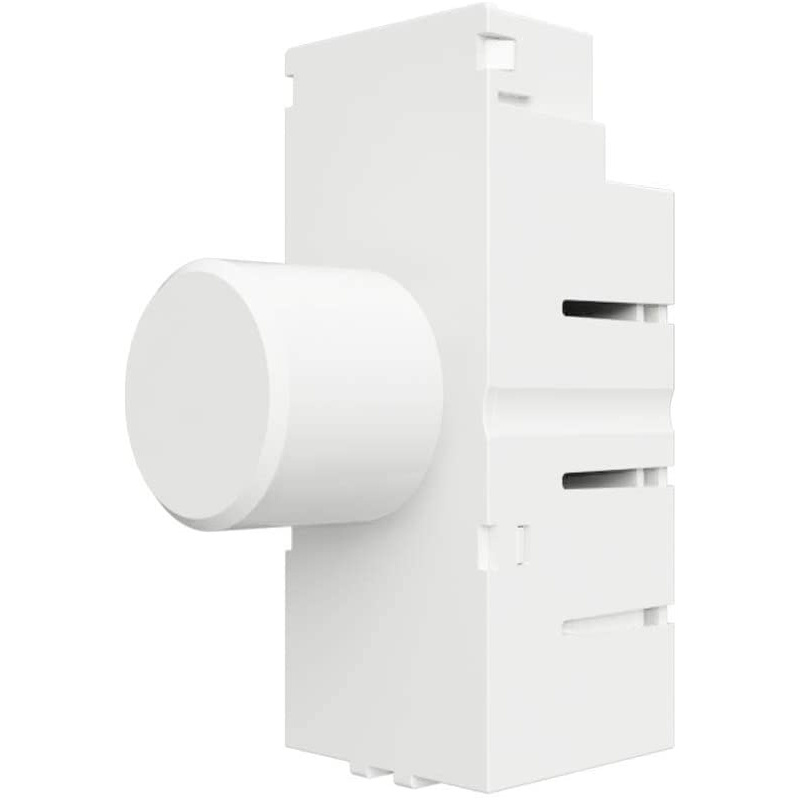 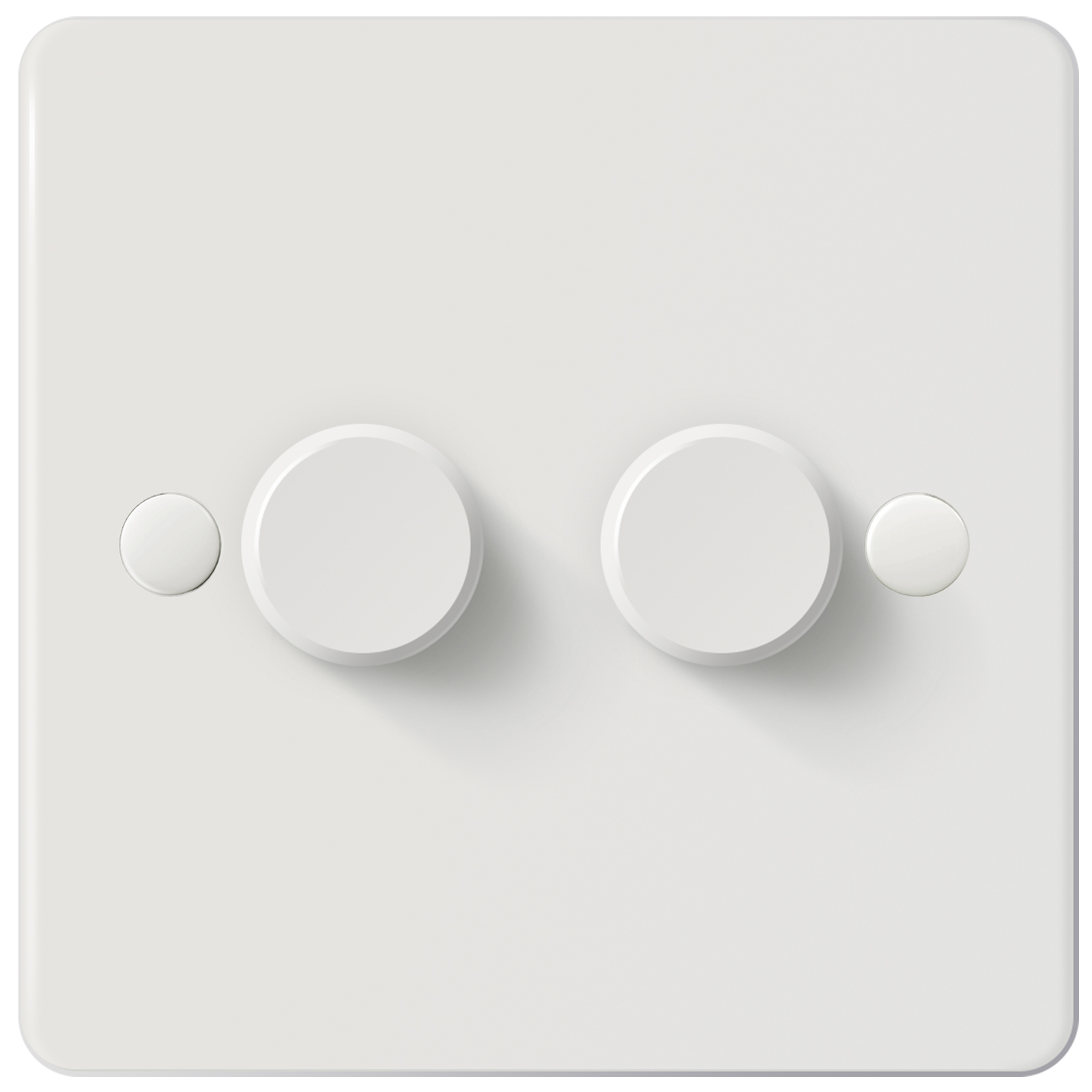 I have found one of them to drop off since so changed it to the generic zigbee dimmer. I contacted support a few weeks back but they haven’t replied. I found cutting the power completely jolts them back into life and then they report live dimming. One is your device setting and the other is the original to test which one works best for me. I got this plate from a website but can’t find it now, if I do I will post. 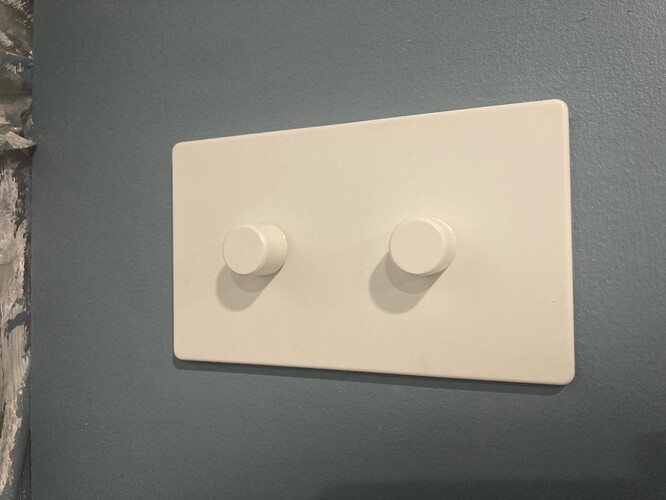 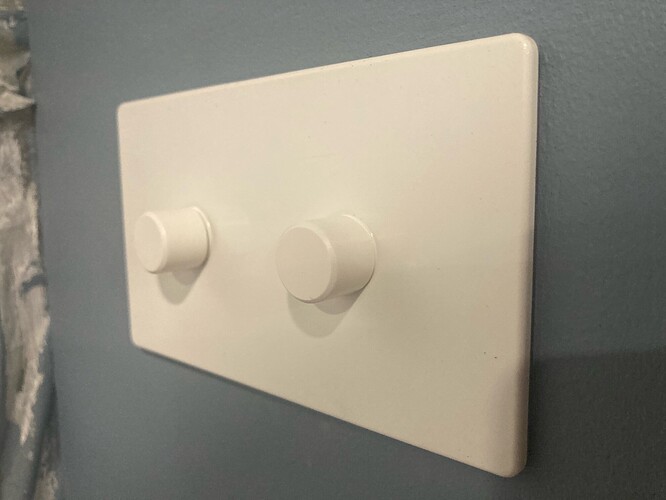 Support got back to me and actually recommended your fix

That was unexpected, I thought my solution was a workaround. Hopefully you are having less problems now.

After I ordered several single socket dual dimmers to find one that could support two C202N modules side by side I found one. It is the "Power Pro Double Dimmer Switch 1 Way Turn On/Off."

I beleive it is also sold by B&Q in the UK although this is a 2 way so it isn't quite the same model but more importantly, the face plate looks the same i.e., the rotary buttons are spaced further apart than most others: 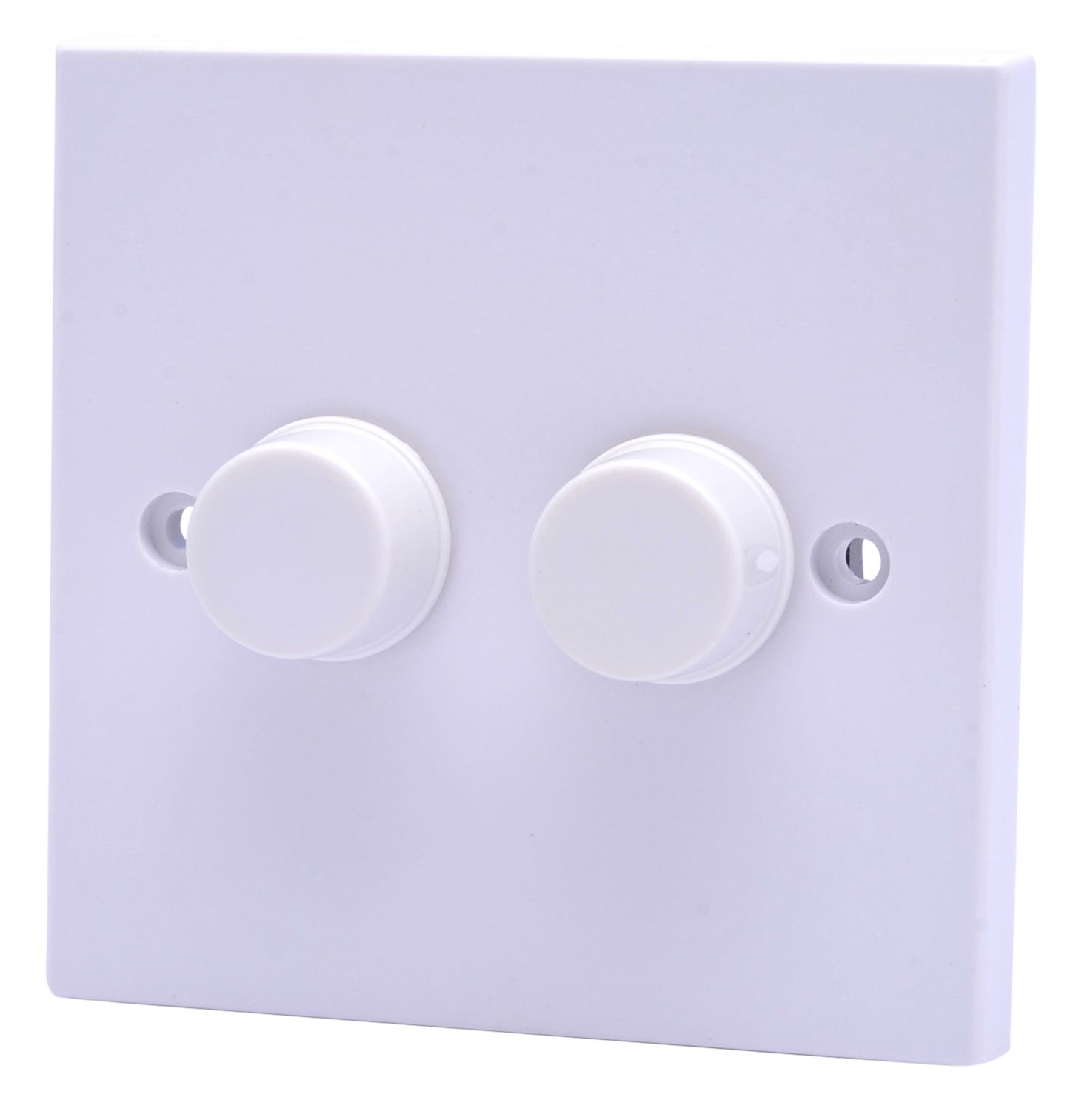 Update: Super happy with these, consistent, no issues. Would recommend to anyone in the UK.

Hey, can these be used to report a dimming value with no lights wired into them?

I am putting RGBW LEDs in throughout the house, since wall RGBW controllers don’t look the part and are relatively complicated, I want to keep the old analog dimmer face plates for simplicity and style.

If I replace the old dimmer modules with these and have the light ring wired on a different loop to keep the RGBW lights with permanent power, i.e. these dimmers don’t physically control power to any lights, will these dimmers report a value when turned so hubitat can send a signal to the RGBW lights to tell them to change dimming value?

Thank you for any thoughts!

Not a clue unfortunately. I would imagine no as it’s livewire

No - they can't. They do need a light attached to work properly and to report a dimming level.