Saw this on youtube.
Can a similar jamming device kill zigbee or zwave connections?
I know this is a deauth device. But on similar topic, jammer pretty much achieves the same- interferes with wireless connectivity. 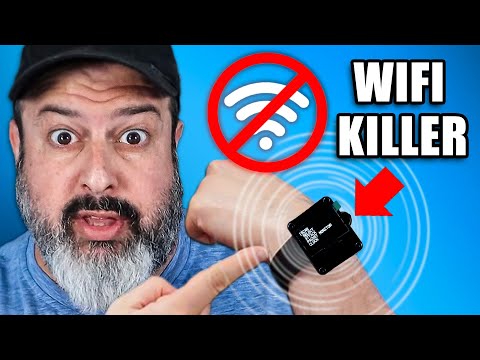 ps
the guy is suggesting using 5Ghz Wifi to counter this device, since it kills 2.4Ghz wifi. BUt I think it's a matter of time for someone to produce a similar 5ghz jammer as well.

Since Zigbee is 2.4Ghz, I fear this jammer affects it. So i guess another WIN for z-wave since it's on a different less common frequency?

Seems to me that it is illegal in the states to have one of these unless you’re law enforcement, but killing the 2.4Ghz spectrum would disable zigbee.

BTW - 5Ghz has been available for a while…

They rely on a particular vulnerability in most WiFi routers. It simply sends a deauthentication frame to a specific network device - a legitimate frame used to tell that device to disconnect from the router/AP. I don't think it will be an issue with Zigbee as although it shares the 2.4 GHz spectrum, to send the deauth frame you need the Mac address of the device and it doesn't appear during a scan. Also I'm not sure if a zigbee device would understand deauth frame. I have one myself as the only defence against a tit of a neighbour blasting music through the party wall (only as illegal as assault I imagine)

Apparently the vulnerability can be avoided by manufacturers but many have chosen not to implement the fix in their devices. The ESP board is available on Amazon for a few pounds/dollars pre flashed with the software.

Can a similar jamming device kill zigbee or zwave connections?

Almost certainly a device like this could do the same thing to Z-wave or Zigbee. If you broadcast enough interference, any radio based device will stop communicating.

This is one reason among many that wireless sensors shouldn't be relied upon to be security devices. Admittedly this is a very specific attack, and someone would have to know what frequency your sensors were, and know that you are using wireless sensors, so this isn't the most likely thing to happen.

broadcast enough interference, any radio based device will stop communicating.

Exactly. About a year ago I got back into listening to a scanner. Was curious as to why I wasn’t hearing much. Come to find out the antenna I put up was overloading the front end of the scanner. Had to buy an attenuator to drop the signal level.

This topic was automatically closed 24 hours after the last reply. New replies are no longer allowed.