Hi - Took me a while to realize why I was getting confused by this. When setting up a Button Controller for a Zooz scene Controller Zen32, when I first start, I have an option to set rules/actions for double-tapping a button. All good, as expected. Later, when I come back to edit the rules, the column for double-taps is gone. The rules are apparently still in there - but I'm not sure why I can't see them anymore.

Here's how it looks when I create a new scene controller button controller: 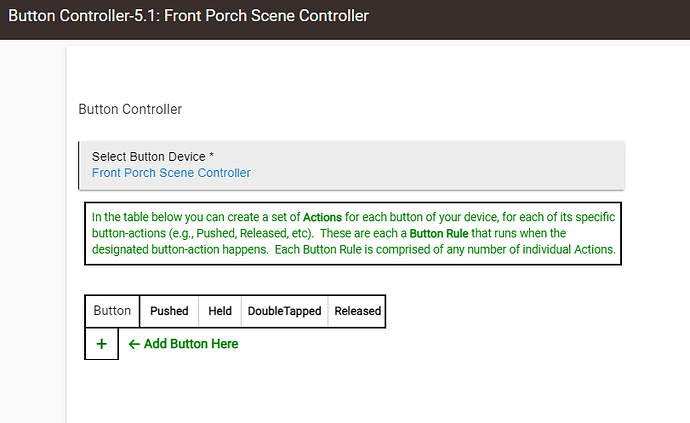 Still there after defining a rule:

Here's how it looks now, double-tap column is gone. Can't say exactly when it disappeared, but it's happened more than once. 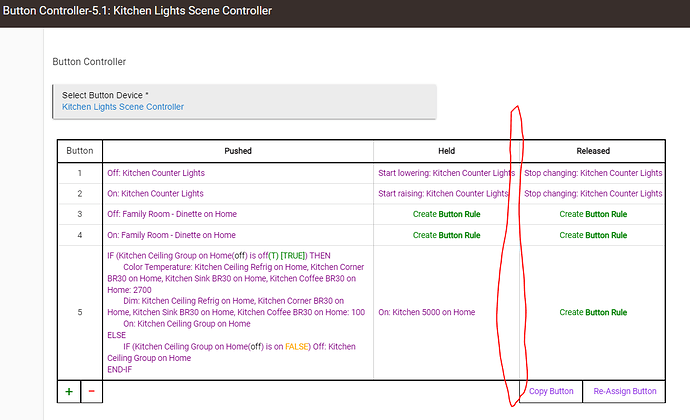 To clarify, these are two different controllers. When I realized the column was gone, I went and created a brand new one to convince myself it used to be there.

You can remove a column by clicking on the column header. When you do so you get this warning:

If it disappeared on its own, that would suggest some database corruption has occurred.

I didn't remove it myself or see that warning. How does one detect/repair database corruption?

Interestingly, the double tap rules are still there in the App list: 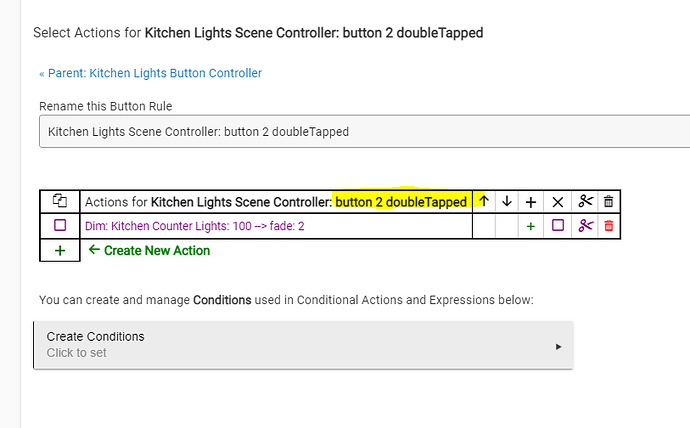 But the column isn't visible when I go into the controller itself.

To fix possible corruption restore a backup. That could be a backup you make first, so as not to change anything. But, the damage is done to those Button Controllers, so I doubt that would change it.

Please post a screenshot of the App Status page for that Button Controller (gear icon).

Also, could you show the Current States for the button device itself, from its device page.

Here you go - I'm using the community driver for the Zen32 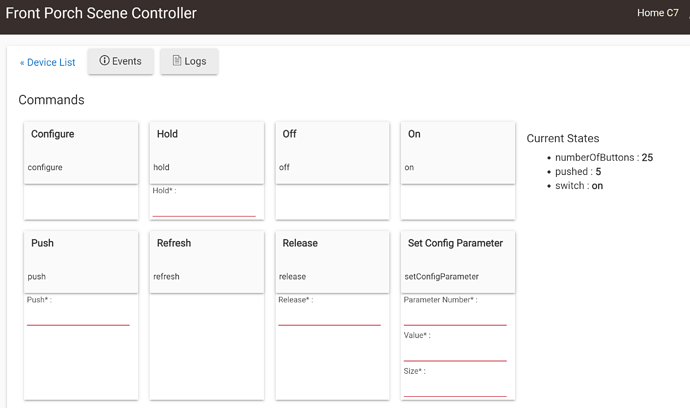 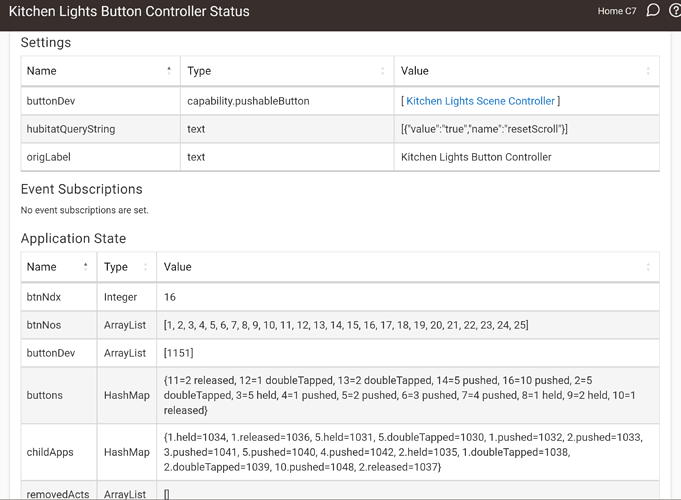 So this device doesn't even support DoubleTapped. Did you change drivers?

I did at some point - although I thought that was after the column disappeared. Perhaps that was the reason though. It appears the community driver for this uses higher switch numbers to represent double-tapped.
I'll let you know if it happens with the hubitat stock driver.

The driver tells the app which button actions are supported beyond push, namely, held, released and doubleTapped. This has to do with the capabilities defined in the driver.