You need to create a new driver and paste the code there. You are pasting it to an app.

Mine had the solar panel get accidentally unplugged and shutdown a day or two later when the battery ran down. When I noticed, I brought it back in and plugged it in, and it seemed to be uploading data to Bloomsky's servers - but their servers kept it marked "offline". I traced the network traffic and it definitely was uploading a new image every 7 or so minutes. When I reset the network, it would upload an image the servers would accept and display (BloomSky | Realtime weather and picture with daily time-lapse), and then go back to uploading an image every 7 minutes, but their servers wouldn't accept anymore.

I tried contacting support at Bloomsky, but it looks like no one is home. Their phone is disconnected and no one answers email. Their last public post was to their FB account 9 months ago. I think they are effectively out of business.

So don't let your SKY lose it's connection, because you might not get it to run again.

I just bought an Ambient Weather WS-2000 to replace it. I got the SKY for free originally from the deal posted on the ST community back in 2016. I'll miss the camera pointed to the sky, but at least the replacement will be a better weather station.

That's strange, mine was offline on purpose for a few days because I managed to strip the screws holding it together while attempting to change the battery. It reconnected just fine yesterday afternoon when I plugged it back in to the solar panel.

I wish I was that lucky. Mine has been in this state for 3 weeks now.

Anyone still have a first gen Bloomsky running? Mine seem to have stopped reporting temperature data in HE but I see it in the logs.

Edit: Correction, info in the logs is stale, it's logging same data.

Anyone still have a first gen Bloomsky running?

Bloomsky's servers have been up and down a lot lately. The company is mostly gone and some Chinese company (https://www.kantiantech.com/aboutus) has bought the IP. I wouldn't be surprised if it all turns off someday.

There was someone posting on the FB group who had written some scripts to mimic the Bloomsky backend servers, so that you could intercept the messages coming out of the SKY and process them locally.

(as I noted above, my SKY died and I was never able to resurrect it. I replaced it with an Ambient WS-2000, which locally feeds my Hubitat via snell's driver at [PROJECT] Driver for AmbientWeather API)

Yeah, been noticing the BloomSky services have been slowly going away. The phone app reports the temp, but lags an hour behind. And that's the only thing it reports --- everything else is gone. My BloomSky piston that use to report Temp, humidity, rain, etc. is useless, so it's in a Pause state for now.

Been looking at AmbientWeather and WeatherFlow stations to replace the BloomSky.

Thanks @jlv and @elf for the confirmation. I did end up on reddit and saw some of the goodbye posts from some users. I have been browsing the threads here on HE about weather stations to get some ideas on replacement. I am curious about the new Wittboy as replacement, also looking at the AmbientWeather replacements, I am not interested in the consoles so that might drive the price down a little.

Seems like the weather stations I'm looking at are more expensive than the BloomSky we got during their community outreach program back in 2016, LOL. Oh well ... surprised that the BloomSky lasted as long as it did.

Good thing there are existing HE drivers for both the AmbientWeather and WeatherFlow stations ... too damn lazy to write my own

Been looking at AmbientWeather and WeatherFlow stations to replace the BloomSky

Netatmo replaced my Bloomsky when Bloomsky announced v2 and was looking like the v1 owners would be left out, then WeatherFlow replaced Netatmo recently. WeatherFlow is awesome.

This is one wittboy, I've only seen one owner (I think) in the forum. 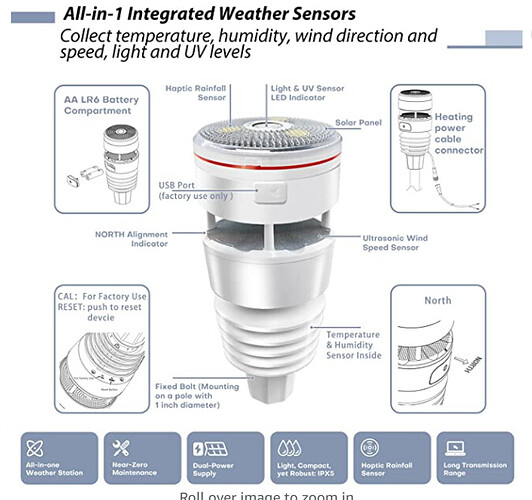 Similar to the WeatherFlow Tempest, but the Tempest is solar-powered.

Might look into the wittboy for my other WS, but hesitant on battery-powered WS out in the desert environment, namely, Las Vegas

; my other BloomSky has physically survived Las Vegas, surprisingly.

Been running Netatmo's rain gauge in parallel with Tempest and they have been almost a perfect match. 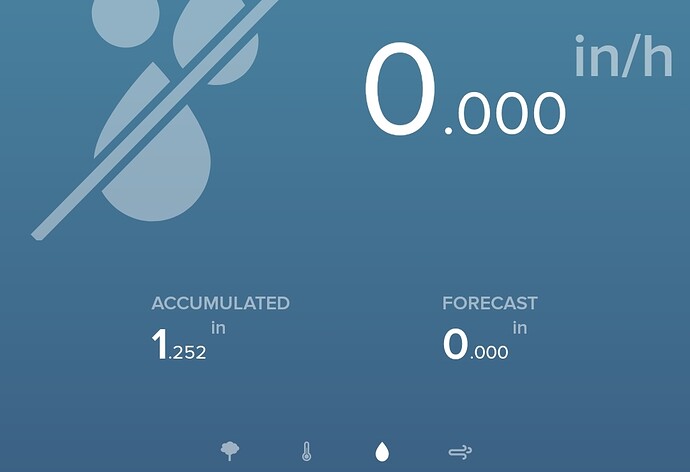 That's pretty good. I haven't seen 1.2 inches of rain in decades in the south west

The one I posted above is also solar powered. I haven't looked into much detail about each of the options but I would prefer one that doesn't need another gateway/hub.

Oh, only noticed the bit about the two AA LR6 batteries.

Pulled the trigger on the WS90. I hope it lasts as long as the Bloomsky did. The no moving parts thing might help like you mentioned. The other weather stations I've looked at seem to need new arrays at some point.