Finally got rid of the Mr Beams battery powered light I had mounted in the ceiling.

Took me a lot of searching to find this kit so I wanted to share. My fav part is the IR sensor instead of a motion sensor I see with a lot of others. I specifically did NOT want a motion sensor.
https://www.amazon.com/gp/product/B08YDC88FJ/

Since it is right next to the fridge I drilled a hole in the wall and fished the wire through and plugged it in behind the fridge. The wire for the power pack to the sensor was not going to be long enough so I cut excess from the LED lead wire (which was excessively long) and spliced it into the power supply cable. If you add an outlet in the closet it will work as-is, which I will be doing for the Coat Closet next.

The little IR sensor, SHOULD be mounted opposite of the hinge side of the door which I realized after I had the whole thing installed. I thought it would be better on the hinge side, less likely to get banged into. I just had to set it back far enough to detect the small swing on the hinge side. Surprisingly it has just enough room between the floor and that trim to see the door open and close.

No light (how it was when we moved in) vs with LED Strip: 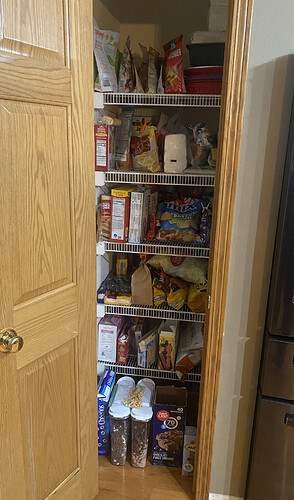 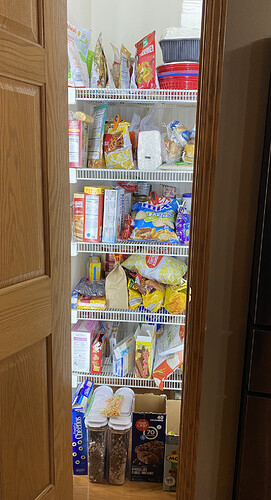 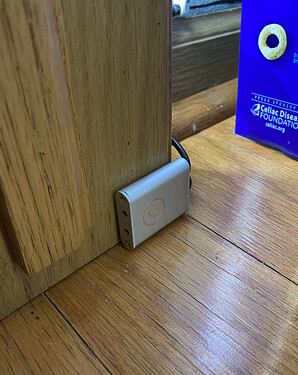 people seem to head for smart a lot, even if not required.

Hmm, might have to aquire one or two of those controllers.

Nice find. They do sell them on Amazon separate as well but I think they are $9.99 there.
Just be aware its about 3-4" away it will detect an object in front of it, but if you put it on the non-hinge side it should trigger quick. I had to adjust mine back because as the door swings open on the hinge side it was still too close at first.

Have 2 of these for my closets and they work great! Thought about automating them another way but figured this is the simplest solution that works 100% of the time. Don’t regret them one bit

Do you still open them just to admire your handy-work or will that fade out over time?

Still do! Still amazed by the amount of light and simplicity!