Did not see this mentioned yet, looks pretty decent - Zooz will finally answer all of the fan/light combo switch issues. : homeautomation 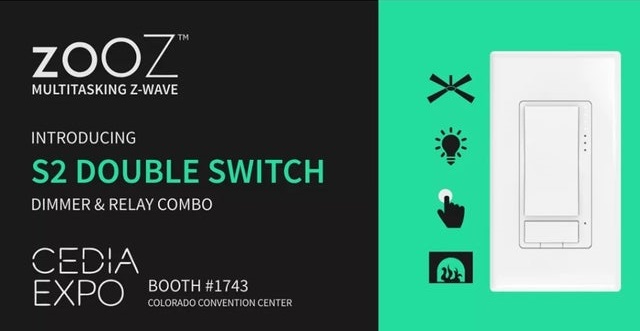 It doesn't look like it will be able to control fan speed though. That's kinda disappointing.

Eek, lack of speed control is disappointing indeed, though I guess I rarely change my fan speed, so I'd probably not much miss it too much. But if we're putting items on wishlist, if they made a canopy module that worked better than the Hampton Bay/King of Fans one, that would be awesome, too.

(Could you just put a Z-Wave fan switch hidden in the ceiling box? I'm not sure I'd have room or if that's to code, but I guess it would also work...not a huge fan of my Hampton Bay, even with repeaters, in case you can't tell, but without a separate load wire run for the fan, I don't have many options, including this one as intended to be used.)

EDIT: I have since replaced my antenna in this module as suggested elsewhere, and it is fantastic. I do not have to worry about having a repeater as close as possible anymore, and my LQI has improved dramatically even after moving the repeater where I really wanted it. I cannot recommend this enough. (See below for more on how to.)

.not a huge fan of my Hampton Bay, even with repeaters

The single best thing I did to these was change out the antenna. I put a higher gain one in, and it works terrific now. No more issues since I did so. If Mike changes the driver so it doesn't have child/parent like the another thread said, it will make it near perfect.

I thought I read about someone who tried that--must have been you. I'll see if I can find the post, the parts, and have the skill to do it myself too.

It is easy, except things are tiny to work with. It is only two phillips screws to get the box apart, and a set of tweezers and possibly a small flat blade screwdriver to install the antenna.

This is a bit old, but I thought I would contribute something I did to help this device work better. The stock Zigbee antenna seems weak in general. I went to Amazon and purchased two new Zigbee/2.4 GHz Wireless antennas. The one was a small leaflet, like you would use internally in a Wifi router. The other was a more proper antenna on a printed circuit board. (links below) Both were about $8 each, so not expensive to try. The controller box opens up with two screws, and you just pop the old a…

Don’t see where it mentions that it has no speed control, I do see what looks like 3 lights on it, thought that it might work like the GE/Jasco fan controller where you just hold the top or bottom of the button to increase/decrease speed and that the lights might indicate the speed setting?

Here’s another antenna source, I’m contemplating doing this as well.

I didn't use that antenna for a couple reasons. It was much harder to hide (ugly) and IF I remember correctly, the gain was less than the other antennas I ended up with.

It says dimmer with relay. How do you control speed with a relay?

Don’t see where it mentions that it has no speed control, I do see what looks like 3 lights on it, thought that it might work like the GE/Jasco fan controller where you just hold the top or bottom of the button to increase/decrease speed

The GE/Jasco is fan-only, not fan and lights. The Zooz description isn't super-clear on this, so it's possible there's speed control for the fan, but it seems unlikely given its description as a "dimmer and relay" combo, where "dimmer" is undoubtedly for the lights and the "relay" for the fan, with "relay" generally used to mean an on/off relay switch that wouldn't provide a way for motor speed control. The LEDs are undoubtedly there for, at least, the large dimmer paddle for the lights at the top (only three LEDs doesn't seem like it will give you much local indication of the level, but that's another story). The small button for the fan at the bottom has only one LED next to it and is probably just on/off for that switch.

Again, anything is possible, but unless they've announced more, all signs point to "no" for fan speed control.

I agree with the terminology "relay" implies one speed.

I am making a huge assumption here. Couldn't you possibly deactivate the relay, and use that as a button controller for something like the Hampton Bay controller? You would push the button to go Low>Medium>High>Off.

Why would you use this AND a Hampton Bay Fan controller? That doesn't seem very logical to me. Just use a hampton bay and a pico. Or some other button controller. Why spend all that money for the zooz?

Well that is what I was saying above. If you already have a Caseta Bridge this would be basically more expensive. If for some stupid reason you are avoiding Caseta stuff, this would be an alternate solution.

We still don't know this device's capabilities though. Maybe it is some miracle in a box?

Couldn't you possibly deactivate the relay,

That's a big assumption: it took years of convincing Zooz to see the value in allowing users to disable the relay in their switches (and the equivalent outcome in a dimmer) via a Z-Wave parameter, so I wouldn't count on a button intended for use with a fan to be able to do that any time soon.

But if you don't want it software-configurable, wiring line and load for the fan together should do the trick, which Zooz has suggested for switches/dimmers in the past.

That being said, I agree with the above: there's no need to use this and the Hampton Bay Fan Controller: this switch would only work if you have two switches run already, one for the fan and lights; the HBFC is intended for installation in the canopy when you don't have that. If you already do, I'd say just use any fan switch you want (no need to use Lutron; besides Caseta, there's HomeSeer and GE, at least) and your light switch/dimmer of choice. The only advantage to the Zooz is that it's single-gang, so I guess maybe if you're cramped for space...

We had to give up on speed control for this model. A lot has changed in fan control over the past few years and most of the new ones come with a remote control so speed control gets complicated if we need to accommodate both the older types of motors and the newer low-voltage ones. It could be done, but would take much more time and money to develop so we're making it simple, offering a more flexible solution instead.

Unlike most other fan speed controllers, this one will also be suitable for use with exhaust fans and many other on/off devices since the relay can be wired as dry contact as well (many applications here). And YES, the relay can be disabled in the current firmware version. We added it to the switches right after you guys started asking about it, for some reason we didn't get that many requests about it in the past.

The lower button is meant for fan control but also for any type of additional control, including scene control and virtual switch function so you can use this switch even as a single switch replacement if you'd like to use the lower button for remote control.

When and where can I get one?

We hope to have it released by the end of November and as usual, it will be first available at The Smartest House website, and on Amazon shortly after. I'll post here once we get closer to production date but feel free to ask any questions in the meantime.

The upcoming inovelli one looks to be much better: 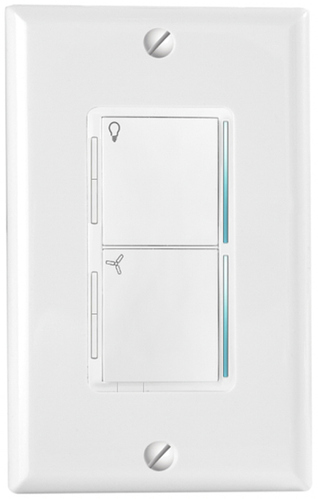 Introduction As mentioned in the 2019 Product Roadmap topic, this thread serves multiple purposes. Allows us to keep you updated on the project status (either good or bad) Allows you to participate and help us develop amazing products with you...