veeceeoh thank you for the temp/humidity driver I am in the process of moving from ST to HE and have a bunch of these sensors. The one thing I miss from the ST driver is the display as integer it make my smart panel cleaner. Any chance this could be added or is there something in the code I can change?

As far as I understand it @veeceeoh is not supporting these drivers anymore or has been MIA for a period of time. That said @markus is supporting many Xiaomi Aqara devices over on this thread.

As far as I understand it @veeceeoh is not supporting these drivers anymore or has been MIA for a period of time.

Just a note for people reading this thread, his last log in was Feb 2020. I hope he is OK, but I think that these are possibly abandoned at this point. Hopefully he returns at some point, he made some valuable contributions here.

That said @markus is supporting many Xiaomi Aqara devices over on this thread.

That is probably the way people should go at this point. As time goes on, Hubitat changes may, and probably will, cause issues with drivers that are not kept up to date. Markus has some excellent drivers, so I would encourage people to try those instead.

There's any intention from the Hubitat team to have these drivers built in? These aqara sensors are amazing, they are Compact, Nice Looking and Cheap.

They have said "no" in the past. The devices have some quirks, particularly with respect to what Zigbee repeaters they play well with, and I imagine they would not want to claim these devices are "compatible" in light of all that (and the likely ensuing support nightmare). If you're looking for drivers that have been maintaned more recently, the ones by Markus at [Release] Xiaomi / Aqara / Opple Drivers with Presence!, also mentioned above, are what I would look at.

If the first thing is news to you, then I'd also read this thread, or at least the first post.

NOTE: Although many users have had great success using them, Xiaomi / Aqara ZigBee devices are NOT officially supported or guaranteed to work on the Hubitat Elevation platform. Because of their small size, simple design, and relatively low price, the Chinese home automation (HA) market ZigBee mesh network-based devices from Xiaomi / Aqara have seen an increasing level of popularity in other countries, where users are attempting to integrate them with their HA hub platform of choice, instead of t…

Has anyone tested battery life for the temperature and humidity sensor? Mine is draining a little fast. 5 days since I started using it and battery is at 86%.

It should stabilise around there, they all drop really fast then stop.

I got about 9 months out of the batteries that shipped with the sensors. The replacements have been going for almost a year and a half. My sensors are in the bathrooms ( many temperature and humidity fluctuations).

Seconding other comments, I have two of those. One in a covered terrace and one on the north wall of the house, they have both worked almost flawlessly since installation. The one outside worked well for a couple of weeks then disappeared and had to be reset. That aligned with me getting an IKEA smart blind and plugging in the repeater close to that sensor fixed comms issues. Both their batteries depleted rather quickly and have been hovering around high 60s% for a long time now, it's been more than 6 months.

I've had great success with @markus drivers when I moved from these drivers.

I'm new to home automation, and my Hubitat hasn't even arrived yet. But it's on the way and I'm trying to buy the various devices that I want to pair with it now. Aqara devices are attractive due to their price. Also, I really like the buttons that they have. So I'm interested. I'm also aware of Hubitat's article stating that these devices aren't officially supported if paired directly to my Hubitat. (Although, from what I've gathered by the various different Aqara-related threads ,this one included...some reliable drivers are out there for these devices.) All that withstanding, there should be no problem if I buy the actual Aquara Hub and pair that hub with my Hubitat, right? I would then pair all of my Aqara devices to the Aqara hub (and use only Aqara or Ikea repeaters, if needed). This should be the most stable approach to utilizing Aqara devices, but still utilizing them in some Hubitat-driven scenes, right? Since I'm so new, I need to keep things simple while I learn to walk with home automation.

You should be fine but keep in mind you'll be creating dead zones in your Hubitat mesh around where you put those devices since they will be part of a different mesh with the Aqara hub and won't be contributing to the Hubitat mesh. Try to use a different channel so you don't create interference.

Thanks! My initial plan is that Aqara will be my only zigbee devices. All others would be z-wave. So I'd have two separate meshes.

All Aqara devices (including the hub) are on Prime Day sale in the US right now. I think I'm going to take advantage.

If you add motion sensors, I'd recommend zigbee. The response time is about 3 times faster. Zigbee battery devices tend to last longer also.

Oh. Thanks for that tip. I wasn't aware and will keep that in mind.

You can pickup 10 of the Iris 3210-L2 Zwave Repeater/Zigbee Outlet devices for around $75 bucks for all of them also to help build out your mesh. The nice thing is they help strengthen both your zigbee and zwave meshes and at around $7.50 a device the price is hard to beat. 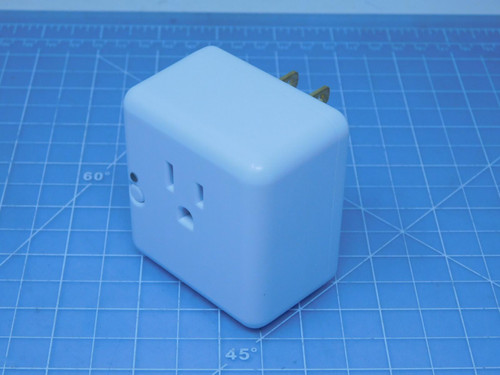 Zigbee locks also generally perform better. For almost everything else I'd go with Z-Wave.

Wow. I'll probably be getting that!

I'm starting to get confused. I already understood that zigbee operated on 2.4 ghz, and I know that wifi also utilizes that frequency (as well as other frequencies). But Aqara says that it requires a "secured 2.4 ghz wifi network connection". Does this mean that if my 2.4 ghz wifi goes out I'll lose operability of my Aqara devices? One of the primary reasons I bought the Hubitat was to keep my automation active even if wifi goes out.

But Aqara says that it requires a "secured 2.4 ghz wifi network connection".

That's for the Aqara hub. So if you have Aqara sensors paired to the Aqara hub, you'll lose the capacity to use those sensors if your WiFi goes out.

There are ways to pair Aqara sensors directly to the the Hubitat (such as using these drivers). The issues are that these sensors are not bog-standard ZHA 1.2 and therefore can be unstable on Hubitat. One is best off using standard ZHA 1.2 devices (or z-wave devices) directly paired to Hubitat - as @lewis.heidrick has suggested.

I would just add, if you read the headline and through this thread, this particular set of drivers is apparently NOT being maintained. They have not been changed or improved to match changes in Hubitat's software changes.

For most of these (maybe all?) there is a NEW set of drivers that IS being maintained.

Just as a side note, this thread should probably be locked, there are few cases where any of this is relevant at this point in time. The author of these drivers has not logged in in many months now, so I doubt he will be able to answer any questions about these drivers. Instead, I would encourage everyone to post in that thread linked above.