I am close to finishing up a port of a LG integration from Smartthings. I searched the forum and the only reference I could find was a post about Samsung TV capability. Unfortunately, I have several brand TV's so the LG driver only helps with one of them. I am not sure if I should work on the Samsung next or Vizio. I have mostly Samsungs but according to the post I linked maybe this is already in the works.

Vizios should be able to be handled with the Google Assistant relay as they are basically just Cast devices now. You can pass custom commands to turn on, change volume, and such from the relay.

A Node.js server that allows for sending commands to Google Home/Assistant from endpoints - greghesp/assistant-relay

As for Samsung TVs, no idea, but I've always heard they are a pain to deal with.

@ekimmagrann can you share your LG integration when you are done with it. Thanks

Would also appreciate sharing your LG code when ready! Thank you...

@leeonestop @jk12
Here is the link to the lg app and driver. I am still trying to tidy things up but it should work for the most part.

Is anyone working on Samsung Smart TV? I am thinking about a Hubitat simple remote control interface (emulation of the remote control via WiFi) PLUS adding the AudioNotification ans Speech Synthesis capability. I just tested the audio notification and it works!!!!! Same voicesRSS org tts conversion as I use in the Samsung Multiroom Integration.

ANYONE WORKING ON THIS????? If not, I will start next week!

Not that I am aware of. I tried starting on it but didn't get very far. Been busy with other integrations.

Do you know what models your potential integration would support? Different OS's and capabilities over the model years seem to make it difficult. (For instance, I have a 2014 "H" series which is pre-Tizen.)

No. I am not sure; however, the remote and UPNP interfaces are independent of Tizen.

When I am done, I will have the smart app check for the UPNP (part of installation).

Mine is the low-end 2016 version. Has Tizen but not the other bells and whistles.

Just found this that might be of interest to those not coding-impaired:

Slightly failed. My TV does not have the remote control port (or it is inaccessible). Still working.

Re Samsung: I managed to get a basic integration working via a python and node red - I take no credit for it - I just pieced together what I found online. I’ll post the details tonight.

By integration, I mean being able to send remote control commands such as channel numbers and power on/off.

I originally used this to power off / on my TV via hubitat and in routines but the issue was there wasn’t a discreet on and off command just a toggle of power with my model. So, I ended up having to maintain state using a virtual switch as soon as someone used the remote instead things got out of sync and the tv would come On when what you really wanted to do was turn off all appliances eg as part of a night routine.

Looking forward to the details. When you post, please be specific as to which model(s), year & OS, you have made to work. For instance, I have a 2014 H-model that's not Tizen. If yours is newer, then I'm not likely to get very far.

Could not get it to work at all reliably. My Samsung goes into wifi sleep and can not be awaken without turning it on. not worth the trouble and too inconsistent.

Stuck at work but take a look here: 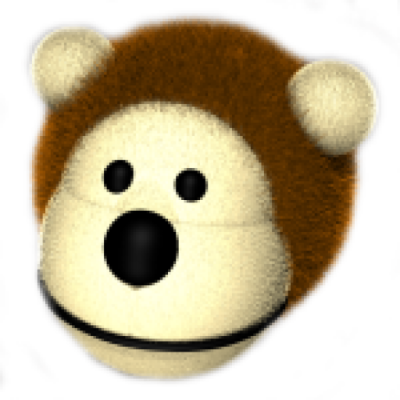 My Samsung goes into wifi sleep and can not be awaken without turning it on.

Arg.... this is what I was afraid of mine. Unless I have it on, I can't see it on my network. In all fairness, it is old enough that it uses a USB adapter for WiFi.

Does anyone know if I can grab my Vizio TV status through Google Home integration somehow? I'd love to prevent certain bulbs from turning on when it's online, and I don't want to turn it on using Hubitat.

I've noticed that if I mute/unmute, the chromecast app/driver does pick that up. On/off is not something the driver seems to track.

My solution to the deep sleep issue has been solved by attaching the WakeOnLan app to the TV's on/off switch. So if it's in deep sleep, the WOL command will wake the TV and power it on.

I have my Samsung TV integrated using Home Assistant and it works pretty well. I can control it with Home Assistant i.e. turn it on, change the input and launch apps. However, the one issue I have with it is that it doesn't properly report the input. I need that for the automation I want.

Hopefully, someone can reproduce this in HE and get the input reported also.

Hi, great component and working pretty well for me on my new Q70 and lets me switch between apps. I’m in Australia and we have a video app called “Stan”. Any way I can grab the code for that app somehow and modify the application.py so I can start...