Thanks I was able to complete and looks like all there. Is there a link to better define the items? Not sure what Default Local Level and Default Z-Wave Level would be used for? 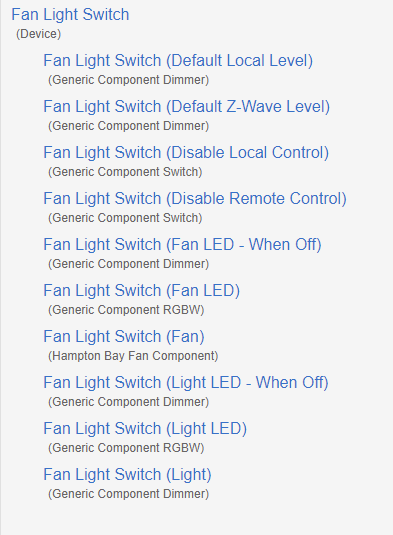 Inovelli might have this documented somewhere, but basically, those are a way to set some device options using "standard" commands in Hubitat (so usable with common apps, instead of needing to set the device preference manually or using a custom command). The two you asked about are the level the device will default to when turning on from either a physically paddle press or a hub (Z-Wave) "on" command. It's unlikely that most people would need every single one of these devices, so I'd uncheck the ones you don't want, but it's up to you, of course.