I have a couple of the Zooz Q sensors, and they aren't bad, but they're also pretty big (albeit symmetrical and not as long as the ThirdReality, which I've never seen in person). Like many Z-Wave motion sensors, it also tends to be a bit slower to generate a motion event compared to most Zigbee sensors, so that's important to consider if you're using them for motion-based lighting or other automations where timing is important.

If you're looking at price alone, it's hard to beat the Sonoff ZNZB-03. But you did say "not ugly," and lots of people might consider it to have failed that test.

(They're pretty small though, and from far away it's not likely to be noticeable either way...) If the Iris v2 (3326-L/3326-L2) motion sensors were still available, they'd be my recommendation, but they're long discontinued and seem to be hard to find even on the secondary market now. The v3 isn't bad, either. The SmarThings sensor, now/soon to be manufactured by Aeotec, is also pretty good but starting to get on the larger side of things again. Something I haven't tried and therefore can't recommend but am tempted to anyway based on the manufacturer's reputation (they also made the Iris v2 sensors) is the Centralite Micro motion. Looks small, not ugly, and not too expensive...but no personal experience.

Phew - I can breathe again. @rakeshg just said he’d take some of these off my hands

But you did say "not ugly," and lots of people might consider it to have failed that test.

Yeah - I looked at the Sonoff but they are so ugly! Also, I had visions of @mike.maxwell talking about them on one of the HE videos

Centralite Micro motion. Looks small, not ugly, and not too expensive

I was intrigued by these as well. But like you, I had a Centralite plug and it is now sitting in a junk drawer.

When I read about them here, I purchased three of them. I only need one at the moment but wanted a couple of spares. I have Iris V1 and V2 motion detectors along with some Bosch motion sensors. Since the Iris sensors have become scarcer than hen's teeth, this looked to be a good alternative since they were written up as compatible with Hubitat.

As stated above, these pair with the generic Zigbee motion detector driver. Initially, I did not see a battery report, and asked if they do report it. Later I looked, and did see a battery level report. The reply I got on Amazon is that the batteries (standard AAA) should last 2 years. I like that this one uses standard AAA batteries. Purchasing the CR2 or 2450 Lithium batteries adds up to a much higher price than the inexpensive AAA Alkaline batteries over time.

As to appearance, perhaps some might consider them as less attractive due to the long, thin shape. It is small and unobtrusive, especially when compared to the Bosch motion sensors I purchased previously. They are a good alternative to the Iris sensors. When mounted, they are no more visible or invisible than the Iris sensors. They are much less visible than the Bosch sensors.

One thing these lack though is temperature reporting. Third Reality did respond to a question on Amazon stating that that might be in a future unit, but not this one. What compensates is that these are Zigbee 3.0 so performance should be solid.

I have Iris V1 and V2 motion detectors along with some

Thanks for the detailed information. I ended up by scoring some Iris V3s but I had some trouble with one of the two units that I paired. It kept trying to update firmware, so unpaired both for the time being. Going to keep the Third Reality on my list in case I can’t get the Iris ones to work.

These are actually pretty nice. Slim, reasonable response (about the same as Aqara as @aaiyar mentioned), come with batteries and mounting screws and adhesive strip, easy to open, join easily and have decent Zigbee range without a repeater (much better than the Sonoff). 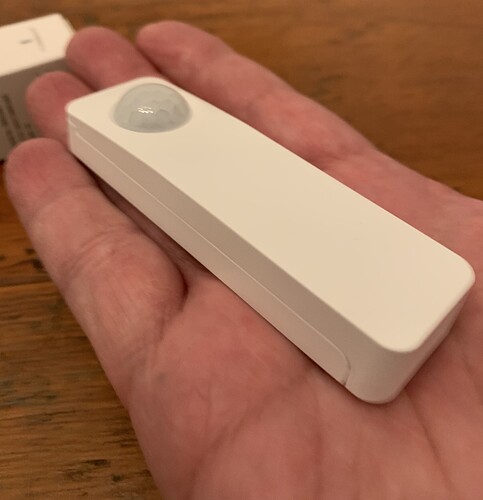 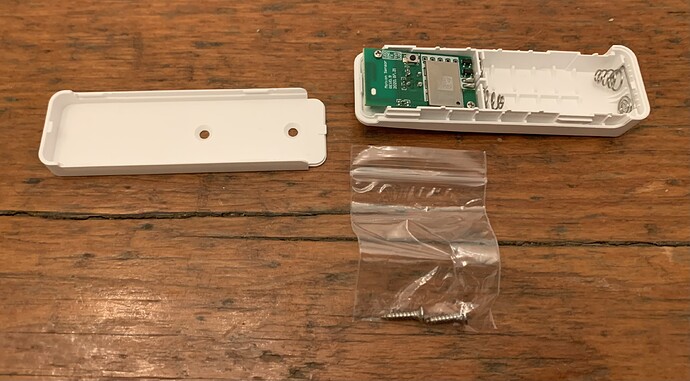 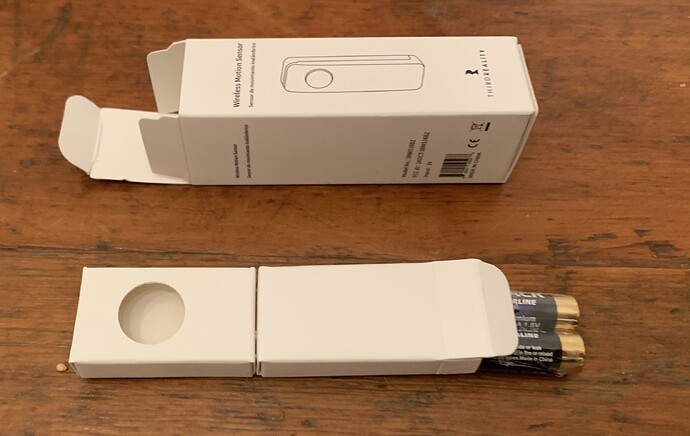 I’m pretty happy with them as well. There’s a few in my cart currently that I need to pull the trigger on.

I really like these but need a thermo. Anyone know if they added that capability or do you have a zigbee thermo recommendation? Need a small device to put in a waterproof box so size and range are the criteria. Ugly is ok

Sonoff does too but it does not appear to be Zigbee 3 like their other stuff so ymmv.

I just installed two and they work very well. They paired immediately but my Hubitat recognized them as moisture sensors. I just changed them to generic Zigbee motion sensor (no temp) in the Device and they assumed the correct identity after reboot.

The rectangular shape is dictated by the two AAA batteries which I regard as a plus.

I don't know if the incorrect identity issue resides in the device or in the (my) Hubitat.

I am using some of these. I've been using with smartthings and now moving them into my Hubitat environment. They paired easily and right away. My only issue is the battery is only showing 57% on hubitat with new batts. Anyone else run across this?

Third Reality has some odd battery reporting issues as of late -- there's another thread lately about the motion sensor in particular, and @mike.maxwell has tried one fix for that already, but the issue still seems to persist for (at least) some of us.

Interestingly enough, there's another few posts lately about battery issues with the 3R contact sensor too.

SO has there been ANY attempt to fix this????
I have 5 of these contact sensors and they ALL exhibit the SAME problem. I know it isn't the battery as ALL the voltages are at least 3 volts, AND I tested one of the sensors with a bench power supply, and the voltage needs to be around 4.35 for 100% reporting.
They did report correctly when I first installed them, but they have failed within the last couple of updates.
Same driver, same sensor DIFFERENT firmware. So NO it isn't the sensor....

just wanted to say thank you to community for this thread, can these be used for lighting? all my zwave sensors are too slow so looking to put some zigbee around the house

How long after walking by one of these sensors does HE read it as active? Does anyone know?

I don't see why not. I use their contact sensor to turn lights on and off when I enter/leave a room and it works great

How long after walking by one of these sensors does HE read it as active? Does anyone know?

It's fast enough. Is something else out there faster? I dunno, maybe, but it all ends up depending on your own mesh & network anyway, so who knows.

I was using it to turn on bathroom lights before deciding against using motion for those, but that wasn't due to the 3R sensor. We had no complaints about its actual performance -- it's a solid, dependable device.

I'm thinking of using it more as a presence sensor than for lights. So more along the lines of how long could one remain seated before it thinks the room is empty?

how long could one remain seated before it thinks the room is empty?

Depends on where the sensor is. I have a motion sensor right under my computer, and it detects motion for as long as I’m sitting in front of the computer.