Ah here in sunny Mountain View, CA 15-20 degrees is the lowest it ever gets and even then, that pretty rare. We’re using ours for key indoor plants only. Maybe if we redo the yard we’d consider the Spruce sensors for each major planting area. Kind of surprised the smart watering systems like Rachio, Rain Machine, etc don’t have their own zone sensors.

I recently purchased the Spruce Zigbee Moisture Sensor, but I cannot get any data from either of the drivers mentioned above.

The sensor connected quickly and I can see that it is connected to my Zigbee network.

I’m not sure what I can do to debug this further... The logs don’t tell me much, but I know very little about how Zigbee works... 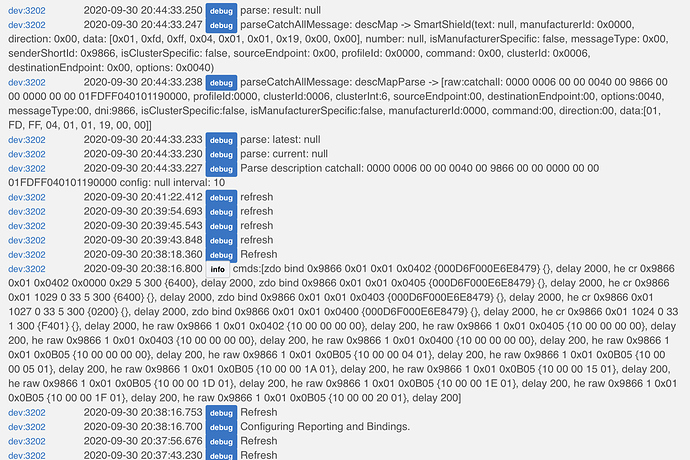 I’d love to get input from others in the community on this - Is there anything that I can do to debug this further? Are there other drivers for this device out there that might work for me?

I was able to get the spruce sensor working with my HE just today.

I used the driver from here:

I only installed the soil sensor driver. I do not have a Spruce irrigation controller so the rest of the drivers and apps were not what I was looking for.

I used zigbee channel 20 already so the device paired fine.

The key for me was to install the driver before pairing the sensor. Once I did things in that order it started to report fine. Temp and humidity.

Me neither. Mine is reasonable most of the time (something between 0-100%, and I just got a feel for when it was likely "dry" enough to need watering based on my usual schedule and the rainfall amounts my area was estimated to receive, plus how long it stayed at that level), but as of a few weeks ago, mine is now giving impossible values:

I'll probably put it away for the season soon and try a reset and re-pair next spring, and hopefully it will be better then. I had similar problems at some point last year. While it was fun to experiment with, I'm not sure I'd really recommend this device (it also does temperature, but that's not a good indicator of outdoor temperature for me given that it often receives direct sunlight, and I'm assuming it's temperature of the upper part and not the soil probe, though I don't know). Hopefully it works better within Spruce's own system, but with my experience so far, I'm not about to find out.

I did see somewhere online an image that showed that the temp sensor is in the bottom most portion of the blue part. So that it would be touching the ground, but not in it necessarily.

Also. My sensor seems to have the max humidity at 10 and the minimum at 5. Which basically tells me nothing.

Those are just the maximum and minimum values it has reported since you started recording (or reset these values), in case that is helpful. Mine used to range up to 100%, rarely getting close to that but often hovering around 70-80-ish, if I recall, back when things when were working well; when it stayed much lower than that, I usually preferred to water, though your plants/preferences may vary).

Thanks. That makes a ton more sense than what I was thinking. 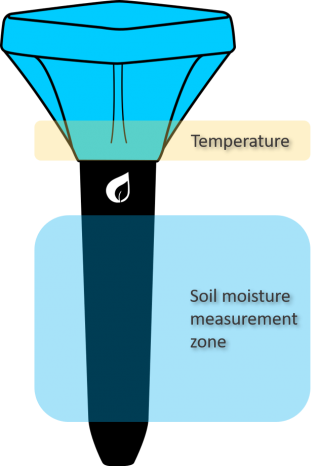 Here is the image showing the sensor locations.

I concur. Mine was paired and adding the driver afterwards didn’t work.

I therefore unpaired it, reset the device and then paired it again with the driver already installed and that did the trick. The device now reports its status. Thanks!

I looked for these and they are back ordered and won'r be around until May....ANyone have an other sensors that work with HE

I use these. You also need a WiFi gateway which I wrote a driver for.

I like that they use standard AA batteries (I put Eneloop rechargeables in mine).
They are also very consistent: 0% open air, 99% in water. I could never get that with the Spruce sensors.

Since I started using them about one year ago, I've had zero issues.

They are also very consistent: 0% open air, 99% in water. I could never get that with the Spruce sensors.

So you're telling me my Spruce Sensor's current reading of 328% might be wrong? 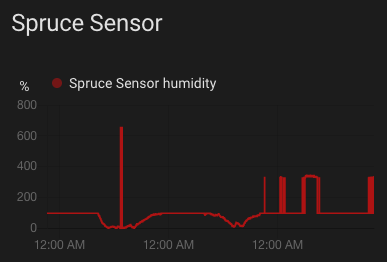 I've never quote understood the readings it gives, but it seems mostly OK side from these frequent outlier readings, so either I got a dud or this sensor is a bit odd (I see above I had even more odd readings last fall). I'll have to look into the one you mentioned--except I have an AmbientWeather station so will have to get the more expensive branded version, from what I can tell. But the devices otherwise look similar, so hopefully they'll work equally well. Thanks for the recommendation!

I've got a fairly mature diy Zigbee moisture sensor working well based on this board I make, paired with a standard capacitive soil moisture sensor...

This is what the new, battery powered board looks like. (The old board will work, but you have to solder on battery wires and remove the components I mentioned in the last post.) There is a 2450 battery holder that gets soldered to the bottom side, under the circle. [Screenshot_20210402-215617]

For $25 you can get a battery powered Zigbee board, soil moisture, and air temp. Plus there's 2 more adc inputs and 3 more digital inputs available for adding other sensors.

Let me know if you're interested... I can make an ebay listing.

That's exactly the same behaviour I was seeing with my Spruce sensors. I eventually gave up and sold them on eBay. Hope it wasn't you that bought them

Regarding the WH-51 moisture sensor, these are all made by the parent company Fine Offset. So if your station is compatible with them, I'm pretty sure the generic version will work as well.

Regarding the WH-51 moisture sensor,

These get my vote too, I recently setup a bunch of them with their WiFi gateway. So impressed with them I ordered a some more and a weather station too, which are on the slooooow boat from China at the moment (I'm in the UK and they don't seem to have any EU or UK distributors).

I did have one initial WH-51 die after a few weeks, not sure what happened to it but it stopped outputting anything and kills the battery in about 6 hours. Ecowitt offered to send a replacement with my new order, pretty good service!

For those of you still interested in Spruce Sensors - Gen3s are back in stock. Email from them offers a "today only" deal

NOW....how many of you still use them successfully and can vouch for the Gen3 version being reliable in function & reporting ? Doesn't seem like there are many recent posts validating that.

...how many of you still use them successfully and can vouch for the Gen3 version being reliable in function & reporting ?

Mine is currently reporting a humidity of 600-something percent, and it has started eating through batteries every few weeks (the first one lasted close to a year, I think). So, I'm not really happy with mine anymore, but the readings were always weird, so I'm not sure I ever was.

I tried lots of drivers and even tried some conversions myself (maybe 600 is 60%?), but the data still didn't really make sense. When it was under 100%, it did seem reasonable. Maybe it just got really wet inside, but for a sensor that is supposed to be outdoors I don't think I really put it through that hard of a time.

If I did this again, I'd probably get the AmbientWeather soil probe thingy, but I have an AmbientWeather station now, so it's an easier choice than it was for me before (I do have a Hubitat driver for this, though I'm not really sure I have a use for most data in Hubitat). But in the meantime, I'm pretty happy just keeping track of how much rain I got (easier with the weather station!) and doing my best estimating on my own. I don't really care about my lawn (I wasn't using it to control sprinklers)--it was more or less just a neat garden toy for me.