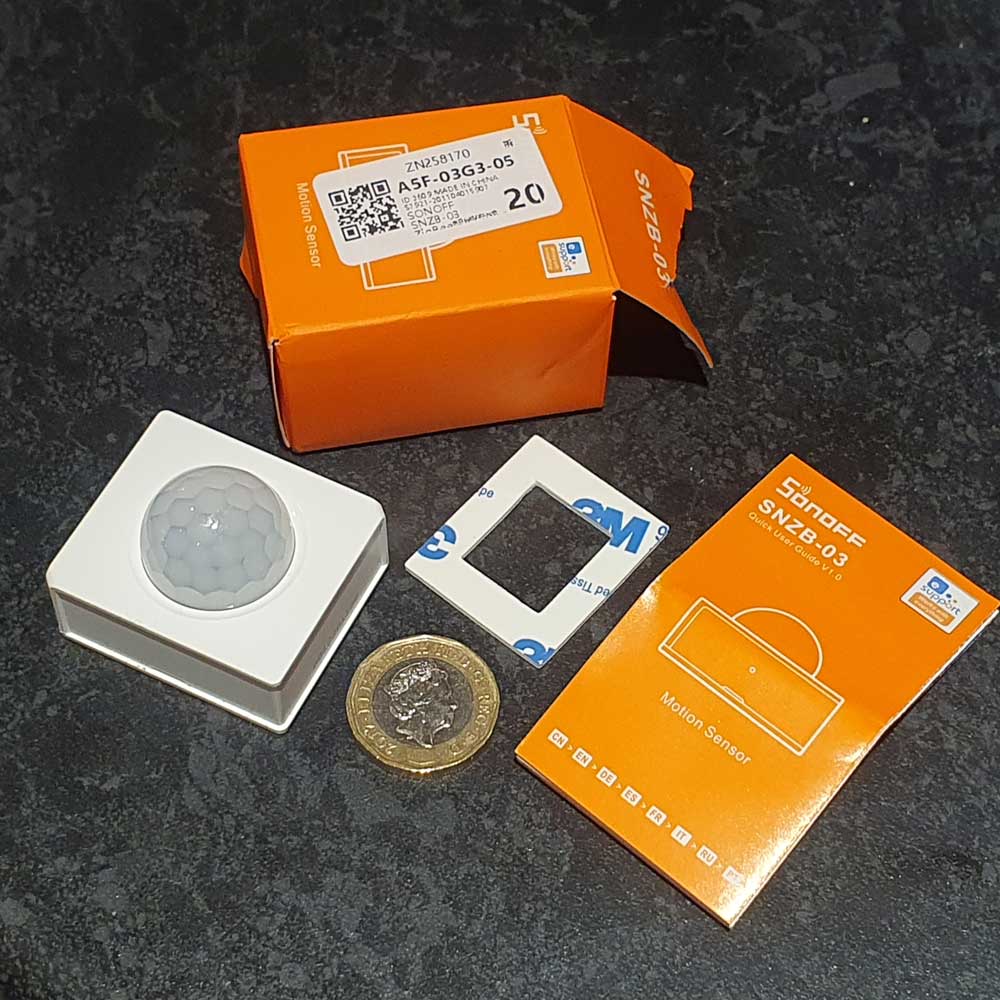 Which driver are you using?
I'm using markus's driver (Zigbee - Sonoff Motion Sensor) which has a restore functionality if it should fall off the grid. (Which mine hasn't).
I then use the presence facility in a rule to send me a notification if it does drop off the grid.

I must admit I like them too. Some people have been less than kind about the devices looks but I don't mind them.
They work well and that's all that matters for me.

I was using the (built in) Iris V1 Motion Sensor driver which seems to work and reports status change correctly. Do you have link to the driver you are using?

Do you have link to the driver you are using?

They're in Hubitat Package Manager.

The Iris v1 drivers were designed for the specific profile the Iris v1/AlertMe devices used. As far as I've heard, the Sonoff devices are Zigbee 3.0 or ZHA 1.2 (not really sure which and I don't seem them officially advertise it as either) but in any case shouldn't require the special drivers, though I don't know if there's actually any differences in the driver compared to a ZHA or Zigbee 3.0 sensor. There is a different pairing process for these, which definitely shouldn't be necessary--just regular Zigbee pairing.

I have a few of these using Markus' drivers as mentioned above. They work fine for me. Hubitat has also announced that dedicated drivers for these (technically just generic Zigbee motion sensors with no temperature) are coming in the next platform release, 2.2.4, if you wanted to wait for that (no ETA). They also made fun of the sensors' appearance on the last Hubitat Live episode, and they're certainly not going to win any design awards, but I don't hate them as much as others seem to, either.

Ah right thanks! Should I delete this topic as it seems this device has already been extensively covered?

I don't see why you should. This is more about how well it works for the price. I paid just under 8.00 shipped on ebay. I'm going to try to cover motion in my garage with them.

Trust me, after moving to Hubitat from a (very) unreliable Fibaro/Zwave home setup which cost me over £2000 in bits a few years ago I can't believe how cheap all these new zigbee devices are. I'm about 90% through converting everything to zigbee now and can honestly say it's the most reliable setup I've had so far.
Very happy chappy

I'm Zigbee for sensors and Z-Wave for switches, dimmers, fans etc. I have no mesh issues and the wife is getting more used to the system each day. I'm at a point where I have motion / light / temperature / humidity sensors in each room.

I must admit I like them too. Some people have been less than kind about the devices looks but I don't mind them.
They work well and that's all that matters for me.

Me too. I'm impressed by their small size and low cost. I'm hoping to be able to find a 3d printed bracket for them at some point, as getting the case off when its stuck to the wall might be entertaining otherwise!

I bought a few to try them out. They are 1/3rd the price of a Smartthings motion sensor, so thought why not. I could use some in the garage !

Anyone have concern with how hard it is to remove the cover for battery access. I'm afraid if I put them in hard to reach places, it will be a nightmare to change batteries. If you all have any tips / tricks, i'm all ears !

I'm glad I wasn't the only one finding the battery cover hard to remove. Ended up taking a knife to it to full force to prise it apart. This is possibly my only negative about the product.

This is possibly my only negative about the product.

Yeah. I agree with that.
I was thinking of maybe breaking off 2 of the cover fixing lugs (opposite each other not on the same side) and this should make the cover easier to remove.
Haven't bothered yet but may have a go.

Or maybe try to close up the fixing lugs.

I was afraid to stick it to the wall in fear of it leaving a hole in the drywall when I tried to open it. I decided to stick it to a blank wall plate along with a Xiaomi light sensor. Still going to be a pain.

Just to follow up to my previous post, hub firmware 2.2.4 was just released now, which includes drivers designed for the Sonoff Zigbee motion sensor ("Generic Zigbe Motion Sensor (no temp)"), though the ones by Markus are also nice since they verify the device's hourly or whatever checkins if you use activity/monitoring-type apps for devices.

Yeah, this is exactly why I'm watching thingiverse for a printable mount!

Issue with my Sonoff Motion Sensor. It shows as not present, and inactive. I cannot get it to detect motion in this state.
Any ideas?

Have you tried re-pairing it again?

I have not. Is this something that would have to be done frequently?
And when you say re-pair, do you mean remove the device and re-add?