Trying to help a friend. I think i know the answer, but since I don't use these devices, i wanted to be sure. Sonoff and Aquara devices say their hub is required. ID that true when using them with hubitat? or do they just pair directly and you can by pass their extra hub?

This really depends on the device: both make devices in a variety of protocols, though the ones you'll see people mention around here are Zigbee. Those will work on Hubitat without their hub/gateway, but keep in mind that only the Sonoff devices are officially supported on Hubitat. See those model numbers here: List of Compatible Devices - Hubitat Documentation. Many Xiaomi, including Aqara, devices can be made to work with a variety of custom drivers you can find on the forum (though at least some require you to be careful with how you build your mesh; see this thread for more: Xiaomi & Aqara Devices - Pairing & Keeping them connected).

Sonoff has a lot of Wi-Fi devices that will not work natively, though some may work via community drivers and may or may not also require custom firmware to be flashed to the device. Xiaomi has lots of products in the same boat, though I think all of the Aqara ones I've seen are Zigbee except the camera (which again has no integration). So just make sure you check your specific product first.

On a hub-related note, there is no integration for either of these manufacturers' "hubs" (bridges/gateways) into Hubitat, so the only way you can use them is by directly pairing them to Hubitat instead--or at least the only way without some workaround, like putting the Aqara devices into HomeKit and using some automation there to mirror things between it and Hubitat, which could theoretically work for many kinds of devices but probably isn't how you want to start off if you're buying new devices.

Aqara are hit and miss joined directly to HE as mentioned. Some stay paired better than others. All have issues directly paired at some point unless really close to the hub. That seems to help them stay stable, but add one incompatible repeater and all bets are off.

Add an Aqara device to their own hub or a ConBee2 on Home Assistant and they are solid. You can bring Aqara devices joined to HA back into Hubitat Elevation with this driver/app

Well, that depends on the structure of your Zigbee net.

In my case the multiple Aqara devices I have (more than 20) are fully reliable. Motion, door, temperature, buttons and switches.

I couldn’t be more satisfied.

That’s good. If you’re speaking from 3 years or more experience, then your experience is highly unusual. You are hearing advice from a couple of old salts on the subject. We’ve got the battle wounds that go along with it.

None of my Aqara devices has been substituted, and I wouldn’t doubt in doing so if needed.

I don’t pretend to be representative, just sharing my case if it is useful to anyone.

I use Sonoff and Aqara devices directly with Hubitat without big problems.

But: For a more stable Aqara connection (and generally a better Zigbee mesh) I strongly suggest using repeaters like the IKEA TRÅDFRI.

Well, that depends on the structure of your Zigbee net

AFAICT, it’s possible to have a good experience with xiaomi zigbee devices that aren’t fully compliant with the ZHA 1.2 or Zigbee 3.0 profiles, but only if one specifically plans one’s entire zigbee mesh around these devices, which will behave with a very limited subset of Zigbee repeating devices in use.

Personally I haven’t found it necessary or worth the effort to use xiaomi devices.

I've used a few of the sonoff sensors. They are inexpensive and certainly look it, but they do seem to work and the good thing about it is at the price they are basically disposable. I have not noticed the range issues others mention.

In my case the multiple Aqara devices I have (more than 20) are fully reliable.

The magic number for serious drop off issues to begin is between 50-60 aqara/mijia sleepy/end devices.

Edit: Wanted to add that this is coordinator independent. I’ve also observed this using a cc2652rb stick as a coordinator with zigbee2mqtt. The only advantage of the latter is that I get signal strength values for each of the ~15 routers in that network. When any router’s signal drops below a threshold, I restart the router. That’s sufficient to keep mijia/aqara devices online.

Further, Sonoff Zigbee devices do not do well far from the hub. I personally haven’t found a repeater that helps those particular devices

I'm using several Sonoff ZBMINI devices to control my outdoor lighting... one of which is in my detached backyard garage. I have 8 to 10 Iris/Centralite smart plugs (repeaters) scattered around my home, including one in the detached garage. I've had no issues with that device or the others.

I'm a relative novice and can't claim this is normal, but my experience has been positive using these mains-powered ZBMINI devices. I've read mixed reviews on Sonoff battery operated sensors but haven't bought any just yet. I'm planning to get a couple SNZB-04 contact sensors to experiment with.

I have a couple of Sonoff Zigbee devices (buttons, contact sensors, temperatur sensor). As of now after 6 month of use, I had no issues with them.

Another very satisfied Aqara customer. I am using the door, temperature, light and vibration sensors. I don't have any repeaters in my setup. The light sensor was a real pain to setup - practically had to be on top of the hub! Other than that they are all working perfectly.

I wish I could say the same thing. I just obtained a Aqara vibration sensor and a water leak sensor. They will work for an hour or so and then disconnect from the mesh. I never have an issue with any other Zigbee, Z-wave or Luton Connect devices. Right now it is close to a Centralite 4200-C Zigbee outlet which I presume is acting as a repeater. I have heard that the 3000 series Centralite outlets do not work with Aqara devices, but I do not know about the 4200-C.

I love my Aqara Cube!

It just sits on the coffee table. 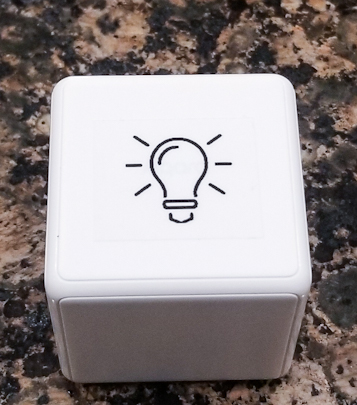 The tilt/vibration sensor must be within 20 feet of the hub and if it’s not, you must have a compatible repeater between. If any non-compatible repeaters are on the network, any bulbs (except Sengled) then all bets are off.

The leak sensors shouldn’t be a problem. Since they are, make sure the aforementioned is adhered to.

If any non-compatible repeaters are on the network, any bulbs (except Sengled) then all bets are off.

I was afraid that was the case. I guess I will just chalk up my Aqara experiment as a fail. Since my Centralite outlets are working well (including power reporting), I do not want to replace them. Other than the Aqara devices, my Zigbee Hue HL, Zigbee HA, Z-Wave and Lutron Clear Connect setups are fully reliable. It would be more expensive replacing my Centralite outlets than the Aqara sensors are worth.

Since the Smartthings multipurpose sensors have been discontinued, I have been looking for a reliable vibration sensor. I do have one Aeotec Z-Wave Multipurpose sensor that includes vibration, but at $60 each, they are too expensive if I only need the vibration sensor capability. The Hubitat devices pages lists the Vision shock sensors as compatible, but I have not been able to find them in stock.

That's shame @rwclements228 My vibration sensor sits inside my old battery operated doorbell and works fine. I guess it must be down to my fairly simple setup - 1 hub, 21 Zigbee devices and no repeaters. Also the vibration sensor is in the same room as the hub.