the user would need to be on your local network to find the hub and connect via the mobile app. the concern isn't with the hub, it would then be with your network and the security you have in place

So if someone stands outside my house can he find the hub and get in, or does he need an account?

Once they connect with the mobile app, can they operate the system remotely? I want my wife to have access when not on the local network.

If you're using Android devices you should look into this app - tremendous dashboard for Android, very configurable, and does local and remote access.

Thanks. Wife has Android. Do I need to have a fixed IP address? I think it’s been changing when I (probably unnecessarily) rebooted it.

Not to use the Android app, no, a fixed IP is not required.

So you're a fractured home, iOS and Android. Congrats on doing the hard work to make the marriage work in spite of the gulf between you two.

No kidding. I tried the pixel 3. Went back to iOS. There’s still some ridicule involved

Once they connect with the mobile app, can they operate the system remotely?

If you can a good idea is to "reserve" the internal ip addresses for your hubs.. You'd do this by changing the configuration on your ISP provided router.

Also if you don't mind tinkering a bit setting up a local VPN like WireGuard is a great way to securely access your network and devices remotely.

Yes! I use this as well - the speed is like you're sitting at home, amazing. If you have a router that supports it, and don't mind doing some tech tinkering, it's a great option. I'd say more for you to access your full network from home, for accessing a dashboard it's overkill.

It Begins..
We are an Android household much to the horror of my 13 yr old daughter. However this Christmas I ended up getting my wife an iPad due to there being a disconcerting lack of decent android/chrome tablets available that are not super expensive... 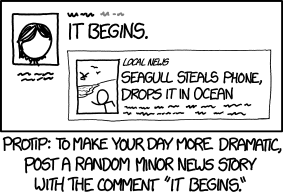 Not true at all. I bought a 10.1" Teclast tablet. It's actually a super tablet for 300 bucks off AliExpress (now buying more 8" devices from them as tablets to go on the wall in each room). The issue with Android tablets isn't so much the hardware nowadays, it's the crappy app support still. Compared with iPad it's sadly still a joke. But I'm a strictly no-Apple household lol, so we struggle on.

The last time I tried to purchase from AliExpress they wanted my US drivers license and some other crazy information that I am not willing to give them. Also I am a little wary of the security of off-market (to the US) brands these days - unless I can swap out the firmware. Prefer name brands for the family for the most part - I know I can get support and/or returns if necessary.

Yeah I had to think long and hard about jumping into Apple's expensive and "pretty" walled garden. My wife loves it of course so was probably the right move.

It also now gives me a chance to start doing more with Homebridge other than just Nest and Ring accessories. Want to start playing around with Homekit as well. A lot of my residential clients have iPhones and iPads so any experienced gained is a good thing. Note: to further complicate matters I also pre-ordered a HomePod Mini to use as the homekit "hub".

Yeah I had to think long and hard about jumping into Apple's expensive and "pretty" walled garden. My wife loves it of course so was probably the right move.

I had all Android devices (all Google) since the Nexus One. This year, two of my former students convinced me to switch to Apple devices. I found the transition to be painless. I find myself fiddling a lot less with my phone (as opposed to just using it). Somethings work a lot better (especially geofencing). All my computers (home & work) were already Macs - so as anticipated, their integration with my phone is much tighter.

I bought an Apple TV4 and use that as a HomeKit hub, and also run HomeBridge. While I use the Home app instead of the Hubitat app, I don’t use it for automations. That being said, it is simple to create fairly powerful automations using it.

Maybe your 13 year-old daughter is onto something!

I think we may need to clarify "operate the system remotely." Dashboards are available remotely (if so configured) but the HE console is not, at least not out of the box. But since that's all your average operator needs, it works great.

(Written on my iMac, viewed from my MacBook Pro, tested from my iPad, and confirmed on my iPhone.)

Oh you have no idea the depths of her hatred for me right now..

I've been using Google's "Family Links" to control her screen time / phone and app use. Turns out when a child turns 13 all restrictions are lifted. Mysteriously her age got reset to 10 years old just before her birthday... don't know how that happened.. Ah well, maybe we can sort this out when she goes to highschool next year.

Ah well, maybe we can sort this out when she goes to highschool next year.

...after graduation from college might be an even better idea...

Note: to further complicate matters I also pre-ordered a HomePod Mini to use as the homekit "hub".

Seems like you are already a lost cause. We will weep for you ok.