Simple Automation Rules 1.1 not "cancelling" actions (expected or not?)

When helping a friend move to a new hub and re-create all apps (manually, not with a backup--consolidating from two hubs to one!), I discovered that this Simple Automation Rules 1.1 setup had an unexpected outcome to me: 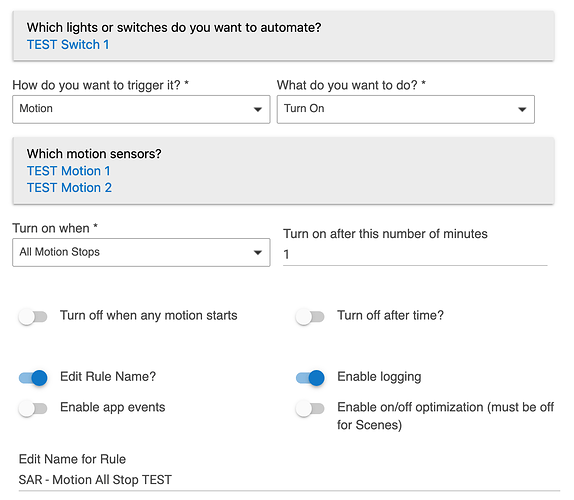 I suppose that either interpretation of this is technically possible since the UI isn't clear whether "all motion stops" means "all motion stops and stays inactive," but it seems like this would be the most intuitive outcome (think of someone trying to use this to turn off a switch based on motion inactivity) or at least be an option.

And yes, I know that I could do this with Rule Machine or probably even Basic Rules nowadays, but this wasn't my hub or my automation.

(The above is since I created it to try to identify their problem--they were hoping to turn on an "away mode" switch to change modes when all motion inside the house remained inactive for a long enough time. To their surprise, it happened frequently when at home!) 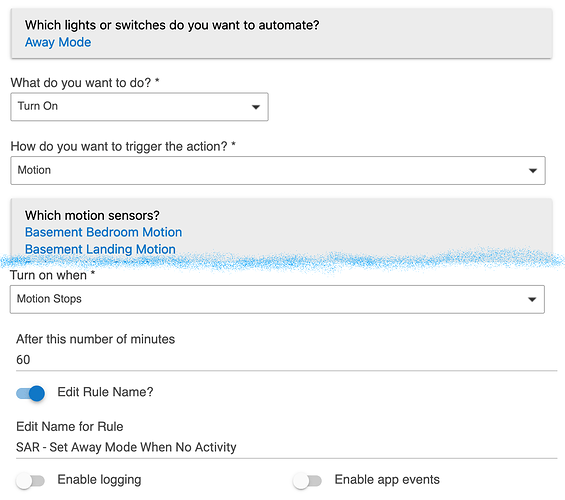 Tagging @bravenel to see if this is expected or not.