Show Off Your Dashboards!

Oh! I didn't know it was that easy. Thank you!

Did you use CSS?

The stock thermostat tile did not cut it for me: Too much text, awkard layout and in my case, showing irrelevant controls. Since I have baseboard heathers, all I need was ON/OFF switch, setpoint ajustement and current temperature. So the tile(s) I modified show these plus the 3 possibles states: Heating, idle or off.

I modified show these plus the 3 possibles states: Heating, idle or off.

I don't know much about CSS. I just copy bits I found on this thread and made a mess of it:

The Noob's (in)complete guide to CSS for Hubitat Mobile Apps

Now that I've got my Virtual Omni Sensor tile showing a text variable working properly, onto the next question. The tile displays a text list of open contact sensors. If they're all closed the text will simply say "All closed". I'd like to be able to change the tile colour in response to any open sensors and back to normal otherwise. This should be possible (markus looks he did it in post 67) using RM but for the life of me can't figure this out. EDIT: The bodge I just came out with involves …

I piled 5 tiles with different templates (2 attributes, 1 thermostat, 1 outlet and 1 switch) to acheive what I wanted. I'm sure someone with real knowlege about CSS could do it way more neatly then that. I also had to customize the driver for the thermostats. I can share the CSS but I doubt it would be of much help and it certainely won't acheive that result by itself.

That is BEAUTIFUL! I love it!

I would like my wall dashboards to show a theme more in tune with the room it's sit in. Like this (same layout but different theme): 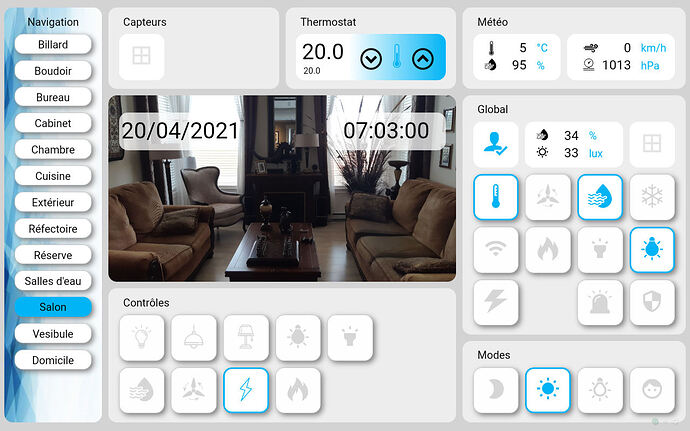 But before adding an entire new set of dasboards, I would like to know if unused dashboards take up resources. It may be a silly question but I'm asking because the dashboard app is by far the number one usage app stat on my hub (58%).

I believe so, more seasoned members of the Community can chime in, but I believe that is the case, removing dashboards and/or devices from dashboards can help in reducing the overhead of keeping tabs on their status.

I would like to know if unused dashboards take up resources.

Interesting question. I have 27 dashboards on my "Apps Hub" C-5 (mostly test, or temporary dashes that need to be deleted after helping folks). I don't notice any slow downs and it runs circles around my "ZigBee Hub" C-4, which is getting slower by the update it seems.

I think they only use resources when open. Like if you leave the dashboard open on a tablet or something since it needs to update the tiles as devices activate.

It seems you are right. I did some test: I reset my app stat and watch for 2 days. Only the open dashboards showed activities. The unused one stayed at 0. Still the general dashboard app is my number one used. (48% of total used app but only 0.1% of total time)

I guess it's not that bad.

Just something to be mindful of. I try to limit the number of devices on any one dashboard to reduce the impact if I leave one of them open.

Have been tweaking the setup of the dashboard displayed on my tablet mounted on the side of my fridge. I recently setup Tasker and AutoRemote to allow me to have the dashboard displayed when I walk up to the the tablet (Motion Sensor and Tasker to Turn on Tablet (No Internet Required)), I have now added an extra step to my rule to refresh my live Solar usage stats to provide up-to-date details, using @funzie 's Solar Edge Driver. I still need to work on some of the aesthetics, UI's are not my strong point.... (Solar stats are at the bottom right of the screenshot).

I know this is an old post, but I wanted to thank you for turning me on to HA & Lovelace. A few weeks ago I got it spun up and tied in to Hubitat, but this past weekend I was really able to dig in.

I've landed on the concept of having all my integrations/automation logic in Hubitat, and all of the UI/dashboard/front-end'y type stuff in Lovelace. I'm still tweaking things as I learn what you can & can't do with Lovelace cards & layouts, but functionally I'm 100% and I really dig it.

Not sure if this applies to you or not, but:

I was chasing "high dashboard CPU% usage" recently, as well. The way I solved it was to only expose the necessary devices to each dashboard. Previous to this, I would always just tick "all devices" so I had freedom to pick any device later and because I was too lazy to scroll through a big list of devices and only pick the ones I needed.

It appears the negative to the "all devices" approach was that the dashboard backend then had to sift through all device activity on the system and discard the stuff that doesn't matter; makes sense that on larger systems that this would be computationally expensive, relatively speaking.

Curious if you might have a lot of devices that aren't necessary for the dashboard you could peel off? I suspect that would have a positive impact as it did for me, if so.

You're welcome! Lovelace definitely has some awesome options.

I have a couple of "magic mirror" in my house. I made a little dashboard which I linked to them in order to give me some reminder about unread text message or voicemail or movement alert. It is not really a dashboard per say since it is not interactive but it show me a big colored dot in the mirror when such an event happen. 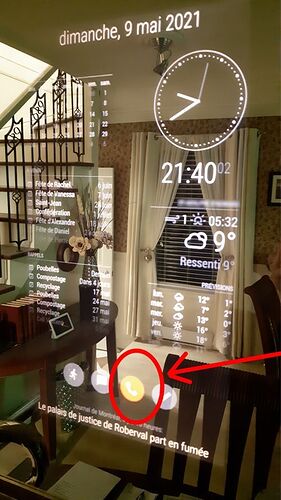 Researched DAKboard and magic mirror this morning. I'm looking to do the same. Yours looks great!