C5 unit with version 2.2.3.119 running
No problems with it, zigbee or zwave network

Added the shelly 1 into HE: built-in driver (Shelly WiFi Switch) with Generic Component Switch Child
Added a switch icon into dashboard, connected to the Shelly 1

When the switch is OFF, a press on the dashboard switch icon toggle the Shelly1 but the message is always as "sending". Any refresh of the dashboard doesn't change anything.

But the Shelly1 is still operational: I can toggle the unit through the native interface, AND, sometimes, from the dashboard (even still sending).

When switched ONLY from the Dashboard, I can't toggle it again. Still sending.

In case I'm not clear with my explanation:

Status OFF
(Dashboard) ON => ON
(Dasboard) OFF => nothing

On the Shelly1 device info, whatever result
Current state:

When I go to the child device, I can use both buttons (ON/OFF) but the status remains always as ON

For unknown reasons (???), the debug log disabled itself (???), when re-enabled, there is no info when the button is pushed ON or OFF

Any idea on this ?
Thank you 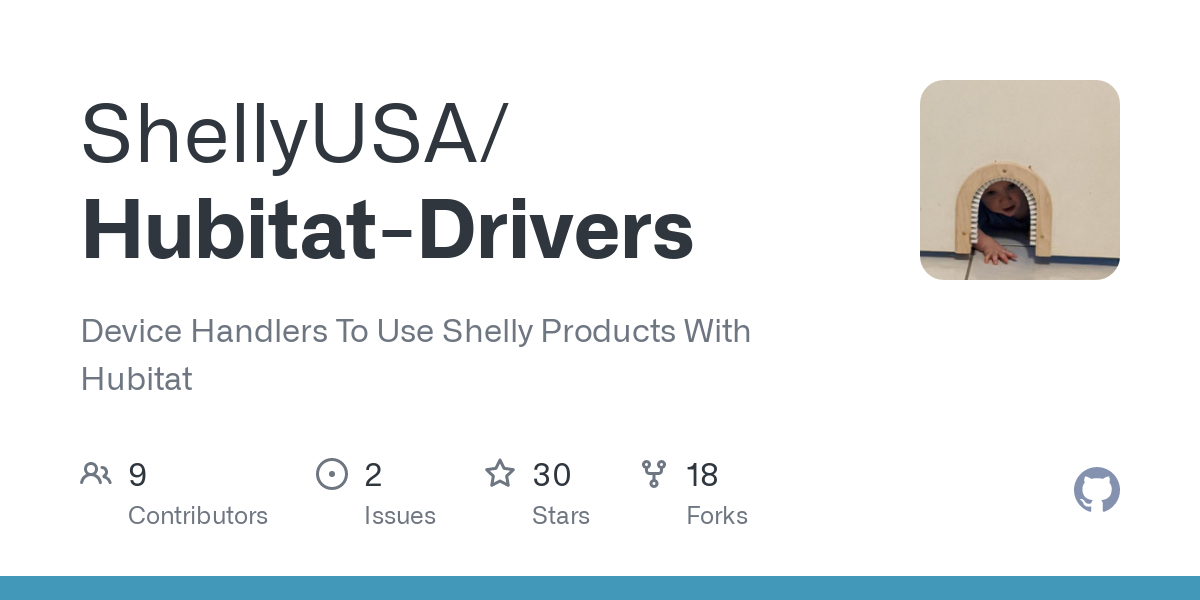 Device Handlers To Use Shelly Products With Hubitat

Works as expected, without problems. Will review it but seems ok 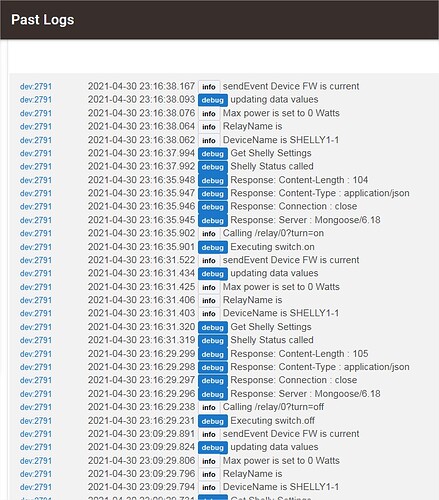 I found Shelly's to be the answer to Z-Wave replacement. Natively the device works great with so many options. I would love for them to develop a Ceiling Fan interface..... One or two tidbits is the devices don't support 12 gauge - which sometimes you can have in-house wiring and the complexity of so many inputs and output could confuse the novices. (I know it 20Amp stuff) The rule of thumb I always run with is if I die will my wife be able to use the switches still if wireless sputters out. The answer is yes, these devices will continue to operate in the wall without WiFi provisioning. Z-Wave had it's day but reliable connectivity is game #1 and Z-wave mesh devices are too much trouble than it is worth. It's official Z-Wave and me are divorced. Shelly baby!

Tips: Get yourself a router that can vlan and subnet your Shelly's on a separate IoT WLAN. Also use dhcp static scopes for each device to keep them in place based on mac address, if your really good firewall off the your home subnet and Shelly IoT stuff. I use a Juniper SRX 240 POE. Dirt cheap these days.