I've been playing with exporting and importing rules between hubs, and come across an issue that the imported rule only has a subset of exported location modes selected, (11 of the 13). I wondered if there were any limits on total number allowed, or protected names? 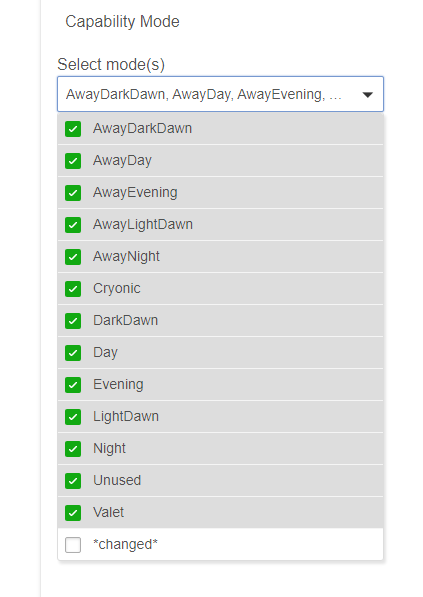 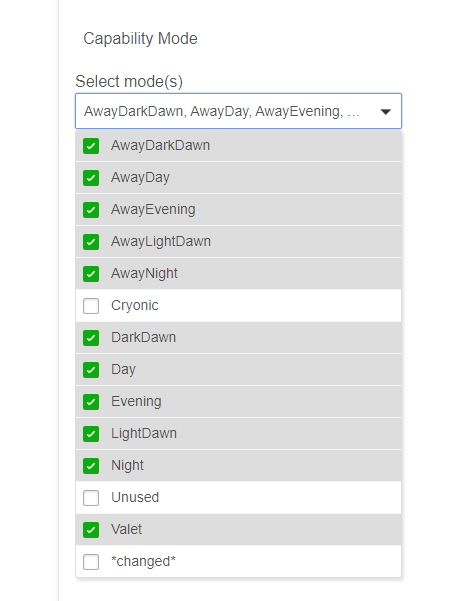 (No, I'm not actually using 13 modes in the rule - Cryonic is a long standing mode, and is the only one that wasn't importing correctly, unused I added this evening, and that is not importing either)

Modes on both hubs are identical ( to the eye).

Modes on both hubs are identical ( to the eye).

We are not mapping Modes between hubs for Export/Import/Clone, so this will probably fail. In order for it not to fail, the modes on hub 2 would have to have been created in the exact same order as on the first hub (including any deletions made on the first hub). The reason for this is that under the covers, modes have a hidden id number, and it is this number that apps rely on for the most part. By having an id number, a mode can be renamed without blowing everything out of the water. But, then for apps to work on another hub, those numbers would have to match up.

By creating a trigger in an RM rule for Mode, and selecting all modes in the order presented, you would get this in Settings on the App Status page:

That came from this: 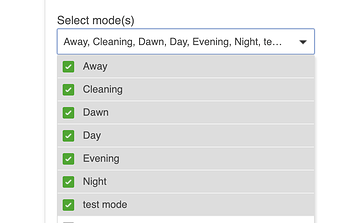 I think bottom line is that you would need to rebuild those actions and conditions on the second hub.

Thanks Bruce, this really helps (I thought I was missing something obvious).

Looks like I'd added and removed a mode before 'Cryonic' on the first hub waaaaay back sometime.

So, I can now enter the correct order and number of modes ( including 'spacer') to start with on the soft reset 2nd hub. And it works