the release notes say that fade dimmer allows a variable to be set for time, but I’m not seeing that as an option. am I missing something? I’m using .119 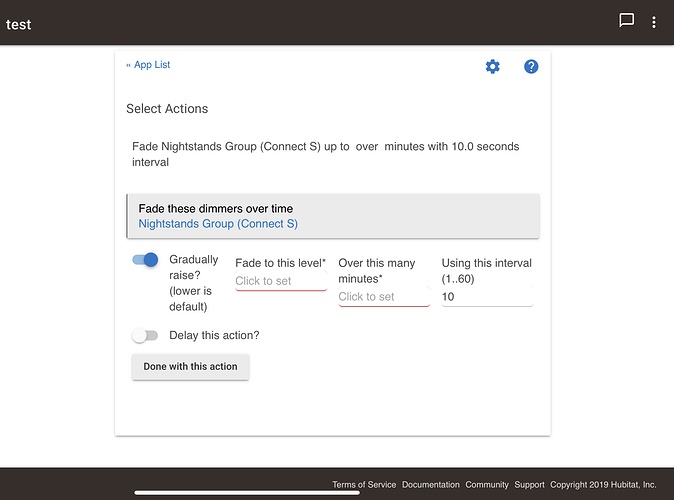 I'm trying to insert an Hour:Minute timestamp into a global variable so that I can display it on a dashboard tile.

Basically, I want to be able to accomplish "When mailbox is open, set mailbox status variable to 'Mail delivered at 13:45.'"

In other words %Mailbox-Status%= "Mail delivered at %Timestamp%."

Steps 1 and 2 of the rule work as expected. I can't seem to get #3 to work. I've tried a couple different iterations of changing variable types, but no results.

RULE 2) The rule that detects motion and sets the %Mailbox-Status% (string) variable works fine (without any time information as I haven't gotten that working quite yet.)

Eventually I would combine these into one rule, but I have them separate for now.

I guess to sum up, I want to take two local variables, insert them into a global variable, and separate them with a colon. Is this possible?

Unless I'm missing something couldn't you just use the pre-defined variable %time% ? Is that not available in RM 3? I have only used RM 4.

Welp. Yeah, that made things a whole hell of a lot simpler. Thanks, @JNS!

Is there a list somewhere of all the pre-defined variables? I didn't realize that was a thing.

If you are running RM 4 you probably should have posted this under a RM 4 thread.

When setting a String value, %device%, %value%, %time%, and %date% are available for most recent event for that rule, and a Global Variable value can be included with the name of the variable inside braces, e.g. {variableName}. For Boolean, you can set it to true or false.

You need to use Variable Math: 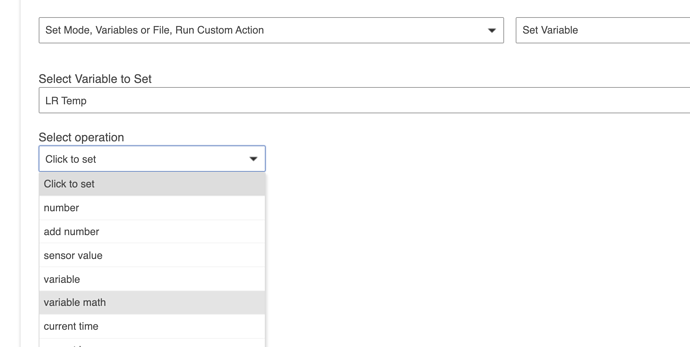 Thanks didnt realise i would have to declare it as another variable. Was trying to do the math in the setheatpoint command

The only way to do math is with variables.

Can you please elaborate? There doesn't appear to be a section in Documentation that explains Variable Math and "% remainder" doesn't make sense to me.

My assumption is that 'variable % constant' = 'variable * 0.constant'

% is the mod (modulus) operator