Not sure how to get the uptime in the hub, but I'm still using 0.86 driver and no slowness yet. Just informing it, I'm not dead yet

I had different logic in a prior version—took it out during simplifying to locate slowdown. I’ll take care of that in a future release.

Not sure how to get the uptime in the hub

I just mark a note in my calendar. I’m glad yours is running smoothly!!

Interesting. I’ll look into it. Thanks!

Today I noticed the slowness in the hub, fortunately my wife was sleeping

Thanks for the heads up. Did you device go offline, or did your router update DHCP info/self-heal/reboot around that time? I’m trying to diagnose this and find patterns.

I’ll release the version with telnet/socket option in the next few days.

Yes, the 2 devices went offline because I moved the fridge and the power supplies were destroyed so today the new power supply came in, they been like 2 days offline.

I did not have complaints from my wife when the power supplies were destroyed because was her fault I had to move the fridge, I had a sensor on top of it and she pushed it and fall behind the fridge.... 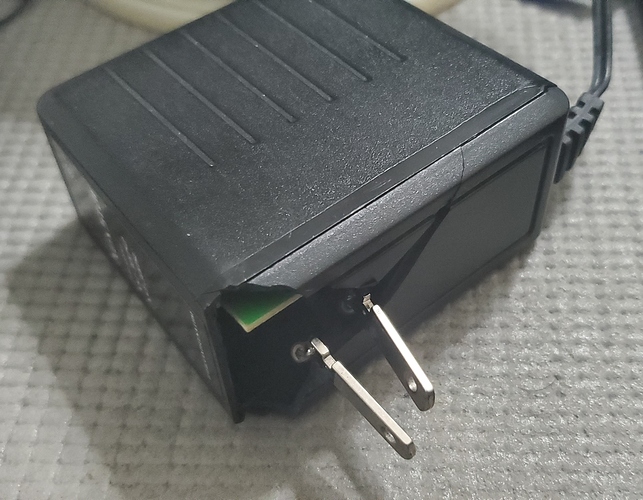 Thank you!! This is incredibly helpful data.

I've been using your driver for a few weeks. The previous version did slow down my hub. .86 is running pretty damn good. I've not "felt" any slow downs, I'm not running any tests or anything but I'm no longer noticing my actions lagging.

Thank you for the excellent work, after spending $100 on Hue and Lightify bulbs it has been immensly gratifying to take $30 and light 15 feet of cabinetry. Keep up the great work, sorry about the "but".

I’m glad you’re not experiencing any slowdown!
I’ll see to fixing that

Here is my bedroom button pushed there are no magic home devices connected to it.

Hey Adam, where you been lately?

Can I use this driver in ST? One of my friends wants led strips and I told him I knew some but not sure how to integrate them in ST.

where you been lately?

Developing (quietly), and a bit busier with work.

Not dead, I promise. Even though my lights sometimes don't work...

Can I use this driver in ST?

Not this one. I have another one that I'll send you tonight though. Your friend will need a raspberry pi, too.

Thanks! Let me know what you find

I don't think the crashes were WebSockets client specific. I've had two WS clients running since my last message in this thread and everything seems to be okay with them.

However, I believe I might have an idea of one of the reasons I have periodic crashes. I related a story here:

@chuck.schwer I feel bad when I tag you guys but this one might mitigate a hub crash so I figured why not. Every night at around 2:00 AM I notice a huge slowdown that lasts around 10 minutes. Up to this point I have assumed that it was related to the backup. Perhaps it is not though because my backup files are time-stamped an hour later typically (maybe the timestamp is incorrect). Maybe it's when log files are cleaned or zipped or something. I don't know. ANYWAY... Today I noticed someth…

I didn't explicitly say why my hub crashed last night but didn't crash every other night. If my last feature request I mention that some log messages take a long time. I was debugging an interface to another vendor's hub using the WS client. Some of the responses from the WS client were pages of JSON and I was logging them in trace.

I have a feeling that either large log message or large amounts of small log messages may be the culprit in at least some of my crashes. Sort of a negative feedback loop too when it starts to slow down. For the most part I am probably more careful than 99% of HE users with my log messages. Sometimes when I'm developing a new driver I have to turn on trace level debugging though and that might be when disaster strikes. I'm going to watch it more closely now.

So, long story short... you can probably feel okay about the WS client.

you can probably feel okay about the WS client.

We’re still looking into it. I’m using an alternative version with Telnet currently (releasing Friday if it keeps working) that doesn’t slow down. I’m using a new protocol of Socket for Hubitat here, so there may be some issues with that.

I’ll also take the logging into account. I’m out traveling this week, so I know I’d better make sure I don’t push any bad code and force the hub down while I’m gone

I’m using a new protocol of Socket for Hubitat here, so there may be some issues with that.

Thanks for the warning

@adamkempenich Adam, I have an RGB light that I'm not able to restore a previous state after capturing. I thought I remembered that you had said this was not possible, so I wasn't surprised it didn't work. But searching this thread doesn't yield any results when I look for that. Is it possible? Thanks!

Should be possible. I haven’t experienced that bug on my devices, but I’m also not trying it with an RGB controller.

I’ll take a look into it

Baby steps here... I know things have been pretty quiet with this driver.

While updating this has taken a while, it looks like we've finally caught the bug that was slowing down hubs with this driver. I've been updating the drivers, cleaning them up to match other platform drivers, and testing them.

There is a new option to choose between telnet or socket. You should use TELNET until Hub update 2.1 is officially released.

Unfortunately, Telnet won't let you refresh data from your device. Socket does, but that's where the bug was hiding.

I'll keep updating this list as time goes on, but the following devices are now on 0.87:

All devices have been updated to 0.87
--> Edit your device settings to use telnet <--
--> Optionally, reboot your hub to ensure all old connections were closed.