Oh no! I'd be complicit in a murder

Haven't heard from vjv in 17 hours. Might need a wellness check. Tomorrow's headline's may read: Man killed for letting the WAF drop too low.

Oh no! I'd be complicit in a murder

It’s fixed. All you should have to do is go into your device driver in Hubitat and click import > import > okay (wait for it to import) > save.

This is actually a new feature in all of my drivers that I implemented thanks to a tip from Chuck. Updates will be a breeze from now on. 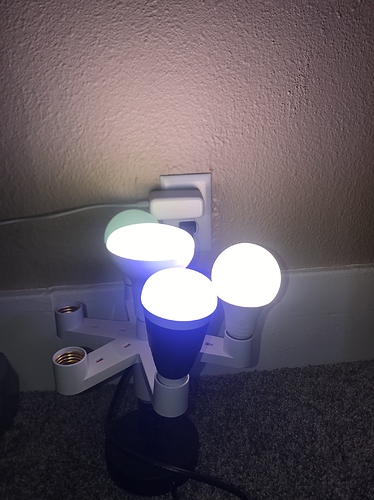 And in case anyone is wondering, I’ve updated my testing rig since I last posted the mess I had on our dining room table

Edit: And 76 hours of uptime with no slowdown! Clocking exactly the same load speeds for the last 3 days in both my web inspector and in debug tests.

And 76 hours of uptime with no slowdown! Clocking exactly the same load speeds for the last 3 days in both my web inspector and in debug tests.

I'm noticing no lag, you are in the correct pathway.

Leaving code out for off , sounds like something I would do . Lol

(I seriously hope that’s not something a company ever stoops to...)

Experienced my first slowdown after this driver update overnight. I might have an idea of what happened, fix impending...

Not sure what you did, if you are using a different version but 0.86 still working good here. I will keep it until I see a slowdown if I see it.

There is something in either the socket implementation, or my scheduling implementation, that will create a recursive issue that I’m solving.
I’m glad you’re not seeing any issue with it! Let me know if that changes

Experienced my first slowdown after this driver update

Adam- what are the characteristics of the slowdown you've seen with this driver? (I have 0.86 and some rules for other devices are responding wonky. Might they be related? )

I have some wonky rules too, but 0.86 is not installed in this hub. I have a multi hub setup.

I had to delete and re create a motion lighting app rule to make it work.

One rule with humidity turned off the extractor when the motion rule was activated on the same sensor, an Iris v3.

The only characteristic is that everything slows down a significant amount. Events still fire, albeit delayed a lot. I can usually still access the backend, but it takes a lot longer. Aside from that, schedules, etc, still work.

Rebooting always cures it. I’ve got benchmarks of page loads in the backend that I use to determine how much load is on the hub.

Edit: I’ll throw in that I’ve got 40-80 rules on my home hub. Some advanced, some not. The only issue I’ve found was a recursion but when it versions before 0.86 came in touch with the switch bindings app. What issues are you facing? Perhaps we can trade notes and help each other out

0.87 has a reworked scheduler and some improvements to the actual device interface (lets you choose between telnet and socket). I’ll probably sit on it for a few days to do some further debugging.

All the github links in OP go to 404.
Anyone know how the preset numbers work? i put in numbers, as without the number entry only some of the presets work, but the numbers disappear after saving . The number entry appears to affect the speeed, entering 99 sets speed to "1" which appears to be the fastest speed.
This is the Magic Home Wifi Controller RGB 0.86 driver with the controller pictured above by @veeceeoh 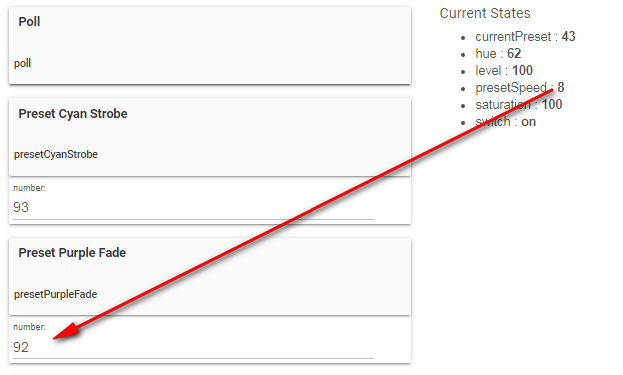 That’s a nice feature, that importing.
Nice one @chuck.schwer & @adamkempenich

I got a 3rd module yesterday, I will configure it today in HE. Do you know if the slowness is related to a specific driver/module? I'm still good with no slowness with 0.86 and 2 rgbw controllers(12-24v with ir), the 3rd controller it's the same model.

That’s odd... I just tested a few them logged out and was able to load them. I’ll check into that more later. Here’s a link to their parent directory if they continue to not work.

Thanks for catching that bug in presets. It should be storing 0-100 for speed (or 99). I actually just changed how they were handled in the last version, and will get that fixed in 0.87.

That’s a nice feature, that importing.

Do you know if the slowness is related to a specific driver/module?

No specifics. I think it’s moreso just a general error I have in the scheduling or socket routines. If you haven’t seen any slowness yet, I’d imagine you’ll be ok with one more.

If you press initialize in the device, does it begin to work again?

I'm testing my "wonkiness" and am suspecting it might be the unfortunate coincidence of a couple of unrelated devices going low-battery at the same time. Possibly/probably not 0.86. Willl advise.