Peanut as a trigger?

Greetings. I have an A/V receiver we use for games and movies. I have concerns about the heat build-up and have installed cooling fans behind the cabinet to address this. This works great however I'd like to automate them turning on whenever the A/V receiver is on. I'm thinking a power monitor plug for the receiver so that when the unit is turned "on" the change triggers the fan plug to turn on. I also like as many things to coordinate with Hubitat as possible. Zigbee preferred, followed by Z-wave and finally Wifi as order of preferred connection.
I see the Securifi Peanut which looks promising. What are your thoughts, recommendations, or experience. Thank you. 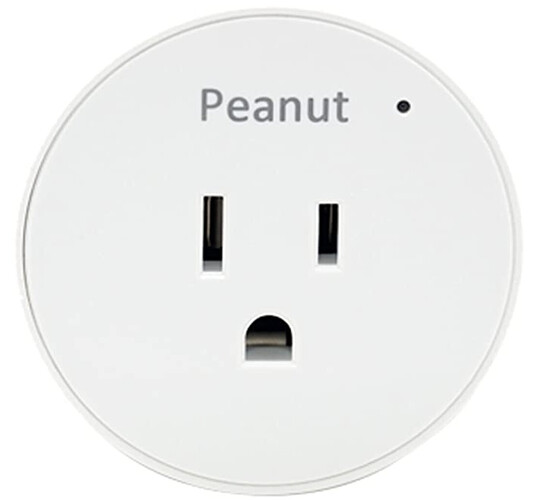 Others have had issues with the Peanut (mainly in terms of repeating and zigbee stability).

I don't have any recommendations though, as I don't use power reporting for anything. I trigger my TV automations on status of receiver or TV via telnet or http integrations in Node-RED.

There may be other Hubitat specific integrations, though, that you could use.

You could stick an inexpensive sensor that captures temperature in there with your AV receiver and use temperature as the trigger. So if temperature rises above X, turn on the fans via the peanut (or whatever smart plug you want to use)

Thank you both.
Jason, how or what device do you use for the TV automations, or receiver status change? How is the change relayed to trigger other events?
jasazick, That is a great suggestion. It would also limit the fans operation to when it's hot enough to need the extra cooling rather than every time the receiver is on.
I would still like to know other thoughts on using power consumption change to trigger routines.

I do pretty much all "LAN" integrations (aka not zigbee or zwave) in Node-RED as it is better suited for that type of integration, and takes potential load/issues off of the Hubitat hub. A simple HTTP node to make the call and get the data back, and a few more nodes to parse the data - not too complex. From there I either do logic in Node-RED or make a virtual device in Hubitat and write the value/status down to that for Hubitat rule usage.

But Node-RED has to be ran on an always on computer (raspberry pi, windows, VM, other linux, etc) of some kind, so it isn't an attractive solution for all people.

Example - this gets the status from a Yamaha receiver in my media room every 15s, and writes the on/off status back to a Hubitat virtual device:

For this specific use case a zigbee or zwave motion/contact/other sensor that also reports temperature (as mentioned above) is probably a much simpler solution.

If you evolve to needing more things - like turning on LED light strip for bias lighting when TV on, etc, then it may still be worth getting on/off status.

Similar approach for a Sony TV (but with some added logic to force it to off if communication is lost):

Same here. I poll my Roku TVs every 3s. Doesn't seem to affect anything at all ....

Now, to be clear - none of that HAS TO be done in node-red. There are Hubitat native (user made) integrations for most of those items.

I just prefer to keep http/telnet based integrations off my hub.

Excellent! Thank you. One of the first aspects of Hubitat that drew my attention was the local, operation. Not having to depend on "the cloud" was attractive. You are correct that this may not be suited for everyone, me for example. I don't have a computer to dedicate in such a manner. However, this is awesome and I appreciate you taking the time and trouble to lay it out for me. Thank you and this may help someone else.

If you search around here you'll find posts about Peanuts causing problems...YMMV situation, but could cause issues. (Disclaimer: I have one Peanut left on my network and doesn't appear to cause any issues.)

However, I'd recommend a different plug:

It's an excellent Zigbee repeater that plays well w/others, does energy reporting, handles up to 12A. You can usually find them on eBay.

For taking down the zigbee radio; Yes.
For power monitoring: No (it has to have a firmware update via an Almond router to enable this).

sensor that captures temperature in there

This is probably the most reliable way to go if you’re worried about heat. Then you will know it’s working from the temperature read out. I use SmartThings buttons for temperature around the house, but they’re not currently available unless Ebay has them.

You have to be careful with this. Power reporting can add a lot of traffic to the mesh and possibly result in slowdowns or even crashing the hub if you overdue it. I only use it for my laundry notifications and it works well, but I’ve seen my network get flooded with some outlets sending multiple reports per second.

I poll my Roku TVs every 3s

I have been using Homebridge for lan integrations and have those automations in the Home app. I wonder how often it polls because the automations occur instantly.

I just use a GoControl appliance plug for both my living and rec room. I poll it every 3 minutes and use the power stats to turn on subs, lights, heater etc.
As I have all Yanaha receivers I might look into simplifing things if there is a method for LAN queries and WebCore.

a method for LAN queries and WebCore.

You could also use something like this app to report if a device is on if it's connected to your network.

https://github.com/joelwetzel/Hubitat-HTTP-Presence-Sensor HTTP Presence Sensor for Hubitat A virtual presence sensor for Hubitat that determines its state by trying to access an HTTP endpoint. If it gets good responses, it reports present. If it gets a few bad responses in a row, it reports not present. Use Cases Pinging a device (that has an HTTP endpoint) to see if it is on the house's wifi network. If that device is present, then it means someone is home. When running HomeBridge on a R…

I see the Securifi Peanut which looks promising.

Many/most of the Peanut are power reporting capable, but do not come that way. You have to flash them to get power reporting, and you need a specific hub to do that.

That, and they often trash the mesh are reasons to not use these.

Thank you all. From this conversation, and pretty much every other conversation I find in this community concerning the "Peanut", it sounds as they are problematic for many. I will go another route. Thank you for saving me from this pitfall and offering several other options. That is why this is such a good group. Thank you for the information and your patience.

[Heh, heh, heh...great work, team, we fooled another one! Since we all Shorted our Peanut stock we've made millions!!! Shhh...don't tell @robertsonslodge]