I tried the aqara cubes next to the nightstand, the results haven't been ideally received. Drowsily figuring out what option to use, just doesn't work well for us. Also, it responds a bit slow.

If I wanted to use an easy to use bedside remote, for personal lamp, all bedroom lights, all house lights, in an easy to use way, any suggestions out there?

We use a pico on a pedastal on each night stand. Middle button shuts down whole house... We have the others control their respective lamps... 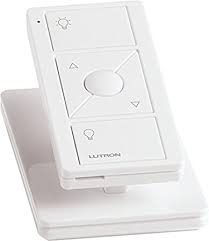 There's nothing like a Pico for an amazing experience.

The first one is pricy because it requires the Lutron SmartBrige PRO, but every Pico after that is just $15 or so.

I have one "glued" to the middle of each headboard (vs one per nightstand.) It has a variety of use options... with up to 10 buttons (quick press + long press)

I love Pico Remotes, but if you only need one and don't consider the price (and reliability) worth it, the Zooz ZEN34 remote looks promising. It looks about like a regular paddle switch, so it would be great for controlling a light, and it supports mulit-taps (Z-Wave Central Scenes), so you can those to perform other actions, too (similar "real" Z-Wave switches that support this: HomeSeer, Inovelli, Zooz, etc.)--if you can remember what they are.

I have a few and haven't had any problems so far, but they're also pretty new so I can't speak to long-term reliability. They are 700-series Z-Wave, which is neat--at least the 700 part.

If you are averse to Z-Wave or don't have an existing mesh, you might want to think twice about adding battery devices first.

We use the Aquara button here, the model with the accelerometer. Click to toggle the bedroom lights, hold to vary brightness (I have a rule in place that varies light level by illuminance and in night mode turns on an LED strip to light up the toilet walk, over ridden by a long press if the main lights are required), double click to toggle house lights if required (checking pets and so on) and pick up and shake it to turn off the electric blanket her side of she's warm enough (this also controls the bedroom fan above a certain temperature range). This could easily be co-opted your other functions.

My wife is about as non-technical as you could get outside of her vocation and this is by far her favourite automation in the house, it took a bit of work to write the rule behind it but the user facing button is incredibly simple and just works.

I used to use an Aeon Minimote when on SmartThings. I converted to HE in March 2018 and it didn't work very well so I looked for alternatives and took the Lutron plunge. I haven't looked back as I enjoy Picos very much. I have them on most tables and the plus is that they can be mounted to walls just like any switch. I was able to put these in places where I really needed a switch but I could never physically run wires because of headers and other things in the way. Well worth the investment IMO.

I'm using both Picos and the Aeotec motes. Prefer the Picos... cheaper once you've made the Lutron decision and as others have said, they just work.

There's nothing like a Pico for an amazing experience.

The first one is pricy because it requires the Lutron SmartBrige PRO, but every Pico after that is just $15 or so.

Completelly agree.
And then you have battery life, reliability, availability (you can buy it all over), custom engraving (if you are willing to pay for it) and the list goes on.

I also think that nothing beats them when it comes to design. For wathever reason some of these brands go nuts on their buttons designs.

I have them on every bedside, couch, kitchen and even garage.
This is my daugthers bedside. Separate picos for light and fan. 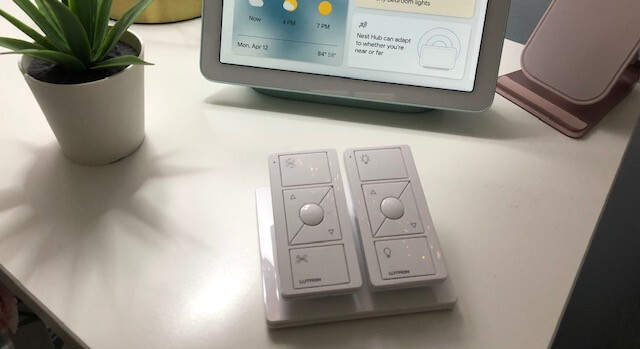 I have a few of these Sonoff buttons. Not as many options as the Picos ( just single tap, double tap, and hold on a single button.), but they are very cheap (especially if you don't have the Lutron Pro to use the picos) and have worked reliably for me.

This could be another option on Amazon.
2 years battery life is nice but I don't even know if they work with Hubitat: 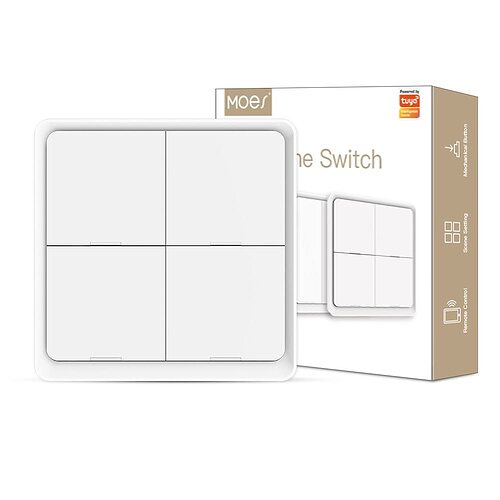 We use the Aquara button here

Is this Zigbee 3 button?
If yes, what driver are you using?

I can link it to the hub but can't get any response,

We have Hue light bulbs in the lamps on the night tables, so we do have a Hue dimmer that my wife uses to turn them off at night. However, we also have an Amazon Echo device that can turn off the lights or any light in the house that we may have forgotten to turn off. I find voice control to be far more useful than a remote that only works for specific lights. The Amazon Echo skill works well with Hubitat.

Echo devices are also great at bedside as they can play soothing music or sleep sounds to help your go to sleep. They can wake you in the morning with an alarm, music, or the morning news.

I find voice control to be far more useful than a remote that only works for specific lights.

I understand your point. But when your wife is asleep, voice control is not so great. That’s why I prefer the Pico. Plus, the Pico never misunderstands me and doesn’t depend on the internet.

I can see it now.

Yea, not so great sometimes.

I have an Echo Spot that I use for a nightstand clock. I can ask Alexa to turn the lights off. But when I get up in the middle of the night, I don't really want to wake up enough to talk to Alexa. And waiting for the rule that triggered the night lights to turn them off is annoying. I have a SmartThings button on the nightstand. Only had tap, double tap, and hold, but that works for me. I don't even have to have my eyes open to turn the lights off because there's no way to hit the wrong button. And it's tiny so it's easy to squeeze in among all the other stuff. I think it's made by Aeotec now.

This might be a little like swearing in church, but I got the Ikea Shortcut Button fitted on the wallmount of the bed. With the community driver I have it running toggle of the bedroom lights on quick press and long press to shut down the whole house.
Has worked fine so far!

I’m using the SmartThings buttons. I bought five of them before I had any use for them. Now I wish I would have bought more.

I have SmartThinigs buttons, I was hoping that production of the button would continue after Samsung sold off their SmartThings hardware line.

Yeah me too! On our nightstands I actually have both ST Buttons and Picos. The only issue with the Picos is it's more complicated to operate, having to define which buttons turn things on/off (multiple lights) and then some training..

We’ve got em rebranded and available down HERE