I have a rule which activates the entry light when the front door is opened and also notifies us if the door is left open for 5 minutes. It was working at one point, but some time ago it started intermittently announcing that the door had been left open right after we opened the door. It only happens once in a while, but the false alarms happen often enough that the family is learning to ignore the notifications rather than actually checking the front door.

Here's the rule in question: 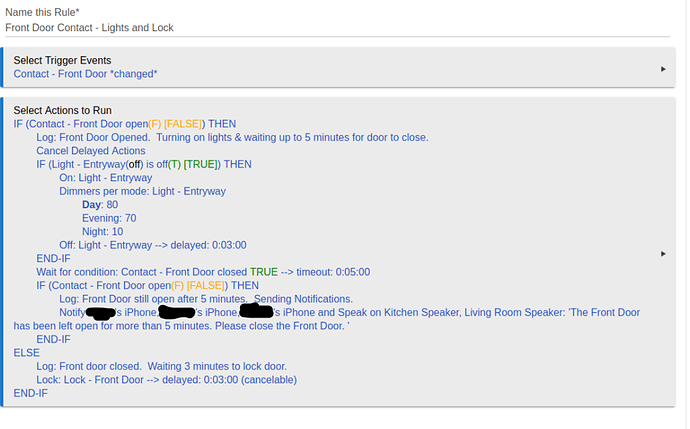 As I'm writing this post and going over the logs once again, I notice that these rules appear to be processing with a delay of more than 2 seconds after the trigger event. I wonder if this issue could be caused somehow by hub slowness?

In the logs below, I've highlited events related to the above rule in yellow. In Pink are the events related to a second rule designed to re-lock the door if it is unlocked but not opened within 3 minutes. I don't see anything in the logs that indicates that the 2 rules are interfering with one another, but I'll include a shot of that 2nd rule as well just in case I'm missing something: 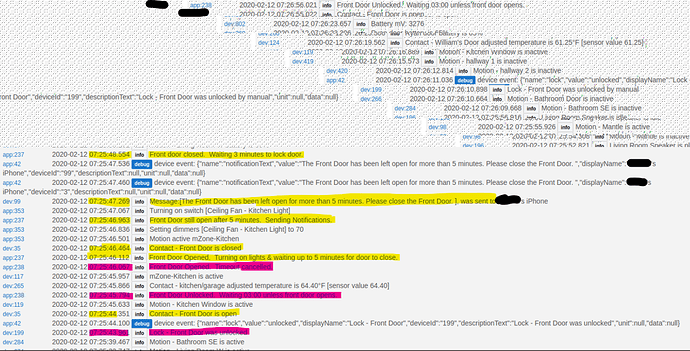 Can anyone tell me what's going wrong here?