The following rule doesn't get triggered properly for some reason. However, if I hit "run actions" the rule runs properly, so I believe it's tied to the trigger.

What I want to happen

What happens if I hit "run actions" right now

I have logging turned on for Events, Triggers, and Actions but I'm not seeing anything indicating that the rule was triggered.

Any suggestions on what I might be doing wrong? 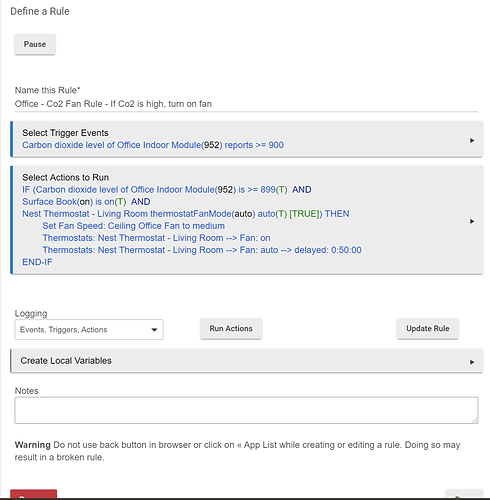 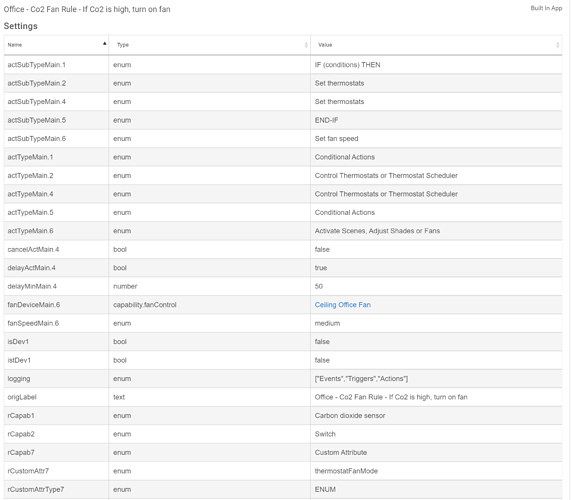 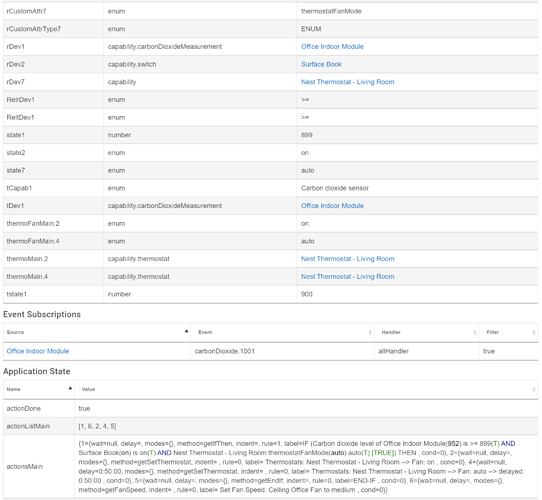 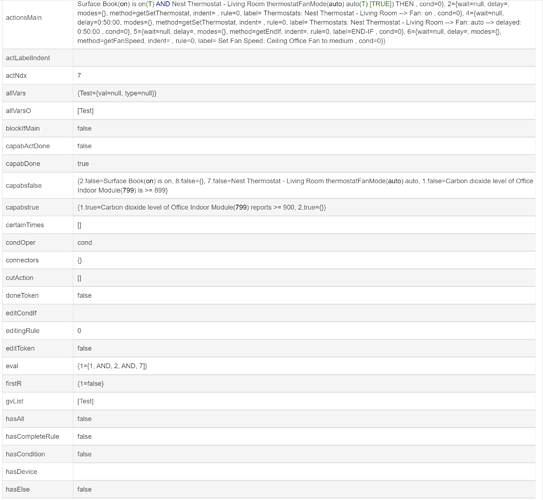 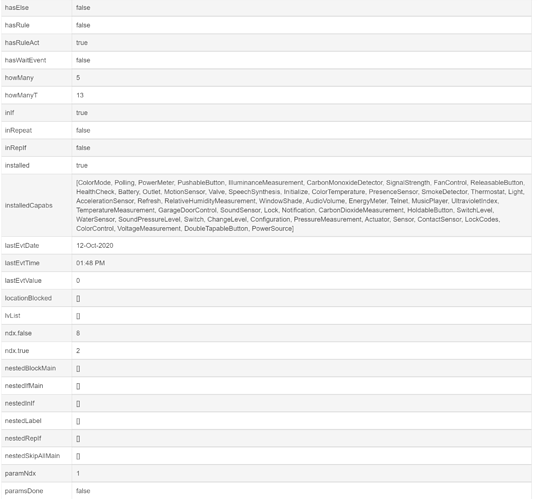 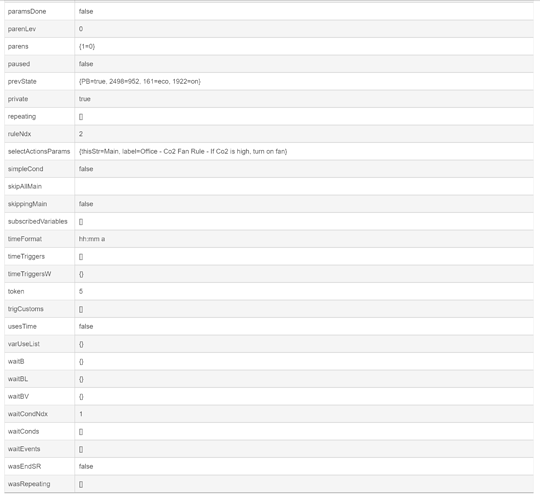 And here is the rule after I press "Run Actions". This part works exactly as I want it to. It's only the trigger that appears to not function properly. The fans are now running, and after 50 minutes it will turn the thermostat fan back to 'auto' which means it will either turn off, or go back to cooling the house if the AC was on. 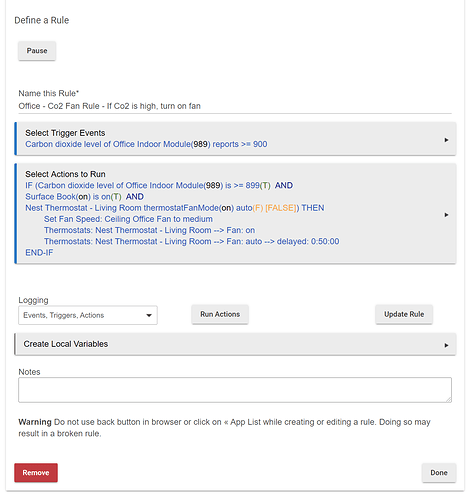 What causes the Office Indoor Module to report? What causes the event seen by Hubitat? Is it like a power meter that generates an event when the measured amount rises a certain amount? If not, and it only is able to be interrogated, then you may have to poll (trigger the rule every minute or two) and wrap the rule in a conditional IF that matches what you currently have as your “Trigger”. Remember, Hubitat is event driven.

It’s a Netatmo Weather Station. Using a community driver. The integer I want to use for the trigger already automatically updates on my dashboard (and in the rule trigger) every 5-10 minutes. I‘m trying to get the trigger to activate the rule whenever the integer (already being reported every 5-10 minutes currently) is over a specified integer value.

I’ve had success creating rules based on other sensors for humidity, temperature, etc so I figured this would be the same. If for some reason I need to poll every 10 minutes when the Surface Book switch is on, I can do that too... unless I can figure out how to get this working. After 100+ rules in 2 years this trigger is the one that had me stumped.

Don't recommend doing this on 100+ rules, but try changing that trigger even to "changed" and see if it reports. it will evaluate the rule whenever the device reported value changes, so you can see how doing lots of rules can have an adverse affect, but just for this one, to see if this will trigger properly. Leave the rest alone, but change the trigger event.

I think for some things, a time based (polling) trigger might be more appropriate than looking for a change that may or may not happen.

I don't see any reason that you couldn't do say a 2 minute poll of the sensor, especially if you have a way to sense occupancy or if you are only in that room during a certain time of day.

Agreed. One of those things that helps to discuss on the Internet with strangers to help you see the right answer. Thanks all!