Help with a Rule & Picos

I would like to set up a pico to control a sensibo device which has the below options: 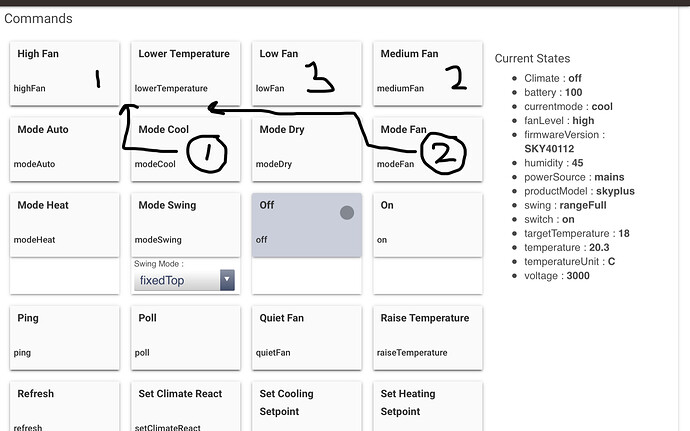 What I’d like to happen is that a press event of a pico, toggles through the 3 fan settings: High, Medium Low and a press and hold toggles between The Fan and Cool mode….

What would be the best combination of apps / RM rules that would make this possible?

I would use Rule Machine for this. Button Controller won't work since it looks like you'll need conditionals (to check the current state). With Rule Machine, you can create a new rule with a "Button Device" trigger (not "Button"), and you'll get an interface nearly identical to that of Button Controller. You could then do something like:

From what I can tell by that screenshot, none of those attributes ("Current States") or commands (buttons on the device page) you need for this are "standard," so you'll have to use RM's custom attribute feature when creating your conditionals and a custom action instead any of the "standard" actions from the menus like you might be tempted to if these were standard fan or thermostat commands. Your custom commands do not appear to take any parameters, so just the command is enough (this confuses some people).

Sorry for the delay replying - just got round to testing this and works perfectly! Thanks for the help!