I posted this to SmartThings forum the other day but since theres not much traffic there anymore I thought it might be more useful to share here:

A few months ago I installed a Dome Range Extender in our laundry room to help extend the mesh to nearby sensors. I used the default settings and generic “Zwave Range Extender” handler and didn’t think much of it. This device has a night light on it that will turn on when the built in light sensor detects low light levels which seemed like a bonus. 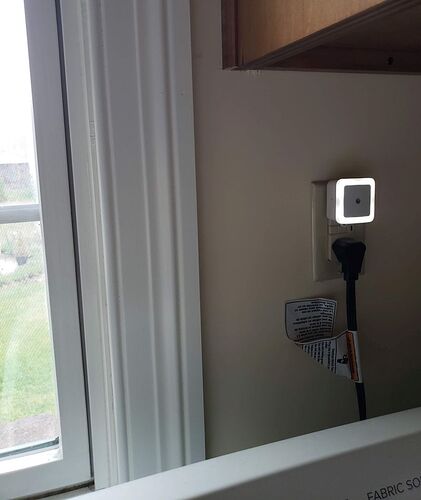 For the most part my zwave mesh has been really solid and doesn’t give me any issues.

A few weeks ago I happened to have live logging running and noticed that every few seconds the Dome Extender was logging a SwitchBinaryReport. This went on for 10-15 minutes or so and then stopped. I chalked it up to weirdness and moved on. Since then I’ve caught it doing it several times and figured out that it always seemed to be around the same time in the afternoon, but not every afternoon. After some thought it dawned on me…

Every time the night light turns on or off, the device sends a SwitchBinaryReport to indicate its new status.

And this photo should tell you what was going on… 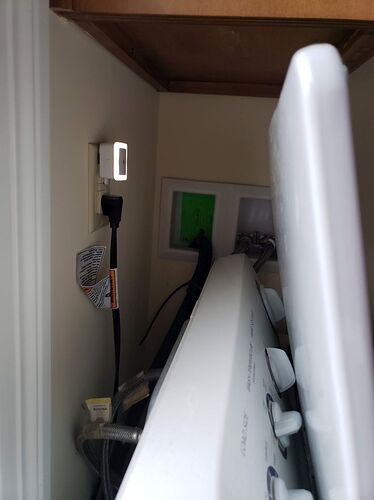 I added logging/counting to the messages and it ends up sending 800 or so SwitchBinaryReport messages in about 10 minutes.

Lesson learned: Disable the night light feature. Its not needed anyway. And sometimes the simple explanation is the non obvious one!

Footnote: As Kevin mentions here, the device does support 2 parameters that are mentioned in the manual that are supposed to set the on and off levels of the nightlight. By default, they both reported “5”, so I thought maybe if I set those to other values (and not the same threshold) the device wouldn’t have the same behavior of rapid nightlight changes causing a message flood. Kevin was right, the device’s behaviour does not change based on those settings. Dome DMEX1 Range Extender/Repeater device handler? - #9 by krlaframboise - Devices & Integrations - SmartThings Community