@csteele I am with you on the bathroom. I have been trying to find something my wife does not think could "look like a camera" to guest. I am hoping the HSM200 will pass as a "night light".

Anyone using these, think it will pass the bathroom motion sensor WAF test?

AC Powered Multisensor With RGB Indicator HSM200 senses motion, temperature and light level and it can be programmed to glow up to 7 different glowing colors when things happen in the home. The unit is line powered so there are no batteries to...

That does look a bit more like a night light than a sensor.

I find that the Inovelli sensor look the least like a camera due to their flat opaque face. I have some ZOOZ 4-in-1 in areas where I want humidity sensors. I also like that I can control their sensitivity level. I also have a lot of the Samsung Motion Sensors elsewhere. Those Samsung sensors are really, really sensitive and work very well.

That’s why I’m replacing all my ceiling mounted multi sensors with the inovelli ones, they look good, and they look nothing like cameras.

I use the Iris V2 motion sensors which are pretty small to begin with. All of mine are placed at the top of the door / entryways and pretty inconspicuous unless you look up. The only reaction I got from a friend/visitor was the one posted inside the bathroom area. It was facing the toilet and they were initially worried it was a camera and not just a motion sensor. I had to explain and show them I was NOT recording whatever they were doing in there!

What's the reaction time like on the Inovelli 4 in 1 sensors compared to Zigbee motion sensors?

I think zigbee are always faster, but the inovelli seems to trigger in a second or less for me

I think zigbee are always faster,

I think so too.

I attribute it to a faster power up sequence. The sensor detects, but then it has to power up the Z-something radio... Zigbee is faster to power up in my house.

I have a lot of motion sensors, 2 brands of ZWave, 2 'brands' of Zigbee. (Iris v2 and v3 but they are from different manufacturers.) The LED within each flashes on motion. The LED comes on, the resulting reaction of RM + Z-device to turn on a light always seems the same, ZWave or Zigbee. Before the LED is off on the sensor, the room light is on. About 250ms (1/4 second). However... where I see the difference is in the gap between movement in the sensor's known window and the LED flashing on.

I have various places where I can 'sneak up' on a sensor. One giant step and I'm in it's detection window. For Zigbee, I can see the LED almost instantly, and thus the room light comes on, 1/4 second later. For ZWave, I can see the delay before the LED comes on, and indeed the room light comes on 1/4 second after, but that up front delay is very obvious to me. Again, I attribute it to the Radio's power up readiness.

I have seen the same. My Zigbee sensors generally seem to be faster.

Yep mine too - although having replaced a few of my basement MS6's with the 4-in-1's and my experience so far is the 4-in-1's seem faster but haven't tested.

Using Z-Wave sensors just means you may need to use a few more of them to detect motion sooner.

I agree with @jared.zimmerman - I like the look of the 4-in-1's and the fact that they don't repeat even if usb powered.

Not novel, I suppose, but I have one mounted under my desk to turn on the desk lamp every time I sit down.

Will this thing work without the HomeSeer hub? When I look at it on Amazon, there is a giant warning saying 'Not compatible with other hubs'

Anyone use this with Hubitat?

Anyone use this with Hubitat?

Yes I have three, they work great.

Lol her in lies my problem. Eight people living in the house age 10 to 69. It is hard making automations that don't make someone angry a lot of the times. Or getting people to adjust their ways to the automations. I know kinda strays from the hubitat philosophy but for me its about excellent control. Voice commands and such.

How are Iris V3 motion sensors compared the V2? Are they as fast? What’s the reset time on type V3?

I only recently got a single Iris V3 sensor and use it in a Motion Aggregation Zone so I haven't got a ton of data myself, but I just turned description logging back on and walked in the room, it seemed to log immediately. Also it looks like mine waited 30 seconds to mark as inactive from active.

Thank you for the info!

I found these light switches people often do not realize they are motion sensors
GE Zwave plus motion switch
put them in all my rooms and near entrance doors.

This is why I strongly prefer (and therefore replaced all others) motion sensors with the Inovelli 4-in-1s because they are super minimal, no domes, black dots, or anything that looks like a camera or too “techie” 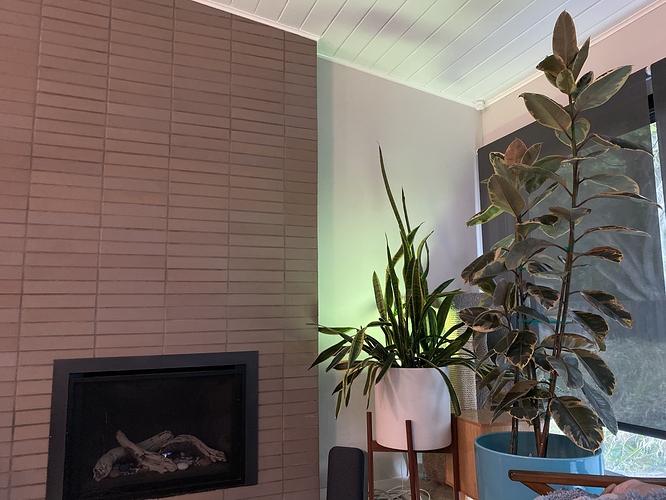 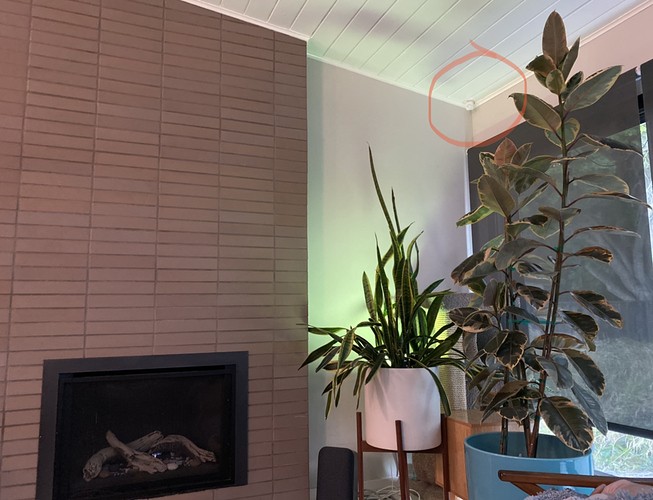 GE Zwave plus motion switch
put them in all my rooms and near entrance doors.