Using Rule Machine, I created a rule that turns on shower fans based on humidity and turns them off again based on the same. The humidity sensor I'm using is the IRIS V3. So far the rule has worked fine, but recently I've noticed that when the rule triggers, the shower fan will go on, then immediately turn off. Then it will turn on some minutes later.

I added an action to cause it to wait 10 minutes after turning on thinking that would stop this on/off problem, but strangely, it did not. I'm enclosing a screenshot of the rule below... can anyone look at this and tell me what I'm doing wrong, because I have no idea.

I'm trying to figure out if some other rule is causing the shower fan to turn off but so far I'm not clear on which one could be doing that. 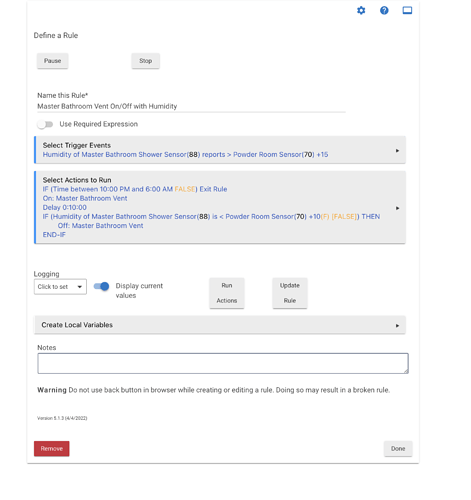 Turn on logging to trigger and actions then check the past logs right after it happens. With your trigger being only when > instead of changed I would expect it to only get one chance at shutting of the fan when the 10 minute delay completes.

Hadn't thought of that, re: the trigger. Have to wait until my next shower before I can show you the logs, but in the meantime, i rewrote the rule as follows: 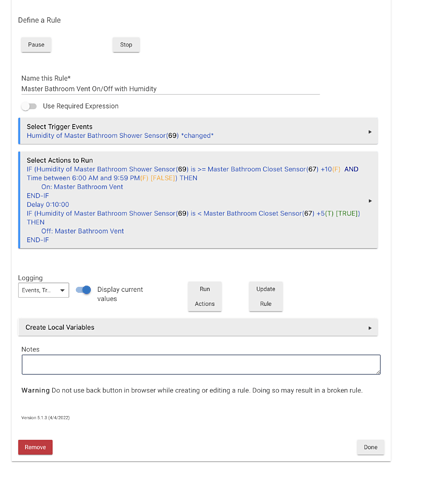