If any of the motion devices trigger, alarm goes off.
I was expected 2 devices must be triggered.

Based on what you said, it sounds like that should work as expected. But what "alarm" is this? ZMC just creates a new, virtual/zone motion sensor, that aggregates the sensors you've selected and makes it active/inactive according to the criteria you've specified. In your case, it should make the zone sensor active if two sensors are active at the same time, or more specifically if one sensor becomes active while at least one other sensor in the zone is (still) active.

So, I guess my questions boil down to: 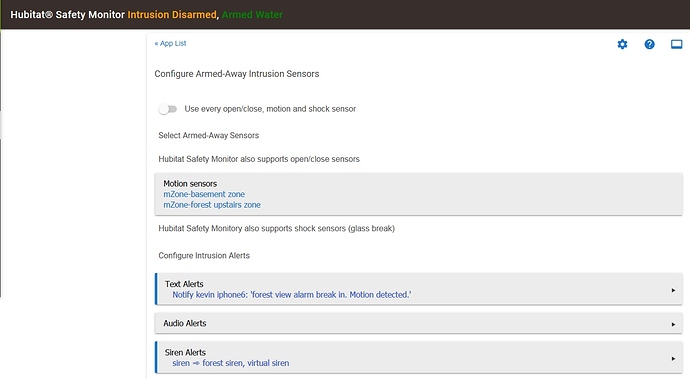 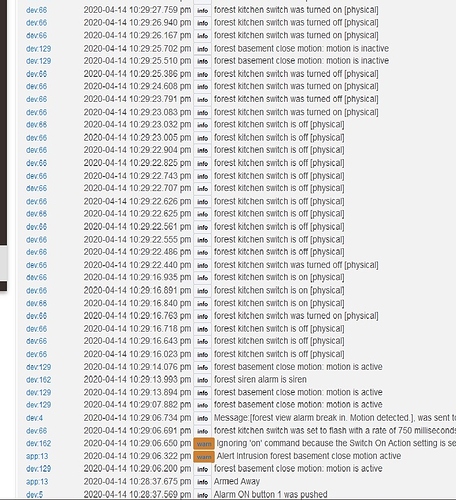 I'd also expect something like "false motion detected, x out of x sensors qualified" in the logs (I see that but probably have logging enabled; I'm not sure what the various options for this are), but there's no reason to depend on that--just look at all three of your sensors and see if their "Current States" really do show "active" for only the one sensor that you think it does. Again, one problem here could be that one or more other sensors are stuck as "active" and your automation is doing exactly what it's supposed to be doing. You won't see that in the logs if it's been stuck that way a while.

If everything seems fine, you could just try re-creating the ZMC app in case something, possibly out of your control, went wonky with the first attempt. But I'd check the individual devices themselves for problems first (the "stuck active" thing is my guess) since you'll run into the same problem if that is the case.

Also, it's not clear to me what "forest basement close motion" is--is it part of one of these ZMC apps? I can't tell what most of the app/device IDs in your logs are, but it looks like HSM might be responding to that sensor directly and not the ZMC (mZone) sensor you have configured. Is it still specified directly somewhere in HSM? There are things happening in the logs that I don't see specified in this screenshot (lights flashing?).

I will move my inside motions sensors to one zone and give up on multiple zones.