Exercise or challenge for those more experienced than me in devices

I would like to manage the staircase lights without pulling new wires.
This is the circuit that manages my stairs. 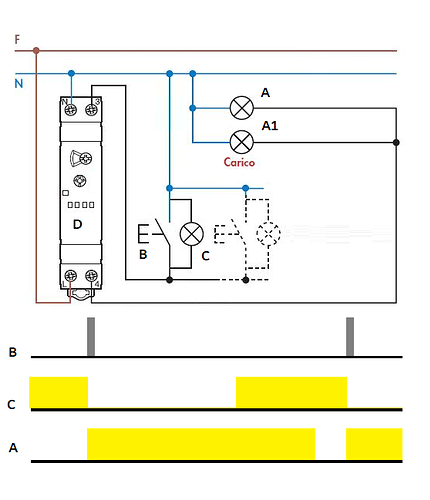 The difficult part is not to turn on or off the staircase lights (A), but to turn on and off the pushbutton lamp (C).
How i can do it?
I hope the time diagram is clear.
When the lamp (C) turn ON again i can restart the timer pushing the pushbutton.

Note: If the solution left the pushbutton lamp on all the time, that would be fine too (but the grade is lower

So are you opposed to a non-wired solution, i.e. rule or association based?

or smart bulbs rather than smart switches? Which I'm guessing may be what you are referring to @thebearmay...?

You could use bulbs, or Zwave Associations, or just a rule with a couple of smart switches that allows switch A to control C. All of these would bypass the wired limitations.

Sorry all but i don't understand your solutions
Can you give a pratical example?

For mine I was suggesting something like installing Philips Hue smart bulbs into your light fittings, ensuring you maintain power to the bulbs (leave the switch turned on at the wall), then the smarts around whether the bulb is turned on or not is handled via things like a zigbee switch or a HE rule, etc.

Think of a ZWave association as setting up a command and control switch and one or more controlled devices. The C&C switch will use the ZWave protocol to directly tell the controlled devices when to turn on/off without involving the hub. This has its pluses and minuses, and is generally more complex to set up than most people want to fiddle with.

The rule based approach, sets up a similar scenario but uses rules or an app on the hub to forward commands from one device to another. Devices don't have to be on the same protocol, and this is generally easier to build and maintain.

Why not replace your timer module with a dual switch? Per your drawing, I see line for both lights at the timer module.

The problem is to light up the pushbutton lamp.

How?
Can you give me more details?

This is the lamp i need to control... 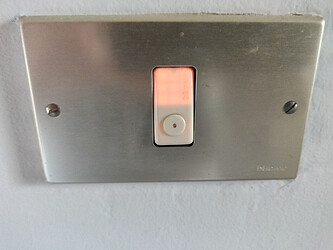 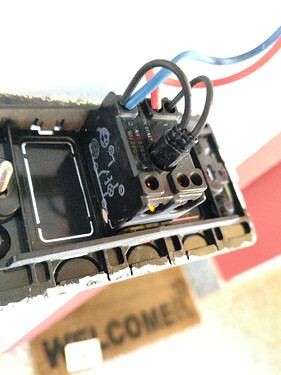 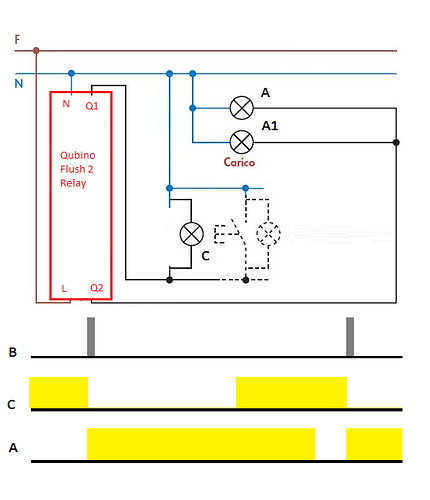 Might have room to slip something like this in there to control it:
EnerWave ZWave Plus Relay
or
Aeotec Nano

I didn't see a neutral... that might be a fly in the ointment.

Nano Switch requires neutral, doesn't look like the Dimmer does though.

Says it is optional... I have been looking for something to control the fan in an existing ceiling fan that has no wall switch, just a pull cord. But I suspect the dimmer would be a bad idea?

I've seen fan rated dimmers, but don't believe the nano dimmer is. Enerwave has a fan rated one, but I think it requires a neutral.

Is the lamp a LED, or can it be replaced with a LED? If so, just let it stay on. A led to light the button is probably going to use less power than powering another zwave/zigbee module and relay. My .02. I'm also cheap and lazy though.